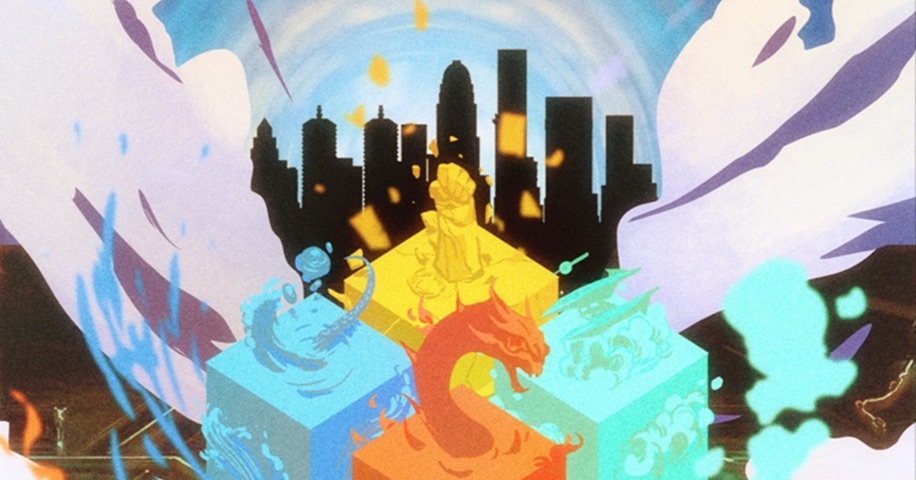 Louisville prides itself on being weird, and a big part of that weirdness comes from its nerd culture. At the center of that nerd culture is Nerd Louisville, an organization committed to bringing nerds in the city together and fostering future generations of nerds. Their biggest event of the year is NerdLouvia, a convention that features tabletop gaming, video games, anime, cosplay and more. It takes place Friday, Nov. 8-11 at Spalding University. We spoke with Nerd Louisville President Jonathan Meadows about the weekend ahead.

LEO: Let’s start with some background on the event itself. How did you come up with the idea to do NerdLouvia?
Jonathan Meadows: We’re kind of a unique organization in that we are a charitable nonprofit, and the origins of our group go back to two guys — Andy Bates and Mike Pfaff. The first event we did was called Slur Your Roll at Kaiju. It was a free event at the time, but eventually, to keep crowds at a manageable level, we started charging a small dollar amount. As a result of that, we started making money, so we thought, ‘Let’s start this Next Gen Nerd initiative.’ Our very first thing was called PatchCon with Cabbage Patch, a local group that served at risk kids. The larger we grew, and the more people we had volunteering, the idea came up, ‘You know, Louisville doesn’t really have a great gaming convention. What if we did a gaming convention/fundraiser?’ There’s an event downtown called Cyclouvia, so we said, ‘Let’s call ours NerdLouvia.’

What’s new this year that you’re particularly excited about?
We have a lot that’s new this year. We have a brand new space. This year, we found a space at Spalding that is perfect. There’s going to be two main gaming halls. There’s parking right out front. We could not have lucked into a better space. No. 2, we have a brand new registration system. We kind of patchworked our own registration system in the past. This year, we found a really good alternative that handles registration very well in terms of the actual games and events. Guests can register for games after they buy a ticket, and if they change their minds, they can easily unregister and register for something else. We also have panels this year. We have Michael Williams, who worked with and for Tactical Studies Rules to edit Dungeons and Dragons modules in the very early days, doing a panel at 1 p.m. on Saturday. He also helped write the Dragonlance series of novels, which were the first D&D books that took off and captured the imagination of people. Everyone still talks about Dragonlance. There are other panels like ‘Who’s Line Is It, Anime?’ We have the guys from the Improv Collective coming in and doing this goofy, nerdy take on ‘Who’s Line Is It, Anyway?’ There’s also a panel on ‘Improv and Game Mastering.’ This is going to be our biggest and best year ever.

You always have a great selection of tabletop games going on. Do you choose all of those yourselves, or are people able to recommend games to you all that might get worked into the next event?
We will, on our own, pick some games that we want to teach and run, and then we have a lot of volunteers, and we let them run what they want to run — within reason, of course. We’ll give them a game submission form and let them run it. We, of course, vet all our people, so we know they’re going to be running good games. We try to have a mix of popular roleplaying games — Pathfinder, D&D — as well as some of the more indie, storytelling type of games. We’ve got some local, indie game makers that are running their games here. It’s a great mix of everything.

Tell me a little bit about the Next Gen Nerd Fund.
Most of what we do is geared towards Next Gen Nerds. A couple of weeks ago, we made donations to Maryhurst, giving them gaming consoles, TVs and some software to create their own game music. We gave Home of the Innocents gaming consoles and controllers. St. Joseph wanted Nintendo Switches and PS4s. We donated about $1,000 worth of manga for the kids at Shawnee. We also partner with the Louisville Free Public Library, and we have promised to help them buy supplies for the Maker Space at their new location on Hurstbourne. There was a partnership between us, the city of Louisville and the Louisville Free Public Library where we donated Chromebooks with wifi hotspots including a year of free internet. This was a program for single parents trying to go back to school.

I was looking at your code of conduct, which is something I really appreciate. Is that something you’ve always had or has it evolved over time?
Before, our code of conduct boiled down to “all nerds are created equal, so treat them that way.” We would like to think that that’s enough, but as we found out, it’s not. We’ve had to expand that and be more upfront with what’s not OK. I’m not going to say we’ve never had behavioral issues because we have, but we’ve taken care of them. At a kid event, there was an issue where a 14-year-old kid was misgendering someone. And to his credit, he had no idea he was doing that, but we talked with him about it and made sure we added things into our code of conduct to account for situations like that. If we find a situation where someone is intentionally doing something like that, first we want to talk to them and try to resolve it, but if they’re not willing to change their stance, they’re not welcome at our events. We want to be as inclusive as possible, but we expect that anyone at our events is respectful.