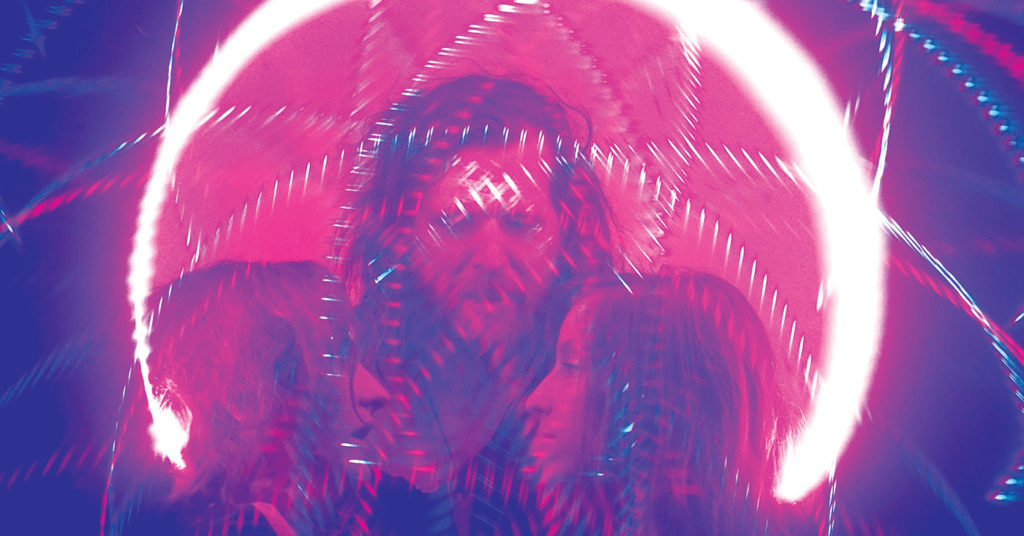 The mystical trio Twin Limb are back creating ethereal sounds with the release of their second full-length album In the Warm Light, As a Ghost. After a brief hiatus for members to relocate and develop new projects, MaryLiz Bender, Kevin Ratterman and Lacey Guthrie deliver a record that plays to each of their musical strengths.

“The three of us are definitely drawn to each other creatively,” Guthrie said. “I think we all speak the same language, and there’s a particular feeling we all want to communicate via Twin Limb.”

Bender and Guthrie sing pleasing, two-part harmonies as if they were twins communicating through a telepathic connection. On this album, Guthrie’s vocals are the featured standout, and with control and confidence, she cries out strongly and powerfully, especially at the end of the song “Water,” as she wails, “Let it go / Give it time / Healing is a road for you to hold your mind.”

Her accordion playing alongside Bender’s paced drumming and the trickle of Ratterman’s guitar notes on “Odessa” is a perfect example of electric romance. Twin Limb’s journey to making this album started two years ago, but it hasn’t been easy since two members now live on opposite coasts.

“Much of the record was recorded at La La Land, and later on, MaryLiz and I went to Kevin’s in [Los Angeles] to finish recording vocals and some other overdubs,” Guthrie said.

Ratterman is the founder of Louisville’s La La Land recording studio and produced music there for several years before hiring Anne Gauthier to take over when he moved out West to start his new studio, Invisible Creature.

Despite the logistical challenges for the band, Twin Limb will continue to make music.

The band states their new album “is deeply personal — an almost literal documentation of a very transformational and emotional period in the lives of the three people who made it, though they had no idea what they were creating while in the midst of creating it. In hindsight, it appears to follow the course of intense change and all it entails: From pain to elation…sadness, triumph, and everything in between.”

This album confirms their ability to take dream pop to the next level — or possibly dimension — which they allude to on the last track, “Music of the Tesseract.” The final two minutes will prepare you for an epic float into the black void of outer space.