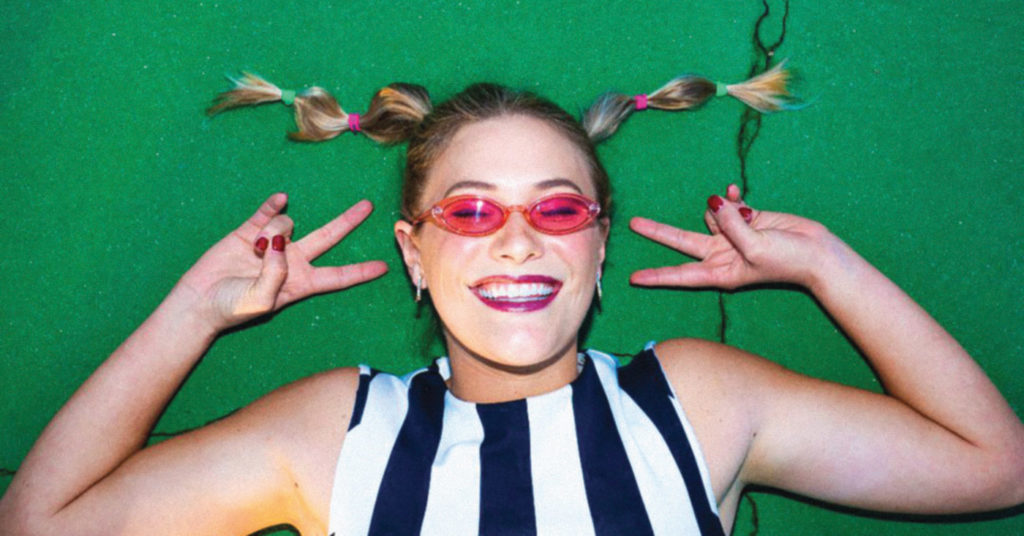 Comedian Katherine Blanford, a Louisville native, remembers well when her family came to see her perform early in her career. “I did all my dirty jokes, stuff about queefing and whatever. Even if you didn’t know me, you would have felt how uncomfortable everyone was,” she said. Look for her friends and family when she performs this week at Four Pegs.

LEO: Does knowing that lots of friends and family will be in the audience add pressure?
Katherine Blanford: Absolutely! This is my worst nightmare. No, it’ll be fun. I like doing crowd work a lot, and I’ll be asking questions to people I’ve known my whole life. I have a couple of bits where I talk about family members or tell a funny story; the people involved could be in the audience. Usually, you’re trying to sell yourself. You’re in front of a crowd of strangers, and you’re trying to leave them a little part of yourself. There, I’ll be in front of a bunch of people who know exactly who I am. And they’ll punch holes in everything that isn’t 100% the truth.

Is there any material you’re dreading having to tell in front of your family?
This reminds me of the worst bomb I’ve ever had. I did a show in Lexington. My dad is one of 10 kids from the country. He invited everybody. My mom invited her whole side to drive up from Owensboro. Back then, I had a lot dirtier jokes, and there were 80 family members in the audience. I had to do 10 minutes. I was a year into comedy, so my material wasn’t great anyway, and I had to do everything I had just to fill the time. I did all my dirty jokes, stuff about queefing and whatever. Even if you didn’t know me, you would have felt how uncomfortable everyone was. Truly, nothing can get worse than that. Glad I have enough material now that I don’t have to lean on my queef stuff anymore.

What was growing up in Louisville like?
I was a Catholic schoolgirl. I went to St. Margaret Mary, then Assumption. I had so much fun. It wasn’t until I got to college that I was like, ‘Huh, that was a very sheltered life.’ Finally, I got to Atlanta and realized that I had literally only known white, Catholic people the majority of my life. Going to an all-girls Catholic school, I was never obsessed with being the girly girl. I would go five days without showering, and I ran cross-country. I was disgusting. However, I feel like being that weird, quirky girl in school made me more open to new experiences once I saw how sheltered I had been. But I love that being weird and quirky was praised where I went — I never felt like I had to be the cool girl.

What made you get into comedy?
I took a stand-up comedy class. There wasn’t really a plan. It was more of a bucket list kind of thing. That’s why my first time wasn’t real. That first show was like graduation from the class. So, you were on with people who sucked, too, in front of an audience of people who were supportive. That went well, so I thought I was a genius. Then, I went to my first open-mic. Six people in the audience, and it was silent. That brought me down to reality.

Your day job is as a nanny. What’s your funniest nanny moment?
They just ask me weird stuff. They’ll say, ‘We wanna go see your office one day.’ And I’m like, ‘Do you think I’m here for fun? Do you think I’m wiping your butt because I like it? Do you think we’re friends? We’re not friends.’ •