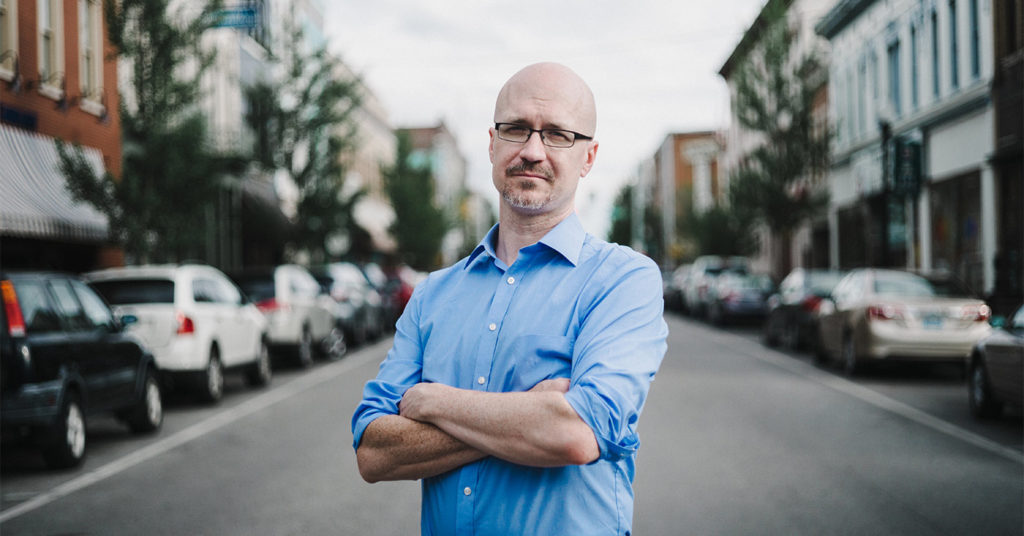 Now that we have been able to observe the outcome of the 2019 elections, there is no reason why we should not be able to forecast, with perspicuous clarity, the outcome of contested elections next year. If you listen to national media personalities, the folks who think Kentucky has had a Republican governor since the 1600s and who like to fetishize the Midwest from the comfort of coastal universities, vegan sushi restaurants and rejuvenating-cucumber-water-sensory-deprivation tanks, it is all but certain that Trump, McConnell and the rest of the scoundrels with a collective hand up the collective ass of the great red state puppet will be bounced out in 2020. It doesn’t seem to matter that Indiana still has a GOP supermajority or that Kentucky Democrats have lost not only both chambers of the state legislature but every single statewide seat (except the one belonging to a hideous caricature of a power-mad, used Hummer salesman). This, they say, is a referendum on the national GOP, so we can kick back and look forward to Sen. Amy McGrath and President… oh gosh, Obama again? Maybe? Or Merrick Garland? Is Chelsea Clinton 35 yet?

A boy can dream.

One small problem: It’s at least possible that all this national political calculus could be knocked lopsided by Kentucky’s current governor staying in office past his eviction date. Bevin, the consummate WWE-style politician, can take a hit to the head without really seeming to notice, so it’s no surprise that he would burst through the wall of an election loss, emerging on the other side with another concussion, maybe some mild brain damage, but no noticeable change in his stride. True, Bevin lacks the narcissistic, senile charm of a Donald Trump, the kind of charm that can convince political turds to become diamonds. But Kentucky’s power structures are oozing red, and you can bet that if the GOP can keep one of their own in power and make it look halfway legitimate, they’ll do it.

So when Bevin makes what the Courier Journal calls “allegations of widespread voting irregularities and fraud,” it is reason to take notice, even if it sounds like a move made by someone who just read the SparkNotes summary of “The Art of the Deal.” Bevin is most certainly capable of a ham-fisted, illegitimate power grab, but there could be more here. Unfortunately, since he has yet to specify a single “irregularity,” we are left to speculate as to what the nature of those aberrations might be.

However, history leaves us a trail of crumbs to follow right to Bevin’s breadbasket. There are only a few “irregularities” of the type that could undo a gubernatorial election. Below I list five of the most likely possibilities.

1.  Hundreds of convicted felons could have voted for Andy Beshear (you know, the guy whose name has been on all the pleadings opposing every criminal appeal filed in the state over the last four years; he’s real popular with ex-cons). Since Kentucky is one of the few states left that makes convicted felons file special papers, burn special candles and learn a special dance before regaining the right to vote, these votes could be invalid.

2.  Millions of undocumented immigrants could have voted in this election, as President Trump claimed they did in 2016, and no one would know. Why? Because the president’s voter fraud commission, which requested voter information from secretaries of state for the totally innocent purpose of combating all this illegal voting that definitely happened, lasted only a little less than a year. It turns out that only the most servile, bootlicking, Kool-Aid snorting secretaries of state were reckless enough to actually turn any of this info over to the Trump administration, and Kentucky’s Alison Lundergan Grimes wasn’t one of them. Never fear: Kentucky has elected a Republican to oversee elections and voter information, so this obstacle has been removed.

3.  Mice! Hundreds of ‘em! Eating the ballots! Chewing through the wires on the voting machines and stuff! I seen ‘em!

4.  Andy Beshear, who seeks to replace the Kentucky Constitution with Sharia Law, is actually a citizen of The Islamic Republic of Iran. I Googled this for more than 24 minutes this week and, shockingly, was unable to find any incontrovertible proof to the contrary. In fact, I don’t believe Beshear has ever publicly commented on the matter, which should tell you all you need to know.

5.  You fellas ain’t gonna believe this, but there’s no electoral college system in Kentucky. This means that the votes cast in, say, Pike County matter less than the votes cast in Jefferson County for no other reason than there are more people in Jefferson County. This procedural anomaly puts us out of step with the slave owners who wrote our great nation’s foundational documents in the 18th century. As right-wing pundits suggested when Virginia went totally blue last week, perhaps this is something that should be looked into.

There is a final irregularity, one that is cause for legitimate concern, and which should be closely scrutinized. How was this race, between an earnest public servant-cum-gubernatorial legacy applicant and one of the knock-off villains from the final season of “Masters of the Universe” so damn close?

Of course, Bevin wants a recount; you would too if you lost an entire state by only 5,000 votes. But that narrow gap — that the single worst politician in the country was not defeated in a landslide — is the central irregularity in this election.

It should be remedied. •