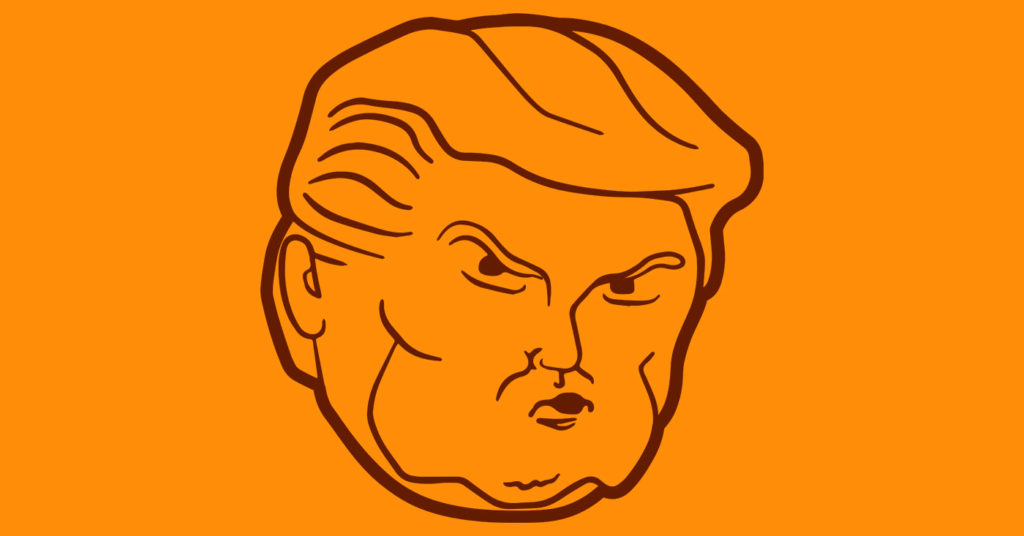 Twenty-five years ago, Mitch McConnell had an idea. Maybe, just maybe, the second-term senator could convince Newt Gingrich, the Republican war chief busy laying plans for a political earthquake later that year, to throw some money at an obscure race in Kentucky — a special election that May to replace U.S. Rep. Bill Natcher from Bowling Green.

McConnell cornered Gingrich at Richard Nixon’s funeral — how’s that for historical irony — and the former history prof agreed to secretly steer funds to Ron Lewis’ little-known campaign, according to “Storming the Gates,” Dan Balz and Ronald Brownstein’s history of the Gingrich-led revolution of 1994.

Lewis won the seat, which Democrats had held since the Civil War, and the win was a test case for what became the hugely popular Contract with America. Just months later, Gingrich led the 1994 revolution and rudely shunted Democrats into the minority.

Kentucky was the canary in the GOP coal mine. This history comes to mind now, as we confront another canary — Andy Beshear — and debate what his victory over Matt Bevin might mean for 2020 and the Democrats’ bid to end Donald Trump’s reign.

I’d like to make the case that Beshear, like Lewis before him and many others since, has found weakness in Trump’s Potemkin politics. The year after Lewis won big, the limits of the Gingrich revolution were laid bare in Kentucky.

Pike County Judge-Executive Paul Patton, a pro-business progressive from the suit-wearing side of the Eastern Kentucky coal industry, decided to run for the state’s biggest political job. Democrats had been in office for 24 years, and he didn’t believe they had much to show for it. They were susceptible to an age-old attack. “‘It’s time for a change’ — there is just no effective counter-argument for that, especially in our case because of legitimate worries about Democratic leadership at the time. So we couldn’t run on ‘more of the same,’” Patton told me in 2017. “So, we nationalized the race. We painted our opponent with everything Gingrich was advocating. We called it the Contract on America and we won a race we really shouldn’t have won.”

The Big Dog knew a fortuitous sign when he saw one, and Bill Clinton immediately bestowed on Patton FOB status. Clinton was on the phone with congrats, and White House invites flowed.

More importantly, by the next year, Gingrich and his radicals had overreached. Clinton won re-election and, despite impeachment, would leave office as the most popular two-term president since the start of presidential polling. (Only Ike’s second-term approvals were close. Barack Obama and Ronald Reagan weren’t even close.)

Patton would become the first governor in more than a century to serve a second term and limp out of office after eight years thoroughly diminished by a sex scandal of his own. A Republican succeeded him, just as George W. Bush would succeed Clinton.

But four years later, Democrats in Kentucky again foreshadowed the limits of national Republicans’ appeal. Gov. Ernie Fletcher was bounced out of office by Steve Beshear. A year later, Barack Obama took back the White House from the GOP — and, like Beshear, held onto it for two full terms. Beshear also bear-hugged the Affordable Care Act when it was under savage attack, arguably laying the way for what would prove to be an incredibly durable policy.

Enter Bevin in 2015. He had angered the party boss — his dismissal of McConnell was as epic as it was thorough — and insisted he was bigger than any party. He tweeted insults, refused to give up his tax returns and tore into rivals in the most middle-school ways possible. If anyone wanted to guess what a Trump presidency might look like, all they needed to do was look at the Bluegrass State.

“Bevin appears to have a personality like Trump’s,” Patton told me and noted that despite being a “buffoon,” Bevin had managed to win even while breaking every political rule Patton said he’d ever learned. “He’s certainly less concerned about traditional, cautionary things that traditional politicians would want to avoid.”

He also said, like Trump, Bevin had learned to say whatever was necessary to win. He noted Republicans’ lies about Hillary Clinton wanting to put coal miners out of business. Trump and his allies made it up — but they did it beautifully, he said. “It worked. There are portions in Kentucky that have switched to the Republican Party so deeply that I don’t think they’ll ever go back to Democratic Party. I am talking about heavily Democratic places like Pike County and other places in the mountains.”

Another Democratic governor told me something similar. John Y. Brown, the original millionaire playboy turned politician, knew Trump well enough to invite him to his wedding to Miss America Phyllis George. “Like Trump, no one expected [Bevin] to win a thing,” Brown said. “But he’s got the power now. He’s in control of Kentucky.”

But now, of course, he isn’t. Like former gubernatorial hopeful Larry Forgy, Bevin lost a race he shouldn’t have.

Kentucky remains a very Republican state, and he lost anyway. Many say the success of the undercard — all those Rs in statewide offices — mean that it is foolish to read Tuesday’s election as trouble for Trump.

I say it’s more than just history that says otherwise. Bevin lost precisely because he was so much like Trump in the way he governs. He’s petty, thin-skinned and dismissive of not just political norms but also governing realities. He pushed a set of pension efforts that angered teachers. A more skilled politician — a less egotistical one, anyway — would’ve tried to woo those most effected to cushion the blow. Instead, in a Trump-on-Twitter kind of moment, Bevin accused no-show teachers of being responsible for child murder and sex abuse.

He called his would-be political allies names and ridiculed those who fought his policies.

In short, Bevin was a first-rate jerk — and it turns out that voting for a jerk is tough for any but the committed. So, thousands of voters who voted for other Republicans voted against him.

Should Sen. Mitch McConnell be worried? There’s not nearly as strong a case against the senior senator. He’s not a Bevin-like figure and hasn’t routinely made enemies of like-minded people. But a lesson he might take is that when you kick enough opponents in the face, they get mad enough to vote. Will even a record turnout by Dems undo McConnell? Given the GOP victories across Kentucky, it’s far from certain.

But Trump is a different case entirely. He’s much more like Bevin. Ask yourself this: When did something Trump do or say since his election broaden his appeal? He has delivered on some core policy goals — remaking the courts, for instance — but other than one or two examples, where has he done something that has made him seem more capable, more reliable, more likeable? Like Bevin, he’s headed into an election with deep support from an entrenched cadre of voters, but few new converts. And plenty of folks from both parties just absolutely turned off. For every die-hard, MAGA hat-wearing proto-fascist ready to swing a bat at a Trump rally, there are legions of ordinary folks who believe that voting Trump out may just be the most patriotic thing they’ll ever do.

Louisville native Michael A. Lindenberger is deputy opinion editor for the Houston Chronicle and a former Courier Journal state correspondent and bureau chief. He was LEO’s chief political writer and author of the Tear Sheet from 1995 to 1999.