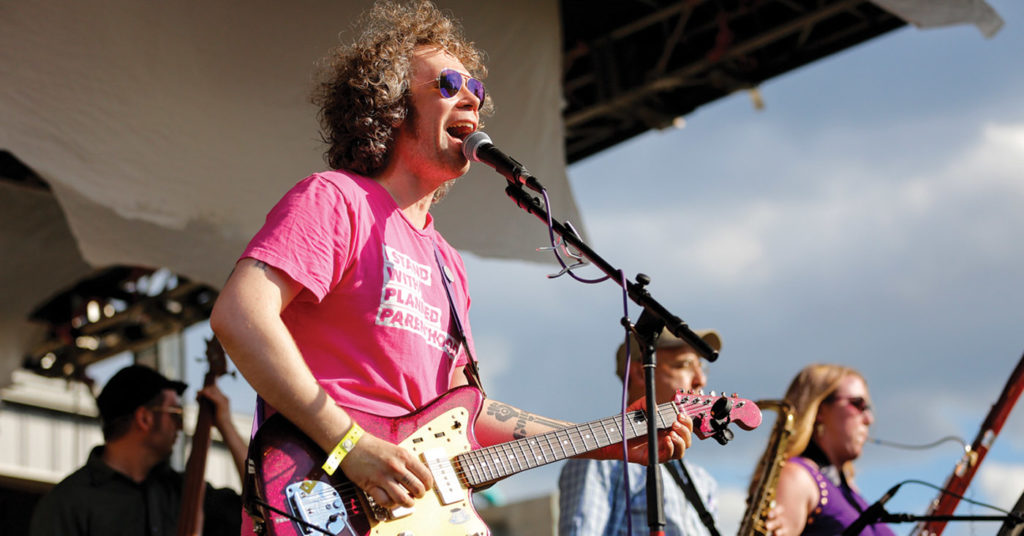 William Benton is a multi-instrumentalist and songwriter best known for his work in the bands Tyrone and Lucky Pineapple. After Lucky Pineapple disbanded, the Oklahoma native began dividing his time between Louisville and Brooklyn. He collaborated with high-profile artists including Bonnie “Prince” Billy and Steve Shelley of Sonic Youth, before releasing his first record as Cat Casual, Cat Casual and the Holy Midnight. Benton returns this month with a new Cat Casual record, The Secret Self, on SonaBLAST! Records.

LEO: Were all the songs on the new record written specifically for this project?
William Benton: Mostly. One song [‘A Kafka Kiss’] is from the era of the last record. Then, there’s one [‘Morose Code’] that was written in Brooklyn and demoed out up there. I just got used to that demo sound. It is on the record with the band playing over it lightly.

Are you still splitting time between Louisville and Brooklyn?
I’ve been in Louisville for the last five years. I get asked to do things up there with regularity, but rarely does it financially warrant upending my life here.

How did you end up in Louisville in the first place?
I originally moved to Orlando and hated it. One day a friend needed a ride to Chicago, and we passed through Louisville. I don’t remember it making too big of an impression on me. But when we were in Chicago, I stopped at Tower Records. I started talking to this young lady about how I hated Orlando and she said, ‘You seem kind of weird — you should try Louisville.’

I became aware of you because I was a big Lucky Pineapple fan. But your stuff with Cat Casual is different, darker. Is that because you’re not in the same group dynamic?
I write pretty diverse type stuff, but that first Cat Casual record does seem to have this dark, brooding thing going on. It was right after I moved back to Louisville that those songs were written. The new record starts out pretty aggressive, then it goes somewhere else.

Cat Casual’s record, The Secret Self, will be released Nov. 22.