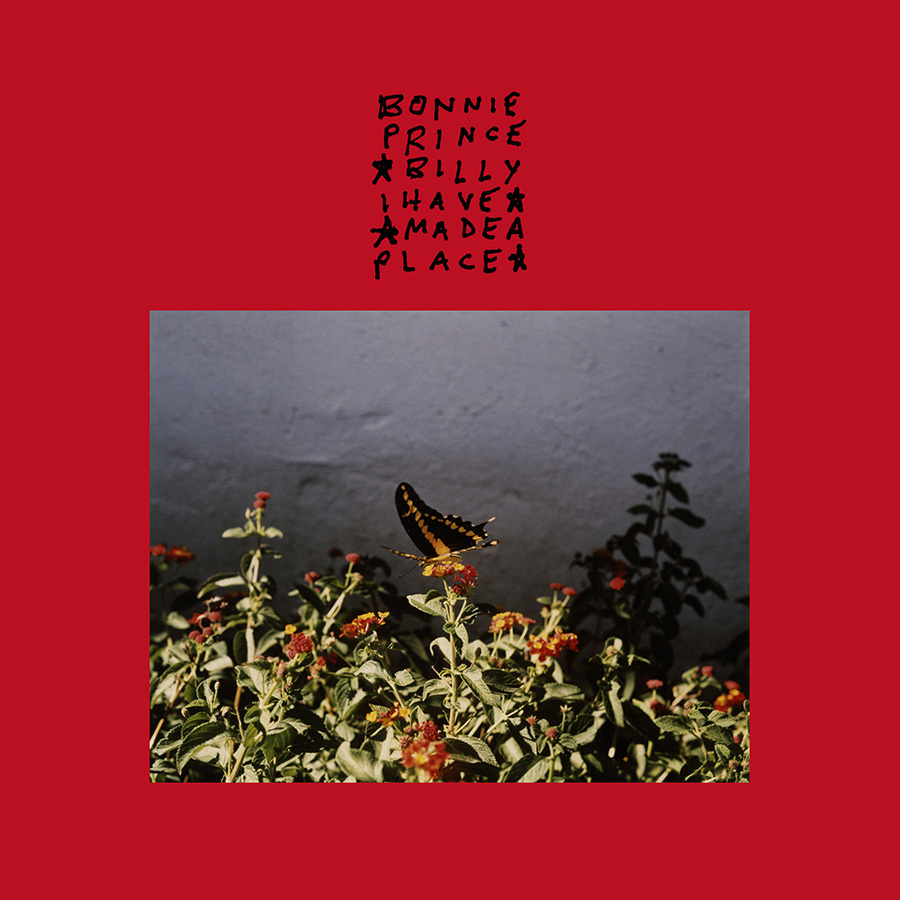 There’s a song on I Made A Place, the new Bonnie “Prince” Billy record, that I’ve been listening to over and over, retracing the lines, searching for clues. It’s called “Look Backward On Your Future, Look Forward To Your Past,” and it’s an odd track for singer-songwriter Will Oldham, who has been recording under the Bonnie moniker for more than two decades, because it’s a linear story-song. It’s about a lonely, aging man named Richard who comes across a woman bleeding in the road. Her dying words make Richard reconsider everything he previously believed in. And he becomes inspired to live in the moment. Although it doesn’t really end up mattering much since, “The history he faced was an ocean made of empty and a destiny you wouldn’t want to save.”

Like a zany Kurt Vonnegut novel or an evocative John Prine song, “Look Backward On Your Future, Look Forward To Your Past” is existentially curious and remarkably deft with its dark humor. With a carefully-balanced, details-to-ambiguity ratio, it leads you to where to need to be, then leaves you to color in the lines on your own.

Oldham has the rare ability to make listeners hang on to every word, every phrase, every sentence, out of fear of missing something — a small, but defining element of the story, a wry joke or some sharp piece of insight. It’s that magnetic quality that shines on I Made A Place. His lyrics bounce through fleeting thoughts and intense feelings with dexterity — he can be piercing, funny, witty, sardonic, deeply serious, weird, sad, searching, grateful, mad and optimistic. Throughout the 13 songs on the album, he blazes through a gauntlet of emotions, while making peace with the volatility of life, and the inevitability of death. It’s hopeful in honest and striking ways.

I Made A Place is the first Bonnie “Prince” Billy album of originals since 2011’s Wolfroy Goes To Town, but Oldham has been extremely active in the last decade, mostly putting new spins on previously-recorded songs, including albums covering Susanna Wallumrod, Mekons, Merle Haggard and even some of his own old material. I Made A Place features rich country tones and threads of experimental exploration, which are, in part, made possible by some prominent Louisville players such as Joan Shelley (harmonies), Jacob Duncan (woodwinds, keys), Nathan Salsburg (guitar) and Cheyenne Mize (fiddle). The album’s breezy, jangly opener “New Memory Box” is an uplifting song about moving forward. “Squid Eye” references Aquaman and Ariel in back-to-back lines. “This Is Far From Over” attempts to find silver linings in impending environmental collapse (“When all that’s left is sea and sun / A lonely voice says all’s not done / It’s your child who will be the one / To sing it’s far from over.”) “Thick Air” is a direct, happy-to-be-here song that promises better times.

I Made A Place is an intricate album that unravels into a massive puzzle. Some of the pieces fit easily and neatly, making sense right away. Some take longer to place. It’s an album made for repeat. In an age with a streaming cycle that makes it easy to listen to five records on a Friday and forget about most of them by the end of the weekend, Will Oldham has created something worth remembering, revisiting, digging in to and holding on to. It’s a reminder to go to your local record shop.