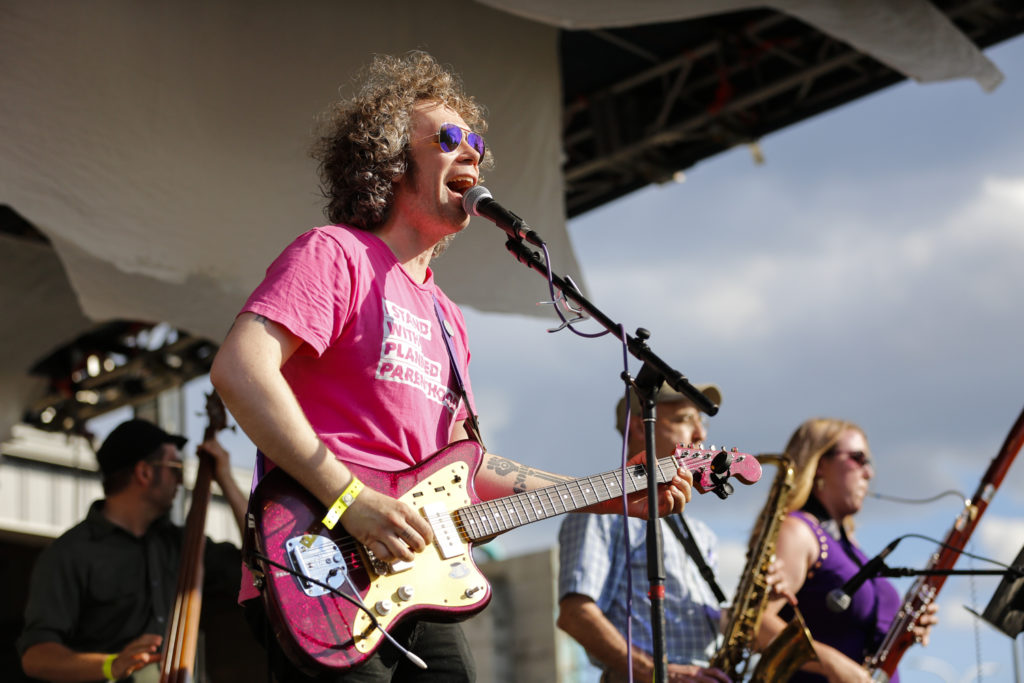 Eric Goulden, or Wreckless Eric, is best known for his punk hit “Whole Wide World,” but the 65-year-old English musician “is a rare example of an older and established artist who hasn’t lapsed into comfortable formulas,” according to the description of his recent tour, which features Goulden on the guitar and piano. He’ll be playing alongside Louisville’s Cat Casual and the Final Word (gloom-psyche).

The Writer’s Block Festival
Spalding University
Free  |  9 a.m.-6:30 p.m.
Writers, emerge from your coffee shops and darkened bedrooms, because the annual Writer’s Block Festival is upon us. Pitch your book to a professional, attend a reading or panel featuring other authors, sign up for a workshop, debut a poem with the help of a musician’s backing or browse the exhibits of local publishing groups, literary journals and writing groups. This Louisville Literary Arts Festival has all that and more, held in the Spalding University Library and the college’s Egan Leadership Center. Featured writers include Olivia Cole, the author of the young adult sci-fi “A Conspiracy of Stars” series.

CirqueLouis: ‘The Circus Show’
The Kentucky Center
$20 ($15 for students)  |  7:30 p.m.
CirqueLouis: ‘The Circus Show’ and its acrobatic artists have more in common with magic than they do with the old, traditional circuses with poor animals in cages. One thing is certain, you are sure to see something you’ve never seen. The show, part of LEO’s A Little Off Center, has a sensory-friendly Sunday performance, too, preceded by a “tactile tour” at 1 p.m., where “audience members will have an interactive sensory experience.”

Better Strangers Shakespeare
Acting Against Cancer
$5  |  9:20-10:20 p.m.
One of the last shows of the Louisville Fringe Festival, “Better Strangers Shakespeare,” is a play from the Bard… that its performers will have found out they’re performing three days before the show. And they won’t know what part they’re playing until they’re on stage. Your guess at how this will go is as good as ours.

Indiana Reptile Breeders Expo
Tri County Shrine Club, Clarksville, Indiana
$5  |  10 a.m.-4 p.m.
All animals deserve some love… even snakes! Check out thousands of creepy-crawlies at this expo, including snakes, spiders, geckos, turtles and rats. Supply vendors, will be there, too, with giveaways happening throughout the day.