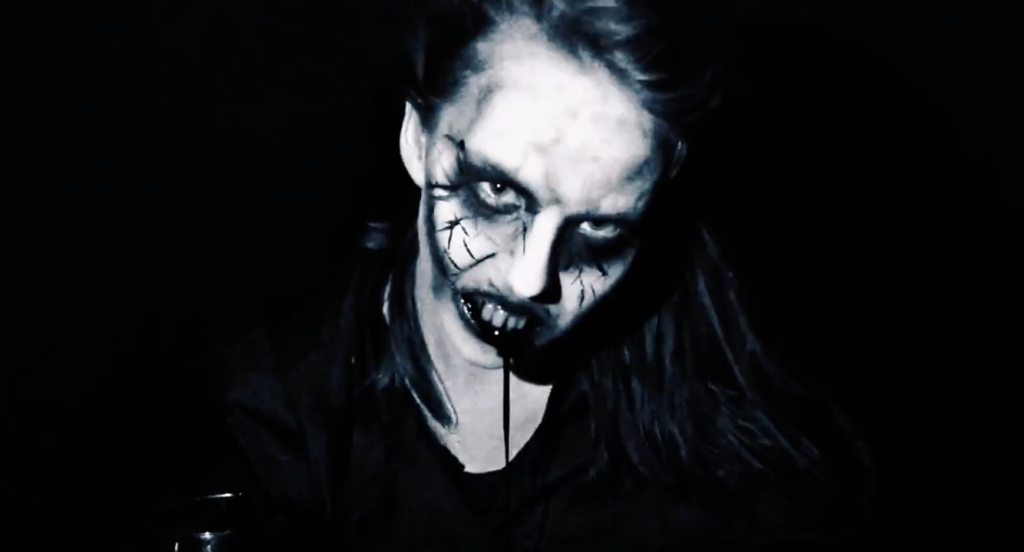 Right in time for slasher binge watching season, the horror-movie-worshiping rock band Prayer Line has released a gory, new video for “Drink The Blood,” the self-titled song off their debut album that was released earlier this year. The video contains the sort of stuff that you would expect from these guys: A cult leader and a cave demon share a chalice of blood in an evil ritual. The makeup, lighting, camera cuts and effects are interesting and wild, but, like always, the band never seems to take itself too seriously, leaning into the campy aspects of the genre as well, which makes their creations very nostalgic and easy to enjoy.

Prayer Line performs with Vaderbomb and Cutlass Supreme at a Halloween party at Kaiju on Friday, Oct. 25.