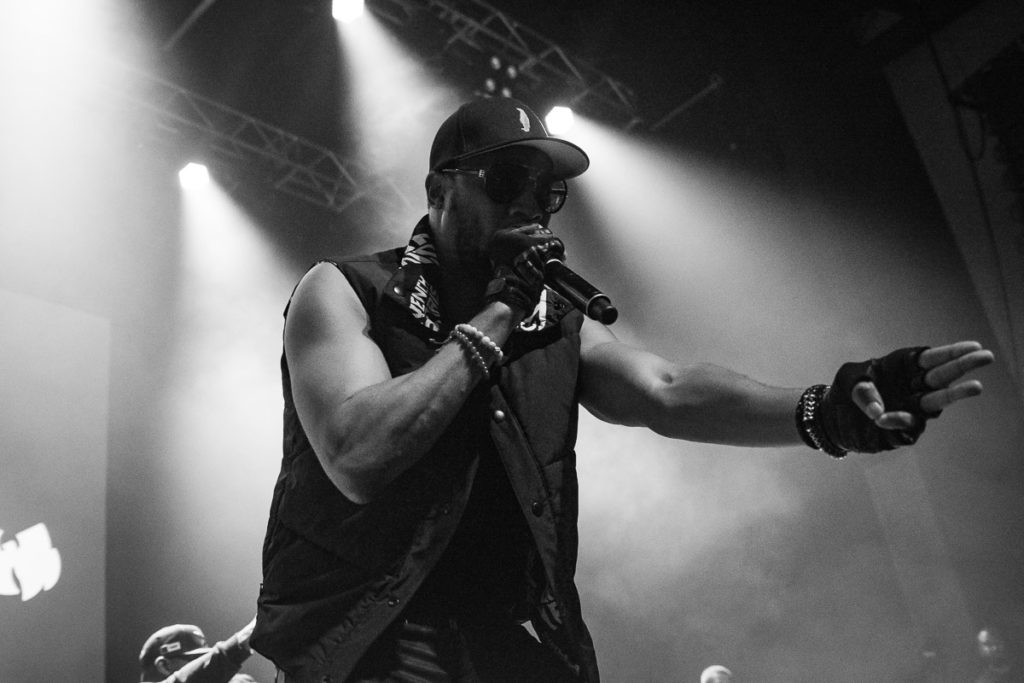 [Photos by Nik Vechery]
I’ve gotta be real: I was not hyped for this show. Don’t get me wrong, I fucking love the Wu-Tang, but it’s been a long couple of weeks, and I was not about to sit around on hip-hop time until the wee hours. But when they came out to “Bring Da Ruckus” as their opener, that shit fell straight away. The RZA kicked it off, with every new verse forming their Voltron. That’s one of many things that sets the Clan apart — every verse feels like a moment. The cheers when Young Dirty Bastard came out would melt the coldest heart: this kid can get it.

As promised, the set was a tribute to Enter the Wu-Tang (36 Chambers), with each song getting its own spotlight. Before “Can It Be All So Simple,” RZA gave a short speech citing Muhammad Ali as an aspirational figure. When “C.R.E.A.M.” popped midway through, you were there in the streets with them. That signature sonic branding that RZA made — the slightly off-killer beats — was on display. One of the only downsides to the set was the mud in the speakers, but they put together such a set loaded with classics, that they transcend every potential sonic hurdle through their energy and grace. And goddamn, GZA can rap with the clarity of a god. There was also a pronounced absence of the Method Man.  But the medley of Wu side projects from Liquid Swords, Only Built 4 Cuban Linx…, and ODB’s first two classics made up for it. They ended singing a Marvin Gaye song, everyone sauntering off the stage, while RZA gave out cups of Grey Goose, showing again how the Wu-Tang ball.