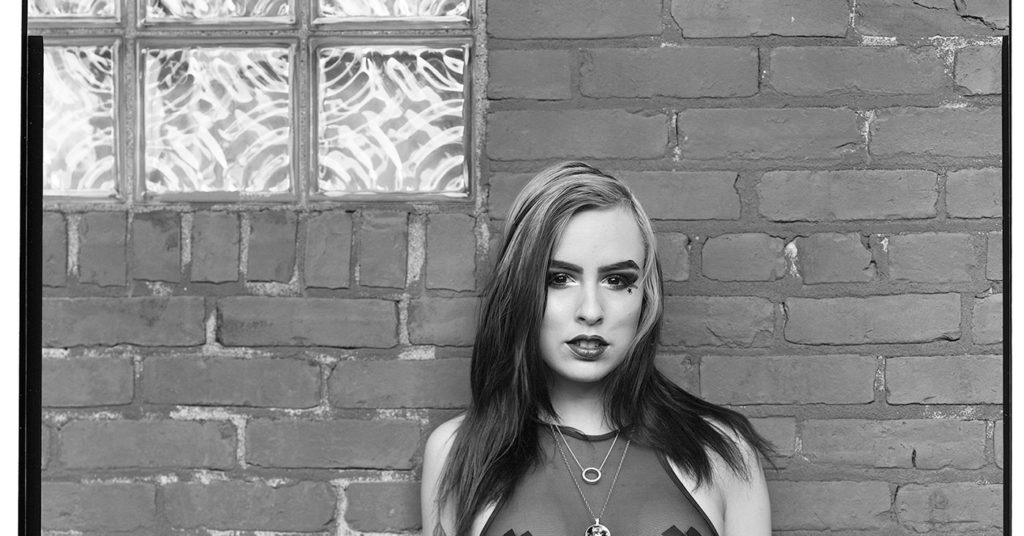 The public, as it grapples to make sense of increasing homelessness and falling wages, is ripe to consider the parallel between time periods, especially the long fallout of contemporary recessions and the Great Depression. Photography, poised as it often is as a documentary art, can speak to these repetitions in history. The photographic print, especially in the vein of what has been known as “straight photography,” where the full utility of a camera’s ability to grasp detail is exploited, speaks articulately to economic cycles between the ages in its ability to document with precision.

As part of the Louisville Photo Biennial, two shows at the UofL Hite Art Institutes’ Schneider Hall Galleries — “Lyric Documentary: The Works of Walker Evans” and “Gentlemen’s Clubs: Photography by Zed Saeed” — bridge two eras that are not nearly as disparate as they may seem.

Evans can certainly be considered, among other things, the father of street photography, at least in America, though Eugéne Atget in France first inspired Evans. The bulk of Evans’ photos in the show are of nearly desolate streets in the rural South in the mid-1930s, work he did for the Farm Security Administration to document rural America during the Depression.

The photographs are deceptively simple, as Evans’ work often is. “The real thing I’m talking about,” as Evans is quoted in the show, “has purity and a certain severity, rigor, simplicity, directness, clarity and it is without artistic pretension in a self-conscious sense of the word.” Evans’ shots of buildings, “Negro” churches, storefronts, Confederate statues and movie marquees are usually direct, unadorned and even, as has been pointed out, aggressive but never self-consciously aesthetic. The South’s racism then becomes especially evident — and yet, with his gaze leveled at, say, the churches blacks built, humble and unsophisticated. Evans’ affection is without question.

The most stirring part of the show, and indeed of his whole career, are the photos presented together in a separate room, those Evans did for the book “Let Us Now Praise Famous Men.” In 1936, he and writer James Agee went to Alabama to stay with three sharecropper families driven to stark poverty by the fact that they were renting the land they worked, with half of the cotton crop going to the landowner. The direct gaze, unsentimental, served Evans well. The shots presented here, many taken on an 8×10 view camera — many of the photos from the book, though not all — were the pinnacle of his career.

It was the Burroughs family that drew the most attention from Agee and Evans. The large print of mother Allie Mae Burroughs confronts the viewer with her direct gaze. The photo of father Floyd Burroughs, seated in a dark doorway, is so precise, so sharply rendered, that I will confess to the fact that, despite having seen the image in books, the silver gelatin print emphasizing the man’s frayed shirt, as well as his gaze, at once resolute and sad, brought tears to my eyes. Likewise, the iconic photo of 10-year-old Lucille Burroughs emphasizes the exhaustion of a child who could pick 150 pounds of cotton a day and, later, at the age of 45, committed suicide.

It is an interesting, but far from inappropriate gesture for curator Zed Saeed to couple Evans’ photos with his own. “Gentlemen’s Clubs” is an exploration of another population viewed as, in many cases, poor: dancers at strip clubs. The clubs themselves — the signs, the buildings, the neon — mirror Evans’ love of street scenes. And they are, under the hand of Saeed, who also uses large format film photography (though the prints are archival rather than darkroom prints) to document not only a part of town perceived as seedy, the strip of Seventh Avenue in Shively known for, among other things, prostitution, but the women themselves.

The large-scale prints reveal things we wouldn’t ordinarily see. The scratches on a tabletop, where the dancers perform, or the runs in the stocking of a dancer. But the real focus here is on the dancers themselves.

The most compelling images are side-by-side shots of the women in ordinary street clothes, and the same women transformed into dancers, wrapped in garters and painted carefully with makeup. Like the sharecroppers that Evans posed simply, rather than cinematically, against the bare wood walls, some of the dancers stand before the plain brick wall of the club. Others float in a blank white background, a nod, perhaps, to Richard Avedon. And like the sharecroppers, the dancers are presented as dignified. They are also proud, unabashed, confident.

In the essay that accompanies the show, Saeed points out that the women view their dancing career not as debasing but as empowering. There are glimmers of hope in such a life, which, in some cases, can earn the women good money in a night: A single private dance can net them $35 in three minutes. One woman reports having bought a house and, despite having stolen food as a child, buying $400 of groceries now.

In an age of homelessness and joblessness, Evans’ and Saeed’s photography point irrefutably to the dignity of humans in hard times. The Burroughs, in one family photo, are even smiling. The dancers, too, lean into their roles. Such photography seeks to push us as equally toward outrage at injustice as toward empathy and understanding. •