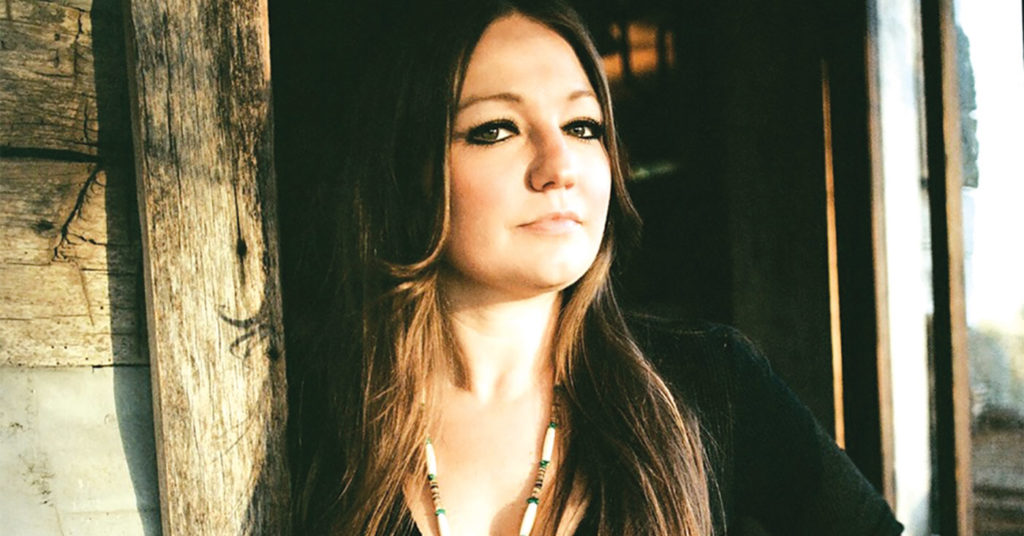 Kelsey Waldon got in early on her family’s long-standing tradition of singing, songwriting and playing guitar. Since leaving her hometown of Monkey’s Eyebrow in Western Kentucky, over a decade ago, she’s been steadily building a following in Nashville and beyond with her classic country sensibilities and her progressive commentaries on life. Waldon’s profile suddenly grew a lot larger this spring, though, when she became the first artist in 15 years to be signed to John Prine’s Oh Boy record label. In preparation for her headlining set at Zanzabar this week, we recently caught up with Waldon by phone to discuss her bluegrass roots, her brand new LP and the way in which she now measures success.

LEO: You reference your childhood in Monkey’s Eyebrow in the song ‘Kentucky, 1988.’ What were you listening to as you were growing up in Ballard County?
Kelsey Waldon: We were raised on bluegrass music. My granny, my great-grandmother and even my great-great grandparents all played in old-time bluegrass bands. Eventually, I started finding other stuff on my own, like the Beatles and Bob Dylan, and I had an older friend who gave me all these Grateful Dead tapes. I guess when I was about 16, I started really getting into people like John Prine, Neil Young and Emmylou Harris.

Is it surreal to have John Prine in your life now as a mentor of sorts?
If you had told the 16-year-old me that was going to happen, I wouldn’t have believed you at all. I mean, as a songwriter, I have set all of my standards by him.

Since you also brought up the Grateful Dead, do you happen to know if the reports are true about John Prine and Bob Weir co-writing songs?
Yeah. I know that they are, like, getting together for hot dogs and beer, and hopefully something will come of that. I’m sure it will.

In ‘High in Heels,’ from your first LP, you offer some pretty insightful commentary about subjects such as addiction, poverty and churchgoing people. Do you find it difficult to be progressive while courting a traditional country music audience at the same time?
No, because it’s a songwriter’s responsibility to speak the truth at all costs. In that regard, being progressive is important, whether anyone else likes it or not. I don’t write tailgating music, you know? Sometimes, I wish I could. The right people seem to find my songs, and that’s what matters most to me. With ‘High in Heels,’ it was really about having empathy for folks going through the kinds of things that everyone else thinks could never happen to them, because everyone knows someone who is struggling with something.

Was there anything about the recording process for White Noise/White Lines that made it special for you?
One thing in particular that was so special to me was getting to use my live band on the record. They are like the skillet grease that makes everything good. We just know each other so well from all that time we’ve spent together out on the road. We’re seriously telepathic at this point, and it comes through in the music, even though a lot of what we captured was perfectly imperfect in many ways. Ultimately, we didn’t include anything that didn’t feel like an honest representation of what we are all about. Another thing that was special about the process of putting together White Noise/White Lines is that, at the time we tracked it, I was really happy with what I had to say in my lyrics and with what I knew I wanted to do sonically. When the last album came out, people labeled me as a throwback artist. And I’m not. I am just an artist. One that’s making music right now. I am not stuck anywhere in the past. I think that reality was a little more apparent this time around.

The music business seems stranger than ever. In this day and age, and, at this point in your career, how do you measure success?
As a small child I used to go around saying that I was going to be a famous country singer someday, but I guess I don’t know what that would even look like anymore. To me, just having a career and being able to do this at all, is a success in itself. •