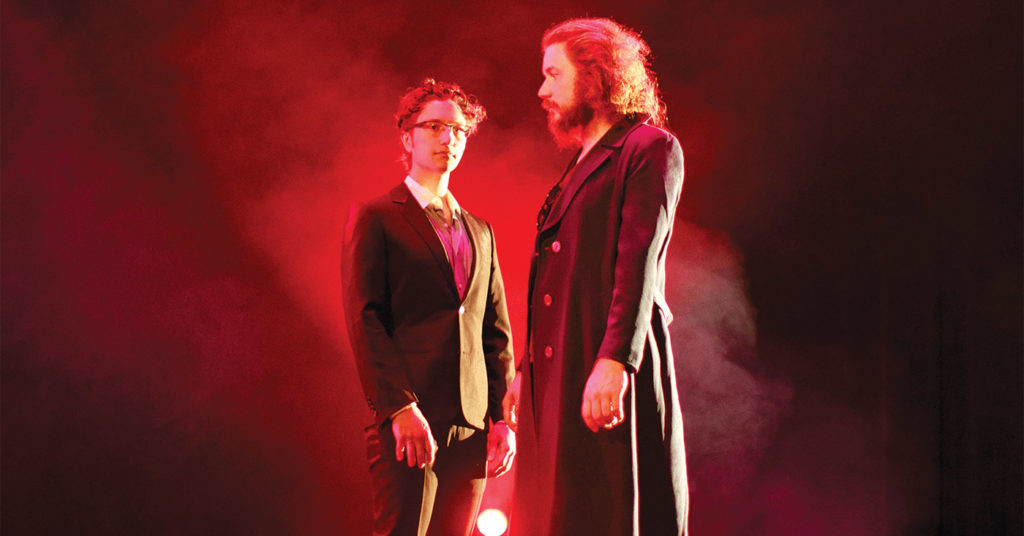 Through the years, My Morning Jacket’s spacey, sweeping psych-rock has built a vast atmosphere around Jim James’ reverb-soaked vocals, so, in some ways, it’s not really surprising to see him team up with an orchestra. Of course, a giant classical accompaniment is much different than a five-piece rock band, but The Order Of Nature, a new live album from James, Teddy Abrams and the Louisville Orchestra, is a seamless collaboration. Featuring new songs, some of James’ previously recorded solo material and a few covers, The Order Of Nature (out Oct. 18) is part exploration of detrimental human behavior, part bold sonic experiment.

“The Order Of Nature is about how humans are part of nature, but we bring this terrible thing to the picture, of hatred, and animals might kill each other for food or territory or whatever, but they don’t have the capacity to hate,” James said. “It’s sort of trying to unpack the crazy energy that humans carry of hating each other. Trying to unpack that and trying to be more of a vehicle for peace, love and understanding.”

The Order Of Nature was recorded live in Louisville at the Louisville Orchestra’s annual Festival of American Music on April 7, 2018. It was recorded in a single take and the final product features no overdubs. Lyrically, the record covers a lot of the things that James has been thinking about on his previous solo records — violence, vitriol, inequality and how to combat those things. But, obviously, this one is quite a bit different instrumentally. From renowned movements to movie scores to the music in some video games (such as the “Zelda” franchise), orchestral arrangements have been able to evoke the essence of nature. And James has a theory about that.

“Think about the organic nature of an orchestra,” James said. “Most people in the orchestra are playing pieces of wood. They’re using nature to create music.”

An important thing to note about The Order Of Nature is that there are no traditional rock instruments. There’s no guitar, and the album isn’t your standard rock-band-fills-in-the-background-with-a-few-strings project. The orchestra forms the entirety of the instrumental landscape, and, according to Abrams, “What it meant is that Jim’s role was much more like an operatic singer.”

“It was all really conceived as a giant song cycle, where all of the songs were interconnected,” Abrams said. “So, my main goal was to create the backbone, the spine of the whole cycle and to weave together all of the songs and find, not just the lyrical material that connected them together, but actually musical material that would bind the whole thing into a unit.”

Abrams said that it’s not easy to cross the boundaries between the orchestra world and the pop music landscape for many reasons, but he said that James’ respect for classical music and technical prowess is what allows him to bridge the two genres.

“I think it’s as simple as that Jim is a great musician,” Abrams said. “And that is something that makes both styles of music compatible. His ears are great, his instincts are great, and his creativity is really special.”  •