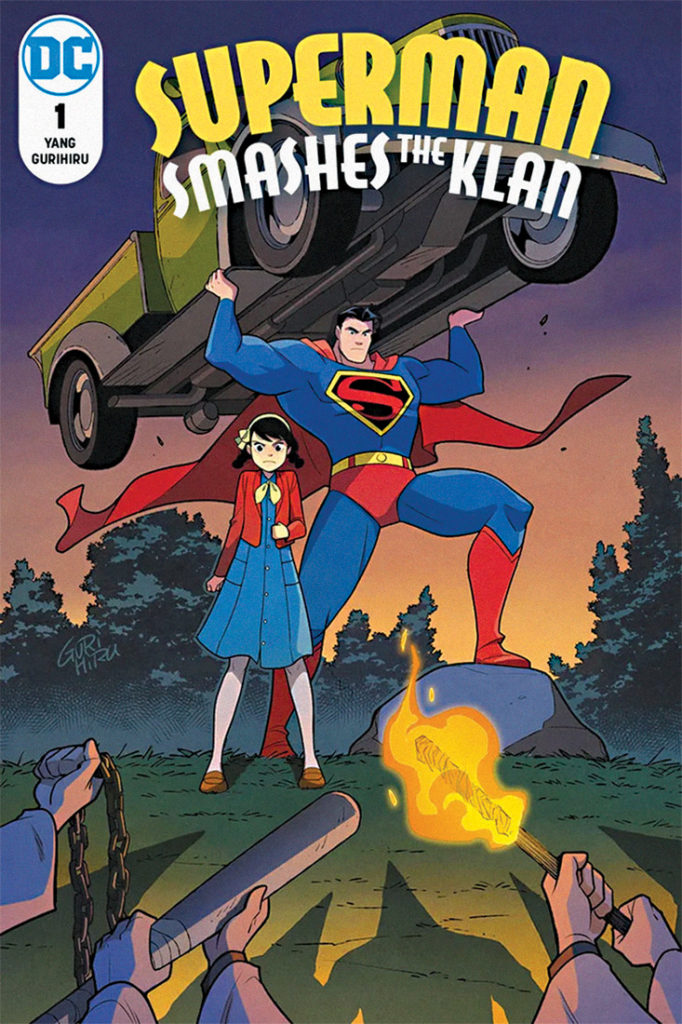 ‘Superman Smashes the Klan’ No. 1

With a name like “Superman Smashes the Klan,” I couldn’t not pick up this book.  It is No. 1 of a three-issue, limited series, inspired by the 1940s “Superman” radio serial, “Clan of the Fiery Cross.” The story opens in 1946 with a young Superman confronting Atom Man, a pro-Nazi villain whose weapon is kryptonite, which Superman has never encountered before. Clark Kent has learned about his alien origins and is having issues coming to grips with how to fit in with his fellow citizens of Earth, which is the perfect intro to the Lee Family, who’ve just moved to Metropolis.

When Tommy Lee tries out for the neighborhood baseball team, he unseats the usual pitcher, causing the boy to go home upset. His uncle is the local Klan Leader, who decides to send the Lee family a message that they aren’t welcome. But the boy isn’t sure he’s on board with the Klan’s ideas or tactics.

The book by Gene Luen Yang has lessons about bigotry, morals and fairness that are, sadly, quite timely. The art by Gurihiru is manga inspired and is perfect for this all-ages book.

It closes with the author’s account of his own experiences growing up Asian at a time in America that firmly put him in the area of “other” and how his discovery and love of Superman helped him cope. Issue No. 2 ships in December, and the story continues for the fictional Lee family, as well as the author’s real-life experiences that inspired this book. • 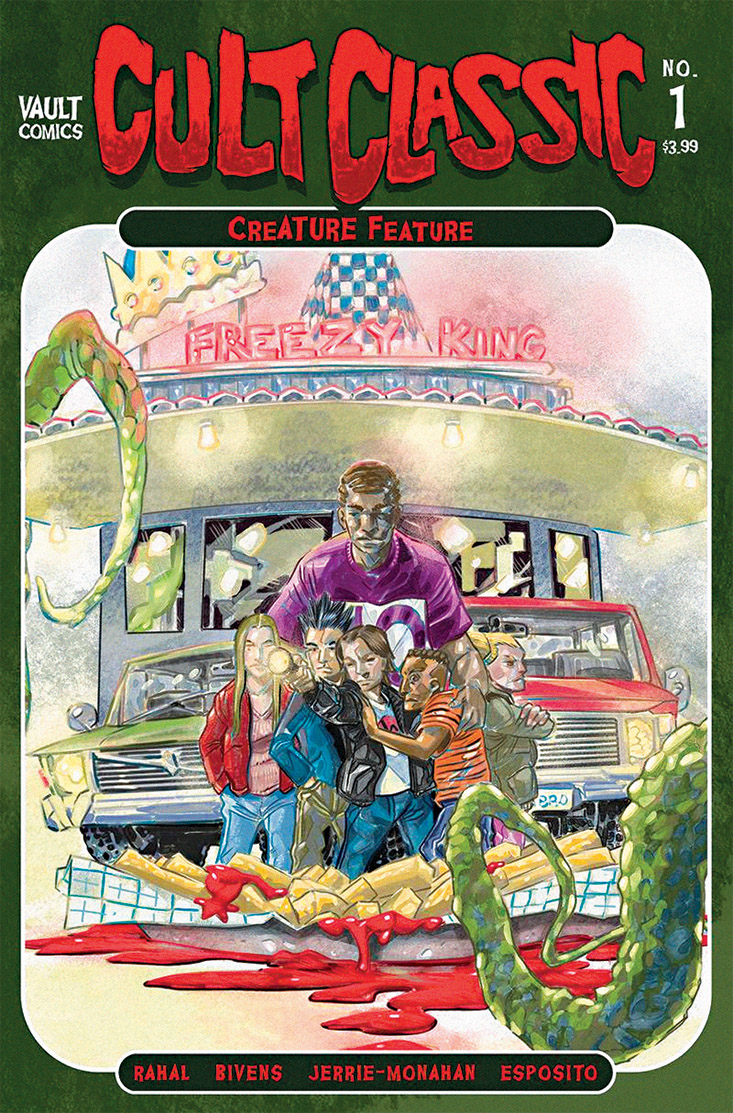 There is no better time of year for a sci-fi, body horror story than October, and “Cult Classic Creature Feature” No. 1 is perfect for any big spooky fan.

Irving just wants to have a good time at his first slumber party. It’s too bad the host is rather bratty and determined to make her friends perform beach side magic with her, because they’re about to fall victim to a youth-eating monstrosity that is 65 million years old. A herd of grotesque slug creatures are awakened by a radioactive comet and they come slithering up the shores of King Lake, bursting forth in an explosion of toxic green goo and hungry for brains.

The story of Irving, his brother and their friends is told through pages of dynamic art and electric colors contrasted against black, navy and dark purple. It’s a classic tale of small town America under siege by a freakish Big Bad, as experienced through the perspective of teens and children. If you’re a fan of “Stranger Things” or Charles Burns’ “Black Hole,” be sure to pick up this new release from writer Eliot Rahal (“Bloodshot Rising Spirit”) and artist John Bivens (“Spread”). Issue two is set to hit the stands Nov. 20. •