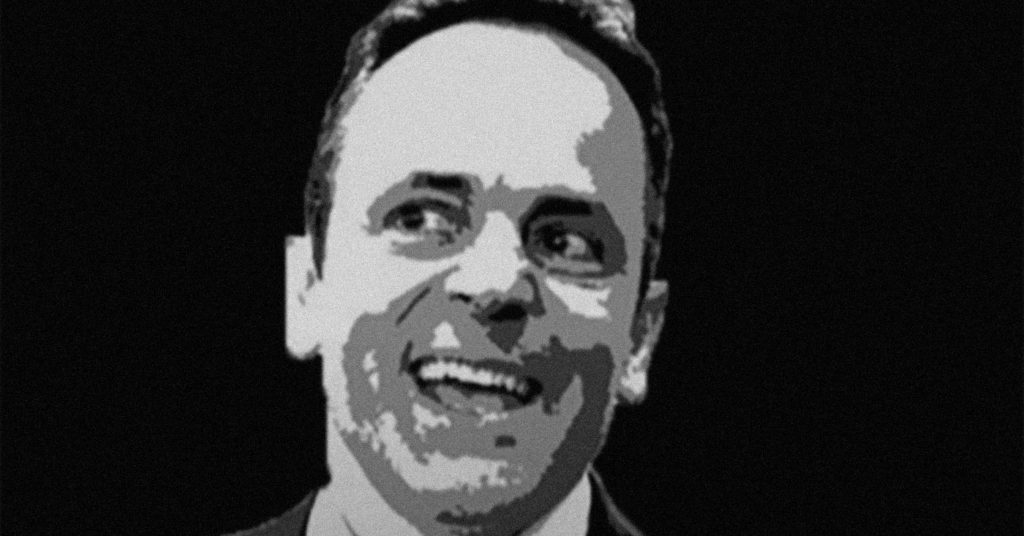 I’m sure that Guy Fawkes would get a kick out of Election Day and his holiday falling on the same day this year with the bedbug of a Kentucky governor up for reelection. Bolshevik Bevin was a Koch d’état, blown in on a carpetbagging wind of insurrection and entitlement that seems to think that what’s best for Kentuckians isn’t best for those in power, and we have to have someone step in and protect us from ourselves.

Before Officer and Karen McDouche start screeching that this is just an advertisement for Andy Beshear — it absolutely is not. Beshear the Younger as the Democrats nominee is just proof of voter apathy in the state of Kentucky because everyone outside of the Golden Triangle knows inherently that their vote doesn’t matter — no one pays attention to them outside of Fancy Farm and election season. Thus, we’re stuck with a member of the political establishment running against a Dick Tater, as opposed to someone who would represent the people.

Beshear the Younger is just an offshoot of the same fkd mentality that nominated Hillary over Bernie in 2016 and the same reason why Jack Conway ran against Bevin in 2015 — the Democratic Party, nationally and on a state level, is more interested in keeping its power solidified in a few hands than employing authenticity and diversity as a means to represent everyone in America, let alone Kentucky.

I don’t know if any of you took a solid look at Conway last election cycle, but he looked like a Washington lawyer in an area of the country that has been taught to turn their nose up to that sort of thing. Conway couldn’t win an election to manage a grocery store in Kentucky, let alone an election against himself or by himself. Conway would have lost an election if he were the only candidate on the ballot because he misspelled his name on the election forms.

So, Conway was doomed from the start, and here we are with a Napoleon with Trump’s hand up his butt who looks like Judge Doom from “Who Framed Roger Rabbit.”

When you see a newspaper, radio or TV ad, notice that all of the Beshear the Younger attack ads are never from the Bevin Campaign or the Republican Party of Kentucky but always from a PAC with some obscure name involving Kentucky. Note that newspapers and television news stations state that Bevin and Beshear are neck and neck and ask “Can Beshear win?” Their owners are usually the owners of some corporate news conglomerate whose motive is to sow the seed of doubt to keep you from the polls. They do not want you to vote, so they found a way to keep you from exercising your American right: Apathy is a superior means of manipulation, and every “can he win?”story is an extension of that.

It’s the same reason why when Bevin entered office, he killed Beshear the Elder’s order to give voting rights back to nonviolent, former  felons. It was one of the last things Beshear the Elder had signed on his way out. The actual statistic is 26% of felons in Kentucky are black, and Kentucky is third highest in the nation for the disenfranchisement of black voters through felony convictions.

Thus, it is better to have a Kentucky Turd Sandwich in office than it is to have a New Hampshire Giant Douche in the governor’s office.

At least when Beshear the Younger takes the stage, I have a sliver of hope that he might actually listen to Kentuckians and their concerns.

Unfortunately for the Governor’s Office, though, I’ll hold Beshear the Younger accountable in the same way I’m holding Dick Tater Bevin. Never forget that Democrats and Republicans are different names for the same thing, and you can’t trust either party to have your best interests in mind unless you’re rich, cis-hetero-normative, white and male, no matter whose face is on stage making a speech.

The problem with Bevin is that he’s at least lawfully evil and announced his intentions to take our pensions and dismantle Kynect while running for office, yet no one but the rich and the Kochs paid attention. Bevin is an offshoot of the colonialist mentality that Kentucky has to be saved from herself because only the privileged in all ways have the ability to lead.

So, when making your decision on Guy Fawkes Day, bear in mind these facts about Dick Tater Bevin:

The pension system Bevin has tried to swindle into Kentucky is the same pension system that West Virginia tried to use at the turn of this century. This pension system was such a failure that it was unable to support itself, and West Virginia had to switch back to its old system within the last four years. It is designed to fail as a means to push all public skools completely off the edge.

Bevin, in 2017, stated that The West End needed more prayer than more funding to help stop the violence, yet the state has plenty of money to spend to kick people off the Medicaid rolls.

Bevin used his current lieutenant governor to get elected, only to treat her and her staff like shit while in office. Three cheers to Lt. Gov. Jenean Hampton for calling out Bevin — we need more women like you at the helm.

Bevin has shut down every women’s clinic offering legal abortions in our state, save for one. There’s no punch line or joke about this. Full stop.

Bevin has openly talked trash about our poor, our educators and any person who isn’t of privilege like him. Unless you can check off all the boxes of privilege, I’m fairly certain that voting for him is like taking a few extra steps to stab yourself in the back.

So, remember, remember the Fifth of November. Y’all get out your V masks and put on your dancing shoes and get down to the polls on Tuesday.

It’s your civic duty to vote. •

Huntress Thompson is a poet and philosopher in Louisville. She would like to give an unrelated shout-out to Kahlil and Chris at Four Pegs, whose barbecue has replaced Owensboro’s Old Hickory as her choice of food at her funeral buffet.