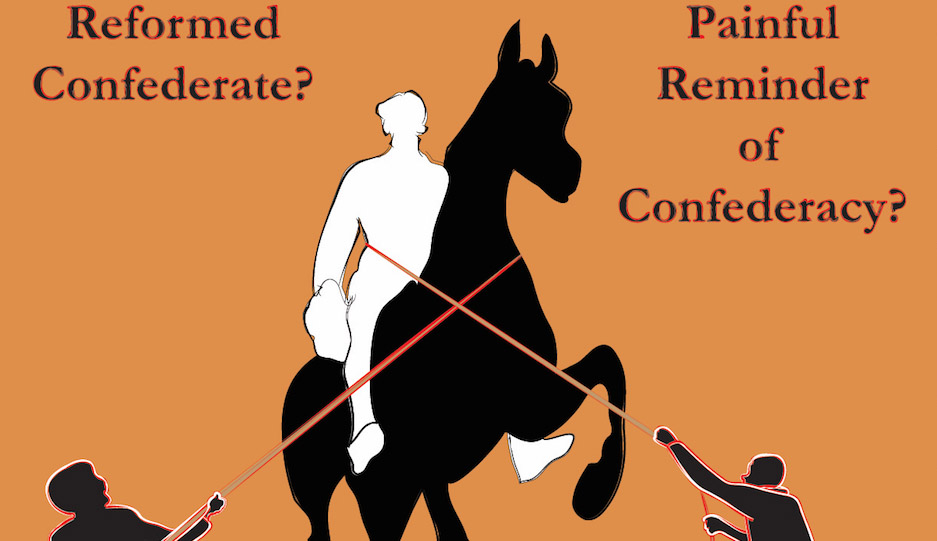 Michael Jones’ article Oct. 9 in LEO, “Keep Castleman, Honor Others,” provided good examples of how challenging it is when considering removing historical markers, names or monuments, as well as, good suggestions for new public art that is positive and meaningful. While his points are well taken, he failed to note that the decisions to remove the John B. Castleman monument have not been taken lightly and are the result of a thorough and broad-based public process, now only waiting for a court decision based on a suit by those who want the statue to stay. All aspects of the issue relating to the Castleman monument have already been addressed by historians, public art experts, racial justice advocates, academics and the general public.

The recent Louisville Historical League panel discussion he described was not about a broader and open conversation. In fact, at the end of the evening, the small group in attendance at the LHL panel “decided that the Castleman statue should not be moved because it has relevance to the Cherokee Triangle and does not celebrate his role with the Confederacy.”

Not about his military service?

Not wearing a uniform?

The facts are that Castleman was condemned to death for his Civil War guerrilla activities. His death sentence was commuted by Abraham Lincoln, and he was pardoned by none other than President Andrew Johnson (before his impeachment), who proposed a reconstruction plan in which black people were denied any role in the process or any economic autonomy — the start of Jim Crow. Members of the old, Southern elite, including many who had served in the Confederate government and army, returned to power in their local environments, including Castleman.

Others want to paint Castleman as a “recovering racist” and that his separate-but-equal park for black people was just enough for him to get kudos from some in the black community, as well as satisfy his society friends bent on Jim Crow separation. The parks board finally yielded to white supremacist pressures and completely segregated the parks in 1924, six years after Castleman’s death.

Bob Cunningham, a longtime Louisville civil rights advocate who spoke almost two years ago at a gathering for removal of the monument, said: “The Castleman statue honors a period of time that is drenched in the oppression of black slaves. Whether it is Castleman, or a horse without Castleman, an official Confederate monument, it should have no place in public community spaces.”

Louisville Showing up for Racial Justice, or LSURJ, one of the groups that has been monitoring the Castleman decision process, went door to door to encourage dialogue about the statue. It was invited to participate in the panel but chose to decline. LSURJ and our community accountability partners stand by the numerous statements we have made in the public record, and we had no interest in participating in a limited panel based on whether Castleman was “racist.” For LSURJ, the issue is not about whether the statue of Castleman depicts him wearing a uniform or whether he was a good military leader, a famous horseman, a good person, had a changed heart, was someone who helped black people or was racist.

As a backlash to Reconstruction, many Confederate-related statues were erected in public places nationwide to remind all citizens that those who support white supremacy are still watching and still in control. These public installations includes Castleman and the Confederate memorial, which has been moved from Third Street. Castleman was a highly decorated Confederate officer, and a prominent monument to him was a powerful symbol during a period when Jim Crow segregation and white supremacy were being enforced and communicated throughout the nation.

The sting of those realities are still with us. Moving the monument will contribute to community healing as a symbol of where our priorities are today. •

David Horvath wrote this on behalf of the LSURJ Coordinating Team.