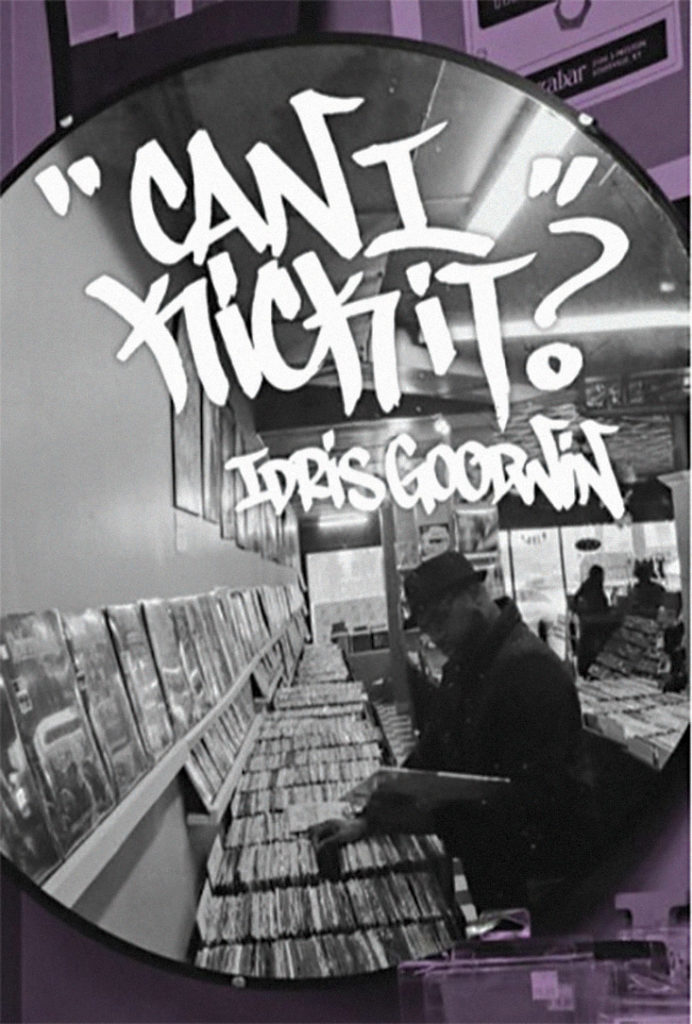 Earlier this month, Idris Goodwin’s “Can I Kick It?” was published as a part of Haymarket Books’ “breakbeat poets” series. “Breakbeat poet” is a term Goodwin coined, a bridge between the written form of poetry and the oral tradition of hip-hop. In fact, many of the poems featured in “Can I Kick It?” are all about Goodwin’s love of hip-hop, the cultural significance of it, growing up on it and raising his kids on it. The cover shows the shape of an old CD and the image of Goodwin browsing a record store.

But “breakbeat” is more than just the subject matter. These poems have a clear rhythm to them. Even reading the print on the page, you can’t help but imagine the words brought to life, performed.

2019 has also been a significant year for Goodwin in the theatrical sphere. It was the first full year of his role as producing artistic director at StageOne, and also two of his plays were performed concurrently by local theaters: “Ghost” at StageOne and “Hype Man: a break beat play” at Actors Theatre of Louisville. Fans of “Hype Man” may find traces of it in “How to Rhyme in the Cypher,” about the feeling of the creative process, or “Pop Off,” about appropriation by “some racist rapper with a confederate flag” who misses the point of hip-hop.

These aren’t so much direct tie-ins to his plays as they are creations from the same father, someone who uses his art to say something important and to spark change and who celebrates the art he loves that does the same. He celebrates all kinds of rap, especially in his poem “World of Rap” and draws attention to the tendency to look down on hip-hop (“One of the genres people leave out when they say / I listen to everything but…”) in “Lil Nas X Brings the Country Together.”

He ties in current headlines, as well. In his poem, “The Rain,” he imagines Missy Elliott’s response to the Virginia petition to replace a statue of Christopher Columbus with one of her. In “Harriet Tubman to Kanye West,” he pens the famous abolitionist’s reaction to the rapper’s suggestion that slavery was “a choice.” He calls out Virginia Attorney General Mark Herring’s blackface scandal in his poem “Break Down,” ending with the clear message: “Don’t do it, don’t do it, don’t do it, do it, do it!”

The pop culture references go beyond hip hop. The poem that opens the book “Back to the Afro-Future, 1965” and “Ferris Bueller’s Black Friend” imagine black characters who could have been in classic movies. “The Walking Dead,” “Game of Thrones,” Marvel’s “Avengers”and the “Taken” movie franchise and basketball can all be found in this short but vivid collection. Goodwin found inspiration for the poem “Factory” upon learning that Roald Dahl originally wanted the protagonist of “Charlie and the Chocolate Factory” to be a “little black boy” but was talked out of it by his agent. In the poem, Goodwin concludes, “We too crave worlds that’re not just cautionary or oppressor’s education / We too have known hunger / We too prayed the monsters be friendly.”

Louisville residents may recognize a poem’s tie to local headlines and experiences, too. “The Wiz Live From the Brown Theatre, Louisville, KY, December 2019” recalls the notoriously disappointing performances from the perspective of black audience members.

Even in those poems about pop culture, there’s a theme of the need for black people to be seen in the stories we tell and the need for those stories to be told by black people. Still, other poems step outside the pages of stories to invoke social change. “An Invitation from a Tribe Called Tomorrow to Those Broken by Today (2019 Remix)” is one of the more hopeful pieces but could be the anthem of a generation pushing to do better. •