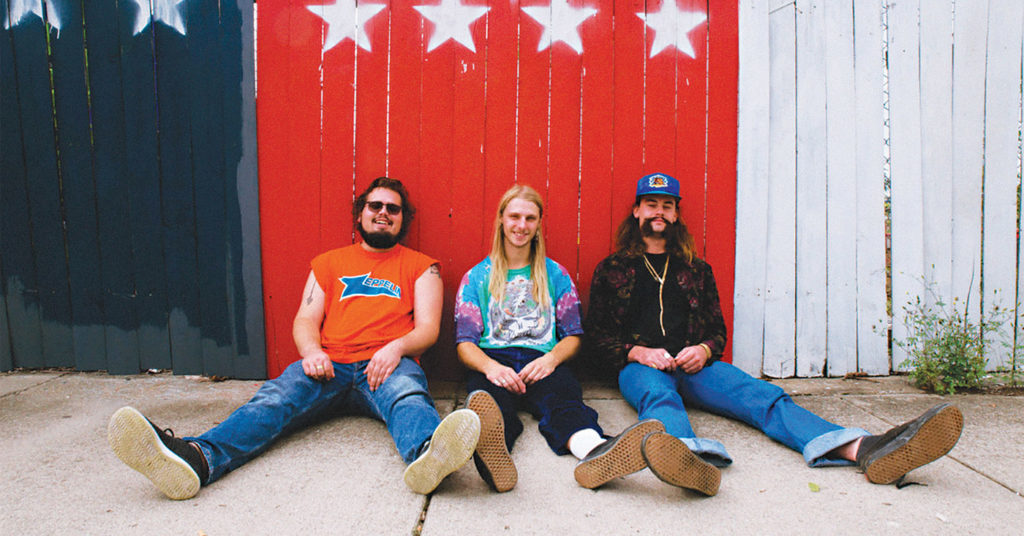 For a lot of people in their early 20s, as their world widens, they start to reflect and contexualize where they came from. That’s where the three-piece psych-rock band Boa is at on their second album, Someplace Special, which will be released on Friday, Oct. 4 via a show at Zanzabar.

“Growing up, you don’t take as much in,” said bassist Shane Spader, who is 22. “Once you hit a certain age, you can process things a little bit more and look back and be like, ‘Oh shit, that was a pretty big part of my life.’”

Spader and brothers Logan and Gaven Hopkins, who play guitar and drums respectively, recorded Someplace Special locally at DeadBird Studios over the span of five months, mainly only on weekends. They purposefully wanted a long process, where they worked sporadically, so everything would have time to breathe — the trio would record a few parts, then listening back, analyzing it and tweak it.

“Our first project, No Bad Days, was the first thing that we had ever done as Boa and we were still trying to figure out our sound and what we wanted to do as we were in the studio,” Spader said. “So we only spent a weekend recording those songs and it was kind of fast-paced. We knew with this record, that we really wanted to take a lot more time and be able to record parts and be able to take a few days to just sit down and listen to them, and take the extra time and make it sound how we wanted it to.”

One thing that has noticeably progressed on this album is their vocal work. The harmonies are more dense and ambitious. All three members sing, and within the first minute of Something Special’s opening track, “Jawbone,” it’s obvious that they have matured as singers and songwriters.

“We had a lot of stuff written, harmony-wise, and once we got into the studio, we were really able to break those harmonies down, and listen to each track to hear what we needed to do to make it sound better than what we had written,” Spader said.

Someplace Special is more of a personal album than the first record. There are love songs, traveling songs, one about turning into your parents and being okay with that, another about breaking multiple bones. While the tone and the emotions vary on the record, it’s largely an album about the people, places and things that they find important.

“A lot of these songs are stories from our pasts or stories from our everyday lives,” Logan Hopkins said. “Which kind of goes along with the album title, Someplace Special. It kind of hones in on exactly what we find enjoyable in our lives.” •