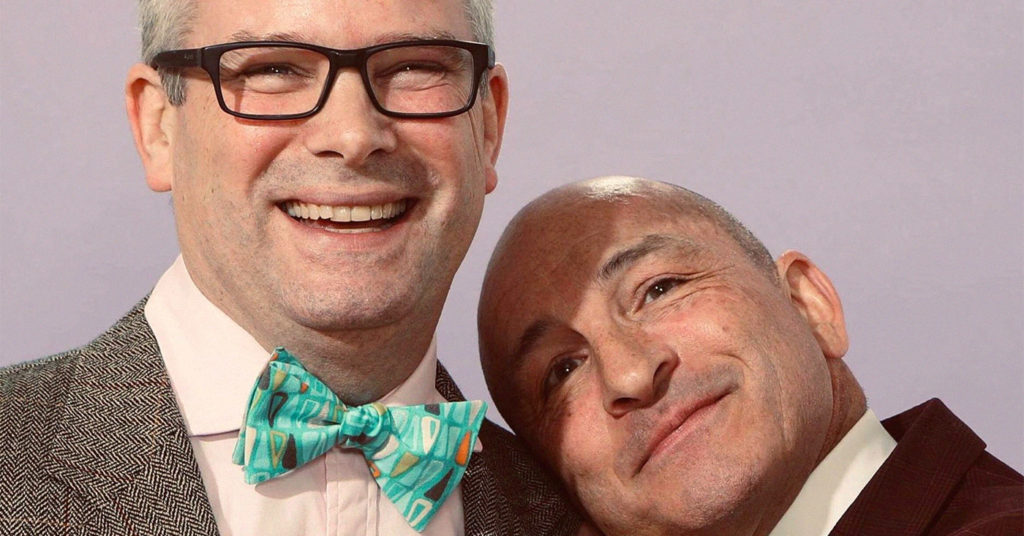 Tough times ahead for you, my vertically challenged china.

As Guy Garvey sang, I’m from a long line of survivors, so I live for the moment. I’m not sure why you think there might be tough times ahead for me when your physique, if it can be called that, screams accident waiting to happen.

That’s Billy Bragg, not Elbow. But I was referring to the strict leg measurements evangelical Christians will likely impose on the entire state in the event of Bevin winning another term — and not just Eastern high schoolers — in their crusade for public decency. With your 18-inch inside leg, I think you’re in trouble.

Ha bloody ha. For your information, it’s a least a 26-inch inside leg, with ample room to show off my Mod-approved drainpipes. Although what you’d know about being cool would fit on a Penny Black. You know what Brandon Coan thinks isn’t cool? Bardstown Road — which is fine because I don’t live there.

I’ve been his constituent for several years, never once laid eyes on him. At least you used to see old Tom Owen pottering about on his bike. Coan’s letter, or whatever it is, made me think “Trump presser”: rambling, incoherent and double-spaces after every full-stop.

That’s the worst bit of it. The double-spacing. Nothing says ‘past its best’ like double-spacing, just like Bardstown Road. Well intentioned I suppose, but an abject fail in my book. Hire someone who can write — unlike whoever hired you.

Are you referring to me? Or the abstract you?

Of course I’m referring to you. They say that if you give an infinite number of chimpanzees an infinite numbers of typewriters, eventually they’ll write the complete works of Shakespeare. By my reckoning one mentally challenged chimp would better you in about five minutes — with time to spare to fling his own shit at whoever hired you.

You hired me, as I recall. To write. And then recommended me to others.

I had enemies. But I suppose Coan has a point. While my stomping grounds of Butchertown go from strength to strength, Bardstown Road is becoming a shadow of its former self. But it needs something more dynamic than a blog post ghosted by Abe Simpson to turn it around. Maybe you should’ve voted for Reily after all, rather than whinged about him in the pages of LEO.

One trust-funder or another, makes no bones to me. We’re shooting a bishop on an impeachment though, so in some ways it’s been a pretty amazing fortnight since we last abused each other.

I think Bevin is shitting his whack at the moment: Trump getting impeached kills his chances of a cushy D.C. job if he loses here. Plus it opens the floodgates with regards to whistleblowing about his own lairy behaviour. Frankly, if Bevin hasn’t been involved in one bit of dodgy dealing and bullying after another I’d nosh me titfer. If he loses, people who were afraid of him will come out of the woodwork like a plague of termites.

We must hope they come out, because surely they exist. I had to love Bevin’s “ill-informed” comment on Greta Thunberg, as if he is some sort of expert on climate. What, because he inherited a bell factory and ran an investment firm? Come off it.

The Earth’s temperature does fluctuate by itself though, there’s no arguing with that if you believe in wooly mammoths and wooly rhinos and so on. Which, weirdly, SEC trolls like Bevin theoretically don’t. But still, the point is that thousands of years ago it was much nippier.

“Taters,” as you south London scum say. But right, and no climate scientist denies that. It’s the speed of change that’s different now. Warming up like the underside of Guiliani’s collar, so to speak.

“Warming up like Guiliani’s collar”? Make that three minutes with time for a fag. Anyway, when it’s 90 in January perhaps we can impeach him for being a prannot.

I’m not sure how impeachment plays in Kentucky but I don’t blame Beshear for giving the world’s most wishy-washy answer when asked about it. Don’t play Bevin’s games. In private he’s probably all in for Trump getting impeached, but in public I’m not sure what value giving a straight answer has. Beshear has been doing well; he shouldn’t balls it up by taking Bevin’s lose-lose challenge.

Do you really think Trump’s going to get impeached? I think we both know this country didn’t get where it is by holding capitalists and swindlers to account.

That all depends on whether the Democratic Party fucks up the royal flush it’s been dealt.

Trump gave them a signed confession, of course they’ll fuck it up. All right, maybe that’s a bit severe, but they’ve never given me much good reason not to be cynical. If they narrow the focus to this Ukraine phone call only, they will cock it up. That said, I don’t want McConnell to put on just a show trial in the Senate, even if I would delight in Romney raising his shaking hand á la McCain to give it the old “Spartacus” thumbs down. Imagine what it would do to McConnell and Trump.

As the Frogs say, superdelicious. I keep on expecting the levee to break once self-preservation kicks in, and I still think McConnell will abandon him when the time comes. But still the most-baffling thing of all is the number of people who encounter Trump and say yeah, I’ll hitch my life and reputation to this wagon. People who have no good reason to get involved or even to work, except for the prestige of it. Trump Steak prestige it is too.

There’s never a shortage of idiots who’ve made bank and who then happily turn around and debase themselves to kiss the ring while in public office. You just have to look up the road at Massie and Barr to see proof of that.

You’d never debase yourself publicly though. Like being my punchbag every two weeks.

I said make bank. I debase myself for this nonsense gratis.

You and me both, mate. So it’s clear who the real plonkers are. •