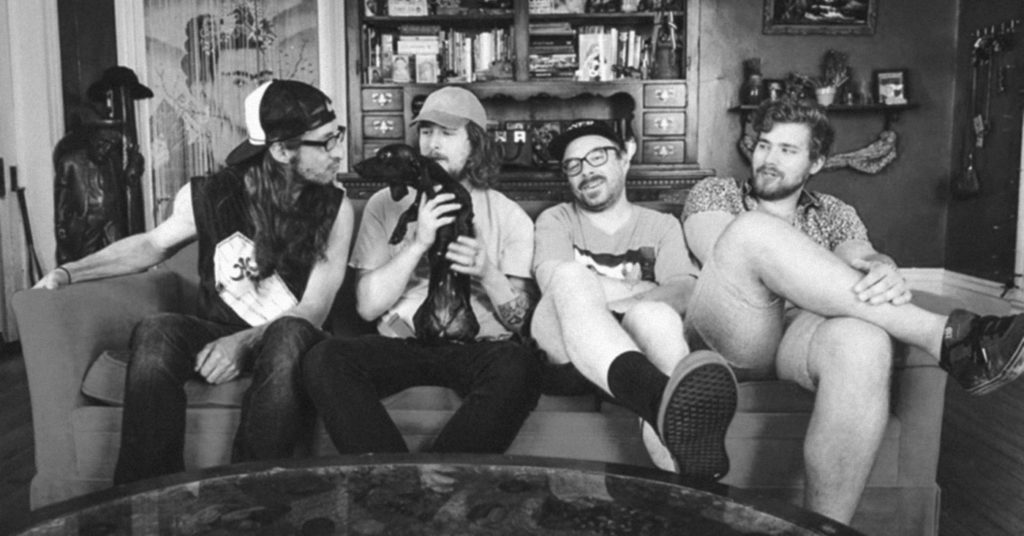 It’s been nearly five years since their last album — as the band’s principle members have been dipping their toes into other projects — but Tall Squares will celebrate the release of its second effort, {fig. 2}, this Saturday, Oct. 12. In addition to founders Adam Crowhorn (guitar, vocals) and Ryan Bohr (drums, vocals), the rest of the band has rotated in the four-plus years since 2015’s So Heavy for So Long, with bassist Grant Lewis and guitarist Brian Burchett now on board. The group’s sound has evolved accordingly.

Still, the music is distinctively Tall Squares, with Crowhorn’s piercing vocals leading the way in a sometimes-frenetic sonic assault that can shift from punk to experimental prog in the same song. If So Heavy for So Long could be described as “slacker rock,” the new effort achieves a bit more in terms of focus and experimentation.

One interesting aspect of Tall Squares is that mainstays Bohr and Crowhorn have been friends since infancy due to parental connections, which also extends into the music business; Bohr’s father worked for Rounder Records, Universal Records and Geffen Records, while Crowhorn’s dad worked for Sony and for Polygraph.

The two have been best friends for “more years than I can count,” Bohr said. “Since we were 5 or 6, we have planned on doing this band. This is where we’re at now.

Bohr is hoping to rev up the Tall Squares’ momentum after the hiatus. Another batch of songs is in the works for an early 2020 release, and the band plans a tour in Europe next year.

Bohr believes the new energy and direction has given the band renewed vigor, a creativity that is expressed in {fig. 2}.

The album’s release party is at Kaiju on Saturday, starting at 9 p.m. Belushi Speed Ball and Grandma’s Boys also will be on the bill.