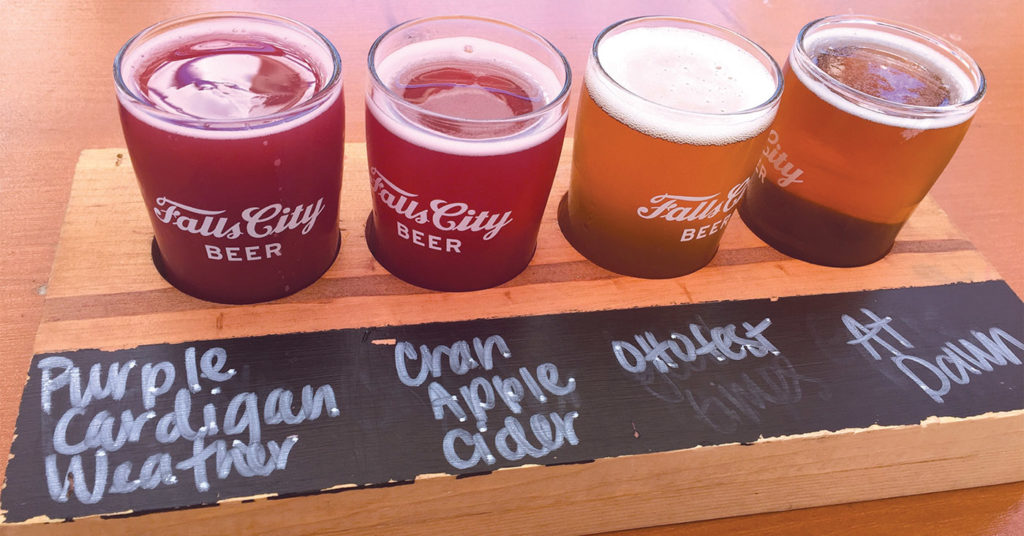 Republic Bank Presents Halloween Downtown
Big Four Station Park, Jeffersonville, Indiana
Free  |  6-8 p.m.
Celebrate Halloween with the kiddos early (so you can attend the events for adults listed below) at “Kentuckiana’s largest party.” Food vendors, inflatables, trick-or-treating and more — how can you say no?

Governor Debate Bingo
Trouble Bar
No cover  |  6-9 p.m.
It’s the last week of debates between Matt Bevin and Andy Beshear before the Nov. 5 gubernatorial election… and we’ve pretty much had enough of this shit. So, Planned Parenthood and the Fairness Campaign have come up with a bingo game to make the remaining gusts of political bluster a little more tolerable. Come early (from 6 to 8 p.m.) to help phonebank!

‘Jeopardy!’ Watch Party & Theatre [502] Fundraiser
HopCat
No cover  |  6-9 p.m.
Theatre [502]’s co-artistic director, Steve Moulds, is a brilliant dude, and we saw that not just because of the quality, local productions he puts together. He’s so smart that he’s earned a spot on “Jeopardy!”. Watch him compete at 7:30 p.m., or get there early to test your own knowledge in a game of trivia, starting at 6:30 p.m.

Louisville Beer Week
Various locations
Prices and times vary
It’s the third day of Louisville Beer Week, which is nine total days of events meant to bring local craft beer enthusiasts and breweries together. Despite being a bourbon town, Louisville is bursting with quality breweries — giving you lots of opportunity for fun (and drinking) this week. There will be several brewery collaborations and new brew debuts, starting with a dual release at Monnik Beer Co. and Against the Grain Brewery and Smokehouse on Monday of a blend of two barrel-aged beers called Tran Sam (as well as scary movie trivia at Monnik). Other events we recommend: a Women in Beer panel at Logan Street Market on Tuesday at 7 p.m. and First Freaky Friday at Akasha Brewing Co. from 4 to 11 p.m., featuring free palm readings, music from The Revival, a costume contest, Hot Buns Food Truck and a slate of new, small batch beers to test.

Family & Frightening Films
Gravely Brewing Co.
No cover  |  5 p.m.
An easy way to get yourself in the mood for Halloween is to turn on a scary film. Gravely has been showing two films, two times a week since the beginning of October — one for the whole family and one for adults only. This week, catch “Casper” and “Scream” on Tuesday or “Hocus Pocus” and “I Know What You Did Last Summer” on Wednesday. Treats will be plentiful, too: free popcorn from Mayan Street Food, candy and drink specials, including the bar’s pumpkin pie martini.

Latin Night at Logan
Logan Street Market
No cover  |  8 p.m.-midnight
What’s better: checking out the new Logan Street Market or learning how to dance the bachata? With this event, you don’t have to choose. Gabe Scott will be teaching amongst Logan Street’s collection of restaurants and shops. There will be $5 sangrias and margaritas, as well as empanadas and arepas from the Venezuelan eatery, Alchemy Restaurant.

‘Midsommar’ Halloween Party
ShopBar
No cover  |  7 p.m.
If you haven’t seen “Midsommar,” you’re still invited to this Halloween party at Louisville’s new ShopBar. (But you probably should watch it anyway, so you’ll understand why all your friends’ costumes feature flower crowns this year). Shopbar is going all out for their party based on a horror movie about a couple whose vacation to rural Sweden turns sinister. It’ll have food specials, drink specials (including the infamous mushroom tea) and a May Queen crowning. You’re encouraged to dress to the theme (a prize may be in your future), but all costumes are welcome.

Hocus Pocus Trivia
Tin Roof
No cover  |  7-9 p.m.
We know that you know “Hocus Pocus” by heart. You might as well win something for your obsession. Teams are limited to six people. Stay after winning for live music.

University Symphony Orchestra Halloween Spooktacular
Comstock Concert Hal
Free  |  8-10 p.m.
UofL’s premier orchestral ensemble knows how to celebrate Halloween. Instead of Beethoven, expect it to play recognizable music from pop culture (last year, “Hedwig’s Theme” from Harry Potter was on the menu), as well as dark, classical music. And watch out for those undead student conductors (dressed in costume, of course).

Día de los Muertos
South Fourth Street
Free  |  5-9 p.m.
Come celebrate the lives of loved ones past with this ancient Mexican tradition. This colorful family-friendly celebration will include music, dancing, arts and delicious food. Children’s sugar skull, papel picado and tissue flower workshops will be on hand. Get in the spirit with calavera catrina face painting. Marvel at traditional performances by Mexico Lindo Children’s and Folkloric Dancers, the Academy of Flamenco Arts and the Salsa Rhythms Band. At 8 p.m., join the candlelight procession and blessing of the public altars with Rev. David Sanchez of St. Joseph’s Catholic Church. Cellar Door Chocolates will be selling hot chocolate and other traditional sweets. MexA will be offering tacos and The Limbo will be selling empanadas. Mexican Fanta and Mexican Coca-Cola products will be available as well as el Jimador margarita cocktails and West Sixth’s new Cerveza. Louisville Metro Animal Services is sponsoring an altar to honor beloved pets. And be sure to check out the ‘La Vida, la Muerte y el Amor’ art show at Craft(s) Gallery & Mercantile.