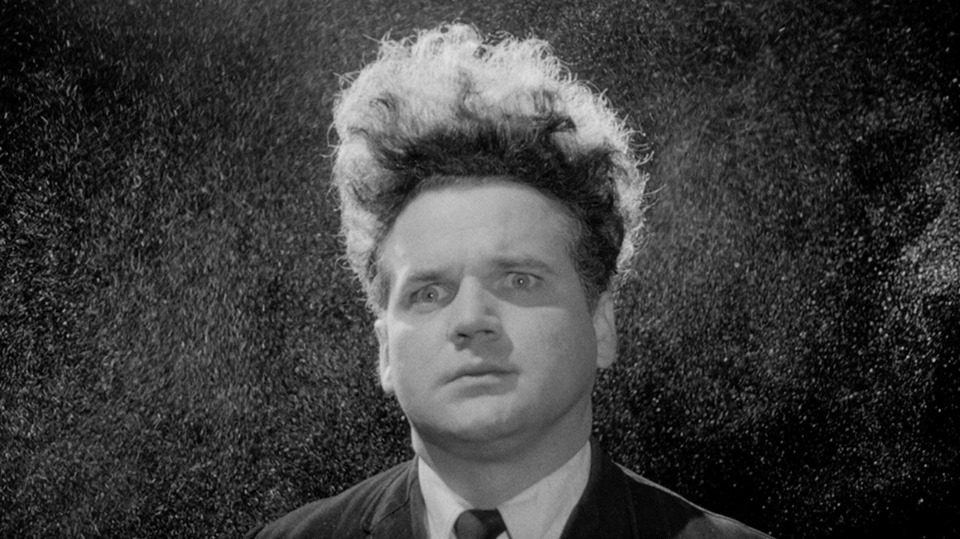 'Eraserhead' will play for free at The Floyd Theater.

Pizza Lupo’s Garlic Celebration!
Pizza Lupo
No cover  |  7-11 p.m.
If garlic didn’t cling to your breath like a Titanic survivor to a lifeboat, it’d be the perfect seasoning. Pizza Lupo’s owners, like any good Italian restaurateurs, are well aware of this. So, they’ve devised this evening of garlic love, featuring garlic-centric dishes and even garlic cocktails. The whole shebang is inspired by the 1980 documentary “Garlic is as Good as Ten Mothers,” in which chefs and food historians espouse their affinity for garlic. Relatable, right? The film will be showing at this event, with a portion of the proceeds going to The Coalition To Stop Gun Violence in honor of those affected by the recent shooting at the Gilroy Garlic Festival. No reservations are necessary to come.

Gravely Trivia Night
Gravely Brewing Co.
No cover  |  7-9 p.m.
There has to be a calculus equation that measures the amount of beer one drinks as compared to one’s ability to recall trivial facts. Maybe that will be a question at Gravely’s trivia night. After all, the brewery set out the challenge to see “who wins the battle between ABV and IQ!”

‘Eraserhead’
The Floyd Theater
Free  |  7-9 p.m.
We have to admit — it took three sittings to get through all of “Eraserhead,” David Lynch’s 1977, dystopian masterpiece, his first feature-length film. But we would do it again. Wouldn’t you?

‘Repairing the World Through Music and Story: An Interfaith Event’
Cathedral of the Assumption
Free  |  7-8:15 p.m.
This is part of the “Violins of Hope” exhibition in Louisville, which showcases 50 instruments played by Jewish musicians who were killed during the Holocaust. Read Marty Rosen’s story on the exhibit. This free event, brought by The Jewish Federation of Louisville and Center for Interfaith Relations, features Grammy Award-winning violin virtuoso Johnny Gandelsman. Organizers say the “evening will be comprised of moving stories, prayers from a diverse mix of the world’s faith traditions, and inspirational music meant to evoke healing, restoration, peace and hope.”

‘In Other Words: Poetry Exhibit & Reading’
ART x FM’s Flight Deck Gallery
Free  |  7-9 p.m.
This is the culmination of poetry writing workshops Louisville Literary Arts offered for free as part of the year-long community celebration of the 100th anniversary of the 19th Amendment, 55th anniversary of the Voting Rights Act and The Frazier History Museum’s Kentucky Suffrage Exhibition (opening 2020). “Polished, original poems,” organizers said, will be featured during a this reading. —LEO

‘Beyond Binaries with Robyn Ochs’
Spalding University Library and Academic Commons
Free  |  6:30-7:30 p.m.
Robyn Ochs is an educator, speaker, grassroots activist and editor of Bi Women Quarterly and two anthologies. According to organizers, Ochs “focuses on increasing awareness and understanding of complex identities and mobilizing people to be powerful allies to one another within and across identities and social movements.”

Pups & Pints: Halloween Edition!
Pizza Bar Louisville
Free (donation encouraged)  |  6-9 p..m.
Get yo doge in a Halloween suit and bring it down to Fourth Street for this fundraiser for the Kentucky Humane Society. Fifteen percent of proceeds will go the Society. Enter a pet costume contest and listen to music by Petar Mandic.

Meet the Brewer: Sebastian Sauer of Freigeist Bierkulture
The Louisville Beer Store
No cover  |  4-10 p.m.
This edition of Kölsch service features a special tapping of Freigeist beers! Stop in for $2.50 kölsch stanges all night and maybe try one of the unique and rare Freigeist offerings specially brought in for this event. And meet Sauer, co-founder and historical beer fanatic. The Beer Store says this “‘Free Spirit’ gypsy brewery challenges the stylistic conservatism that had prevailed in much of the country by reviving and updating unique, regional beer styles, many of which disappeared only a few decades ago.”

Kr8vN8vS TAP Takeover
Highlands Tap Room
No cover  |  10 p.m.-2 a.m.
Twice a month, hip-hop artist/producer Rmllw2llz and DJ DS take over the Highlands Tap Room with live hip-hop and DJ sets. Their company, Kr8vN8vS Records, is building a strong coalition of local musicians, so this is a great way to scope out some of the city’s rising talents.

Vaderbomb, Prayer Line, Cutlass Supreme
Kaiju
$5  |  10 p.m.
Step one: Find a scary costume. Step two: Wear that scary costume to this show, which is a celebration of both Halloween and the release of a split 7-inch featuring new music from the horror rock band Prayer Line and the venerable punks Vaderbomb.