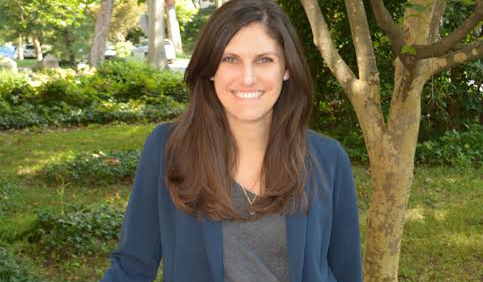 The nonprofit organization Young Authors Greenhouse wants to instill the art of writing in area students. While subjects such as math and science are generally given high priority in school, Jeannette Bahouth, who co-founded the organization  with Hannah Rose Neuhauser in 2017, believes that creative writing is a skill that is as useful as any. Bahouth, Neuhauser and a coterie of volunteers are on a mission to help children from underserved areas develop skills and learn more about themselves through writing. The Young Authors Greenhouse hosts in-school and after-school programs, and it also holds a variety of workshops. It has paired with area musicians such as Jim James, Teddy Abrams, Tyrone Cotton,1200 and Rachel Grimes to help set music to the poems of students. We caught up with Bahouth to talk about the organization and the future.

LEO: What made you want to start Young Authors Greenhouse?
Jeannette Bahouth: I have a master’s in creative writing, and I have worked in the nonprofit sector my whole career. Over the years, after I moved here, I realized that there was a need for more help in the area of writing in our communities. When I was working with the Humana foundation, we had a partnership with JCPS. I just loved working with the school system. My background being in writing, I was curious to learn more about that aspect of the work and found out that only 25% of our middle school young people in JCPS are actually writing at grade level. I thought, ‘Oh, there has to be something that we can do about this.’

That’s an incredible statistic. I’d not heard that before.
Yes. It’s not a statistic that a lot of people hear about. It’s really hard to provide writing instruction when a teacher has a class of 30 students. The teacher needs help. Our organization is designed to bring in a community of volunteers to sit with the students one on one. Encourage them to put the pen to paper and just start writing. They don’t have to write something eloquent and beautiful off the bat. But it’s important that we encourage young people to have a voice in the conversations that are happening. They have really important things to say about that. They’re going to be the leaders and the decision-makers in the future. The near future.

How exactly did your organization get started?
Well, I partnered up with another woman named Hannah Rose Neuhauser, and we co-founded the organization. She is the person that’s actually in the classroom. I take care of the behind the scenes stuff. She has the experience, where I don’t, in front of a class of students, getting that inspiration, getting the juices flowing, creating the environment that make students feel comfortable and then people comfortable to share their thoughts and ideas.

You got some early attention with the help of Jim James of My Morning Jacket. How did he become involved?
Jim is a member of our board of directors. He’s supported us in a lot of ways since the very beginning with fundraisers and benefit concerts. He also leads our songwriting program alongside Teddy Abrams.

What are some of the programs your offering?
We have a yearlong or semester-long project where students will publish a book of writing. They leave the program as published authors. Another program is a field trip in our center so students in a classroom would partner up with their teacher and they bring their kids to our center. It’s a two-hour program. We have a bookbinding machine in the center of that so that when they leave that field trip they are an author and they can bring their book home.

That is very cool.
Yeah! Then we have an after-school program where we have various themes every six weeks. Our first program is going to start next week and it’s an after-school program for middle school — ages 10 to 13, really. It’s a comic writing class. The students can come to that and write a comic or learn how to write comics. We’re partnering up with Louisville Visual Art for that. They do the art part, and we do the writing part and then some of them will be published in the neighborhood paper.

Obviously, your organization is still young but what kind of success are you seeing?
Well, there’s one school we started at where the students were all mostly a novice in terms of their writing ability. After only a semester of working with them, they all, I think 93% of the students, moved up one level to apprentice. That type of change within a semester is remarkable. We were hoping to track them for three years because they’re middle school students. Sixth grade, seventh grade and eighth grade, but after sixth grade, a lot of the students were in accelerated classes, and their schedule wouldn’t allow them to be in our program anymore. It was a good problem to have that they moved beyond their need for us.

Obviously, as a nonprofit you can always use volunteers. How would one go about offering their services?
That’s one of the big thing that we’re trying to push right now is to spread the word about who we are and encourage the community to volunteer. One of the misperceptions is that to be a volunteer you have to be a writer. It is absolutely not a requirement. Obviously, you need to know how to do the basics of reading and writing, but what the role of the volunteer is, it’s an advocate. It’s someone who sits next to the student and gives them that pep talk, to say, ‘Hey, you have an idea, why don’t you put that down and see where it goes?’

Any big plans coming up for you?
Yes, actually. Ignite Louisville [a program for up and coming leaders in the community] has selected us to be a partner with one of their teams. They’re organizing a fundraiser for us on Sept. 27 at Apocalypse Brewery. Then, in October, we have the ribbon-cutting for our store at the center, The Opposite Shop.

For more information or to volunteer at Young Authors Greenhouse, click here.