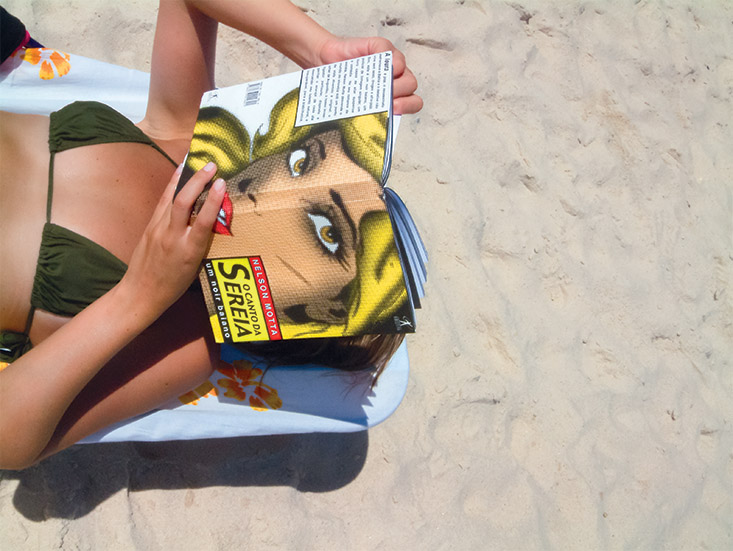 ‘Brazil’ by Charles H. Traub, at the Paul Paletti Gallery.

This story is part of a package on the 2019 Louisville Photo Biennial. For more, click here.

Its basic premise is a series of photo exhibitions and workshops set up throughout the Louisville region (and Frankfort). But, as Biennial Director Paul Paletti, owner of Paul Paletti Gallery, explained in this Q&A with festival administrator Sam Miller, the art of photography is not stagnant, and neither is the Biennial.

Said Miller, “I would just like for people to be surprised by the Biennial.”

The variety of venues has expanded, the types of photography are as varied as ever, and new nonprofit status means the Biennial is poised for more growth.

The Biennial officially kicks off Sept. 20 and runs through Nov. 10 with 69 exhibits, 10 workshops, 42 receptions and artist talks, including one from Louisville native and chairperson of the School of Visual Arts in New York City, Charles H. Traub (whose photo is on the cover). The opening reception is at 21c Museum Hotel on Sept. 20.

Read this issue of LEO for a schedule of the Biennial’s exhibits and a sampling of the range of photographs that will be on display. More information is at: louisvillephotobiennial.com

I was going to ask about the unconventional venues this year. I also saw The Root, the co-working space, is going to be on there.
SM: … ‘Third place’ — are you familiar with that sociological phrase? They’re talking about first and second spaces are your home and your work. Your third place is a third place where people come together to meet and exchange ideas. So, that’s kind of what I’ve been saying about our, as you pointed out, our unusual spots; they’re like third places. … So, we have, obviously we have the universities, galleries, all the ones you’d expect, but we also kind of try to meet people where they are. …

I noticed that some of the photos included in the Biennial this year stretch the definition of photography with elements that were added later, in post-production. So, are these — I’m going to get philosophical here — are these still photographs, and what makes a photo a photo?
PP: …A lot of people have redefined it as lens-based art, although that’s not correct either. Because we have things like the dress that Kevin Shultz [on page 11] is showing, which is a photogram. A photogram is where you lay something on a piece of photographic material and expose it. So, there’s not a lens involved. There’s just light and an object and photographic material, and it’s one of the oldest processes… So, those are photographic. I think anything that involves light and light sensitive materials and is frequently lens based. Again, it’s become more of an expanding definition rather than an exclusive one.

What do you hope people will end the Photo Biennial talking about this year?
PP: Hopefully, they’ll talk about new things that they saw; things that made them think differently about photography. I guess I’m always looking for the visual literacy aspect. We’re so inundated with images. There are literally billions being made every day. But that doesn’t mean that what you’re looking at is good, and we want people to understand that there is a difference between just making images and making art. Or even just making good photographs. For instance, a few days ago, I got an email from a restaurant that I like that showed one of their specials that they did last week, and it was just the most terrible, unappetizing photograph I think I had seen. … And, if you’re a little more visually literate, you can look at it and say, that really was not a good photograph; it’s not appetizing, and here’s why. A lot of us can get the part about ‘it’s not.’ It’s unappetizing, but why is it? Is it because the lighting was bad? Is it because it was composed poorly? It was lighted poorly? And those are things that, I think, make us, I’d say, better consumer of images to see more clearly what’s good and what’s not.

What are your plans for the Biennial’s future? Do you see growth?
PP: Yes… One thing we’d like to do is portfolio reviews. Portfolio reviews generally will involve bringing in, say five to eight people from different parts of the country, and these would be people who are very experienced either as educators, as showing artists themselves, gallery owners, museum curators, people who can bring different perspectives in and critically assess the work that they see here by photographers who would either be local or come in for this to present their work to these people and get good critical feedback. … The other aspect of that, too, is if they come here, they can see what we’re doing locally and the kind of energy, vibrancy and the quality of what we do, and take that idea out to other people that, you know, Louisville may be a very good place to come visit and see what’s going on, because there’s a very dedicated and very talented cohort of people working here. … It does go both ways. •