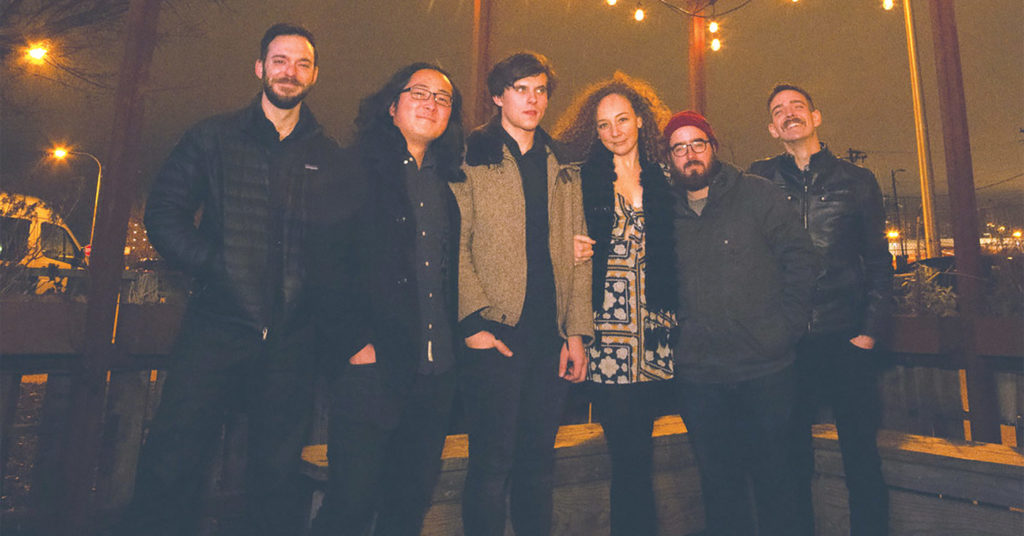 Nature can often have an effect on humans that’s like nothing else. For Rebecca Rego (and her backing band The Trainmen), the 2017 solar eclipse was nothing short of revelatory. Rego wrote “Fear, Love, And Greed” during a return trip from Tennessee, where she watched the eclipse, which caused a little philosophical soul-searching.

“I had this realization that life is better when we make the best out of what we have and learn to be satisfied,” Rego said. “That success is all a state of mind. There’s a line in the song that goes, ‘Michael there is a flood of warm and winter, you can take any fruit and make it bitter, but if I could kiss every part of you, I’d make it sweet.’ That line is about that idea exactly, that you can look at any situation from a negative perspective, but if you will your mind to be positive, it’s going to bring you a happier life.”

As “Fear, Love, and Greed” lightly strums its way in, it’s easy to assume you’re simply listening to just another soulful, ear-pleasing singer-songwriter ballad. Rego’s voice is forefront, both light and forceful, projecting with her unique honey-meets-husky timbre over a pleasant cowboy chord progression. About a minute in, however, Rego and her Trainmen surprise us, knocking down the doors as the song ascends into a powerful, mid-tempo, gospel-like number that crescendos to the end.

“It immediately seemed like a rocker,” Rego said. “I remember when we were writing the instrumental bridge section: We had this very specific idea how the bridge could dive into this break-down moment. We sort of beat our heads against a wall trying to see how it would make sense, but when things finally lined up it really became everyone’s favorite part of the song.”

While Rego said she struggles with her own ideas of success and personal satisfaction, she also realized that she’s not the only one, and she doesn’t live in a bubble of isolated self-doubt.

“I wrote it because it felt like there were so many people in my life, including myself, that were having problems defining goals for themselves and in an aimless state,” she said. “I hope this song rings true with people and maybe helps them be at peace with where they are on their life track. I think the most important thing is to be doing what makes you feel most like yourself and spending quality time with people you love.”

“We recorded it at April Base in Eau Claire, Wisconsin,” she said. “It was April there and there was still probably a foot of snow on the ground when we were trying to get some of our takes. There was a giant snow blower cutting through all the snow on the patio outside the studio. It was kind of awesome because it made us just stop and realize how beautiful it was outside.” •