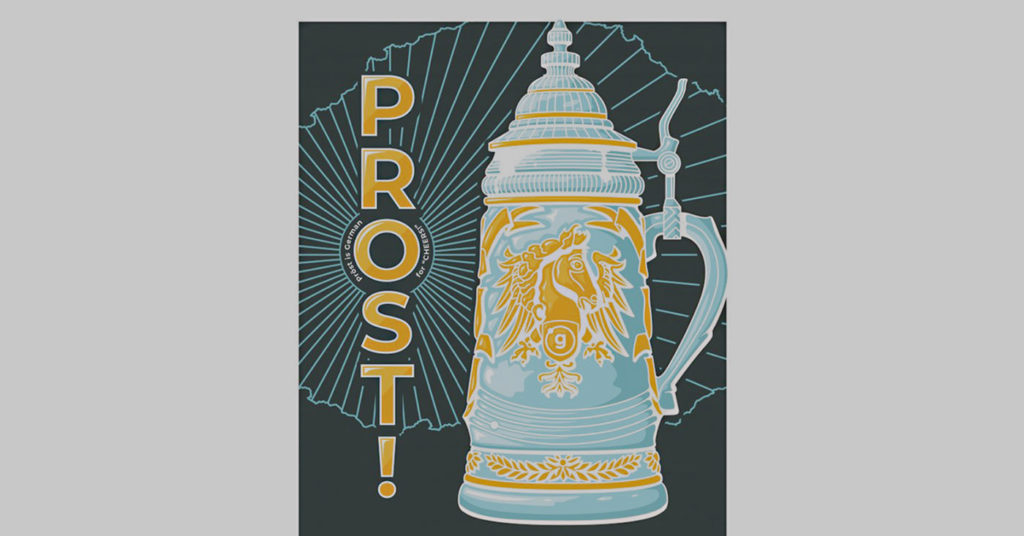 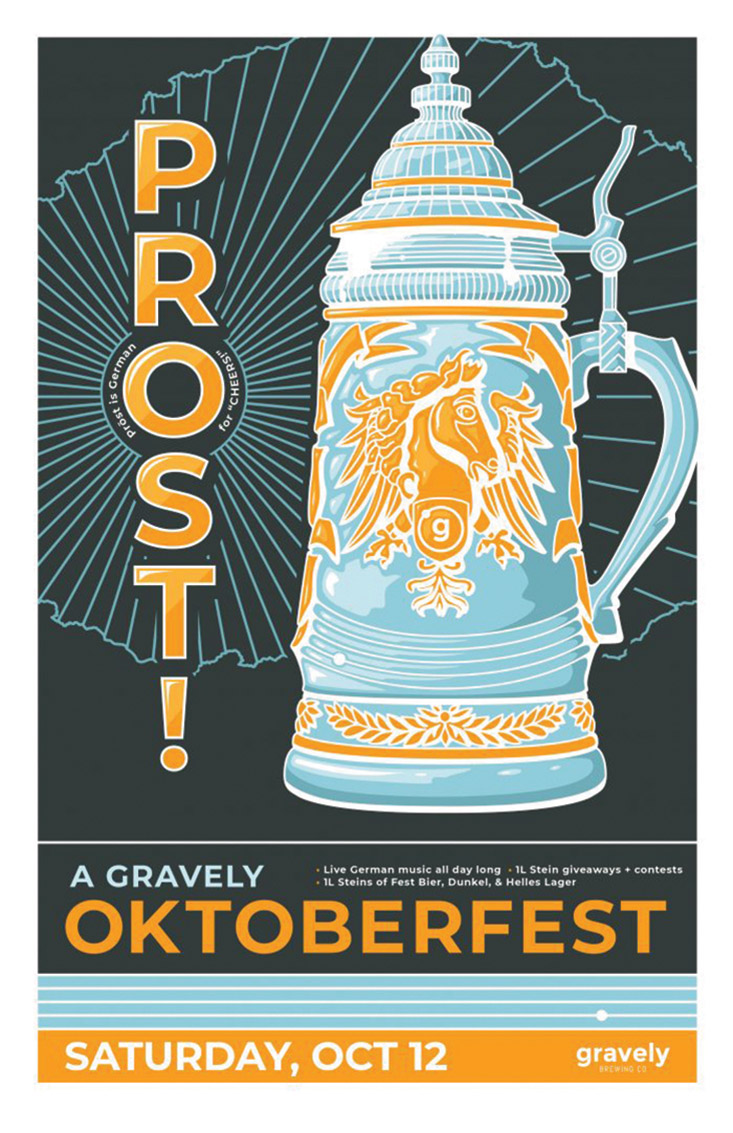 If you’re a Louisvillian — and haven’t been hiding under a knockwurst — then you’re doubtlessly familiar with Germantown, Schnitzelburg, Heitzman Bakery, Stitzel-Weller Distillery, Nanz & Kraft Florists and at least two thoroughfares named Blankenbaker. Louisville has been significantly shaped by German immigration. In fact, 15.5% of Louisville’s population boasts German ancestry — the largest local heritage group (the second largest is Irish at 11.6%), according to the online database NeighborhoodScout. Compare this to the relative ancestral make up of Louisville’s beer-drinking population, which is precisely 100% Irish during the month of March and 100% German pretty much all autumn. Hey, statistics don’t lie.*

So, to all the Herrs and Fraus wanting to embrace their (real or imagined) German roots, here are some ideas:

1) Head to Holy Grale. Doubly inspirational this time of year because it sits on property that served as a German biergarten from roughly 1870 to 1900, this is the only place in the city (that we know of) where you can enjoy a traditional Kölsch and Altbier service. “Our favorite place to drink Kölsch is in Cologne at a place called Lommerzheim and Altbier in Düsseldorf at a place called Uerige. It’s important for us to try and recreate this style of service as accurately as possible,” said Tyler Trotter, co-owner of Holy Grale.

At these “Hot Sünner Night” events (which take place Wednesday or Thursday evenings at Holy Grale as long as the weather permits… usually through October), you can drink Sünner, the first brewer of Kölsch, or Altbier in authentic 7-ounce “Stange” glasses. Your empty glass is automatically replaced with a full one until you place your coaster on top of your glass to signify the indulgence has come to an end.

2) Hang out at Great Flood Brewing Co. from Saturday, Oct. 5 through Saturday, Oct. 12. Check out Great Flood’s Oktoberfest Märzen (5.4% ABV, 15 IBU) or (oh, who are we kidding? and) challenge your palate by doing a German vs. American Oktoberfest beer taste test. Great Flood will feature a rolling list of four German (including Ayinger Brewery, Warsteiner, Paulaner Brauerei München, Bayerische Staatsbrauerei Weihenstephan, Hacker-Pschorr, Bitburger Brauerei and Hofbräu München) and four American Oktoberfest beers (including Great Lakes Brewing Co., Sun King Brewing, 3 Floyds Brewing Co., Upland Brewing Co., Blue Stallion Brewing Co. and Brooklyn Brewery). Whenever a German beer blows, it will be replaced with another German beer, and the same thing goes for the American taps, so come early and often to get the chance to try them all.  Choose between pint, half-pint, liter or half-liter stein pours. If you miss out on the guest taps, you can still enjoy Great Flood’s Oktoberfest, Pilsner and Dunkel until they’re gone. Don’t miss the Stein Hoisting Event on Oct. 5 and “Boot Glass” raffles on Oct. 5 and Oct. 12.

3) Check out one or more of these Oktoberfest events, listed in date order (descriptions provided by the organizers):

The Boston Beer Games will be played, so get those relay teams together and strengthen that stein hoisting arm! Dress in your best German inspired outfits and put on your dirndls and lederhosen.

Kick off the event with the West Sixth Brewing Weiner Dog race, then roll out the barrel. There will be plenty of beer, from the classic Samuel Adams Oktoberfest to Monnik Beer Co.’s Kaiser Von Schnitzelburg.

Ottofest, Saturday, Sept. 28, at Falls City Brewing Co. Named after Otto Doerr the first brewer ever hired by Falls City in 1905, the festival will feature firkin tapping and special toast to kick off the day. Collectible half-liter mug steins that will get you cheaper pours at the taproom in October will be available while supplies last. The 2019 Ottofest, a traditional Märzen-style lager will be on tap, with a fall cider and a German dessert stout.

Oktoberfest, Saturday, Sept. 28, Holsopple Brewing. Enjoy three bands (R&R3, The Revival and headliner Frankie Leo), FlavaVille Food Truck and a huge beer tent. A bounce house will be available between 2 to 5 p.m. for kids who come with their parents.

Oktoberfest and Fall Market, Friday Oct. 4-5, at 3rd Turn Oldham Gardens. The Market will feature local crafters and vendors with a fall and German theme. Kimmet and Friends perform Friday; and Saturday is the River City Polkatz with traditional German music to get everyone in the holiday spirit. The Backside Grill has prepared a menu of traditional Bavarian favorites from a sausage bar with all the toppings to sauerbraten and schnitzel. 3rd Turn Brewing has created an Oktoberfest beer, which is affectionately called Beer Flavored Gun Boobs. On Saturday, enjoy games including stein hoisting and relays, best dressed and more. Join us to roll out a barrel and raise a glass in true Bavarian spirit.

*While nationwide a large group of imbibers celebrate their Mexican heritage May 5, this group is significantly diminished in Louisville due to an annual rash of mint julep hangovers. •