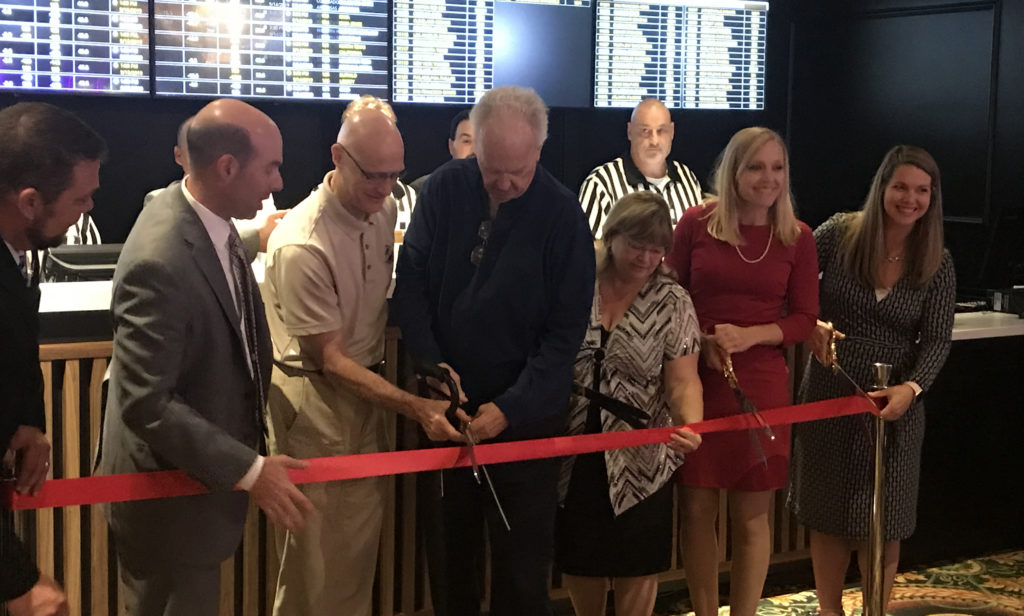 You can now gamble on basketball, football, baseball, mixed martial arts and other sports at two places in Southern Indiana.

On Thursday, the Horseshoe Southern Indiana Casino located along the Ohio River in Elizabeth, as well as a satellite location called Winner’s Circle Race • Sports • Pub in Clarksville, began taking action on sports gambling. This comes on the heels of a bill signed into law in May by Indiana Gov. Eric Holcomb, which legalized sports betting in the state. Hoosier officials estimate it will bring $87 million in tax revenue over the next five years. The Horseshoe and Winner’s Circle are two of the initial 13 sites permitted to accept bets.

“We’ve offered cards, dice, great nightlife, food, a hotel, and now we add sports wagering to that, and I think it will be a great compliment and something that our guests will be very interested in,” Southern Indiana Senior Vice President and General Manager Brad Seigel said.

On Thursday, a ribbon cutting ceremony was held at the Horseshoe, with former Green Bay Packer and NFL Hall of Famer *Paul Hornung placing the ceremonial first bets (he took the Packers -3 this week, and the Saints to win the Super Bowl.) For now, the sportsbook is being held in a small area on the second floor of “The Boat” near the bar Envy, which has several TVs playing sports. But Horseshoe plans to move the book across the street in the near future when its new casino is finished.

“We’ll be here for three months, here in Envy, and then we’ll move across the street,” Seigel said. “And it will be a much more luxurious sport’s book with a wall of televisions that’s going to be over 100 feet wide, dozens of lounge chairs, and really, I guess you would say, a Las Vegas-type experience.”

Currently, the live board and the odds sheets feature mostly weekly lines (which allow for up to eight team parlays) and futures for basketball, football, baseball and mixed martial arts, but Horseshoe’s Poker and Sport’s Book Manager Jimmy Allen said that they will accept bets on anything that is approved and legal. So, if there’s something you want to gamble on, just ask. (Here is the list of what was initially approved, but this possibly be expanded at some point.)

“If there’s something you don’t see on the board, and you don’t see a sheet for, and you want to know the odds, I’ll print you up a sheet,” he continued.

The goal for the Horseshoe isn’t to have a minimalist betting list, it’s to provide a full sport’s gambling experience.

“We want this to be a Vegas experience,” Allen said. “When you go out to Vegas, you can bet on anything. And we’ve put a lot of weird things in there. Things you don’t think about living around here in basketball country. You can bet on sailing. You can bet on darts.”

The Kentucky legislature failed to act on sports betting bills in the last session, and it is unclear when the issue will be taken up again.

*An interesting side note is that Paul Hornung was suspended for the entire 1963 NFL season for sport’s gambling.