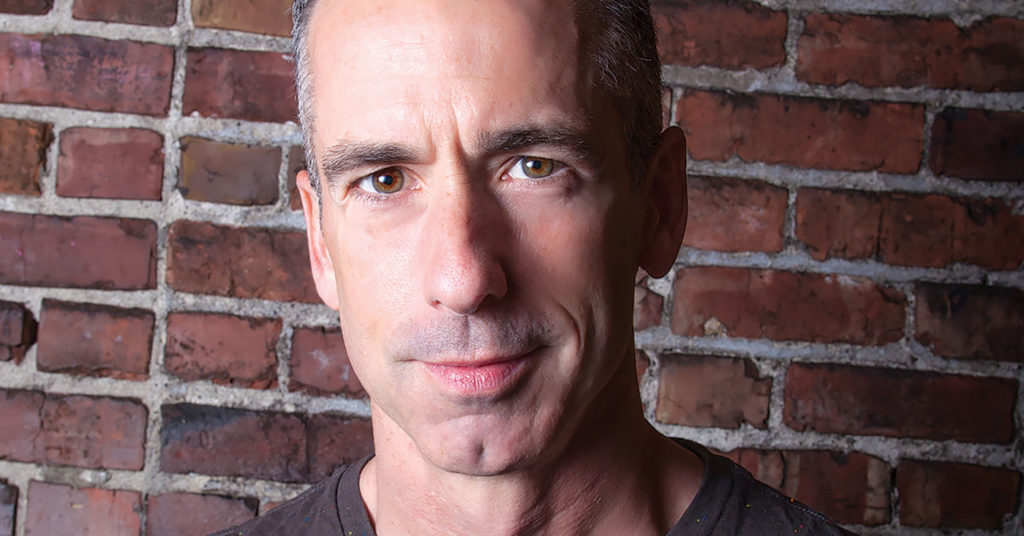 Q: I don’t listen to your podcast religiously, but as soon as I told my best friend this story, she said, “That’s a question for Dan Savage!” Backstory: I have a monogamous partner who I live with. It’s a heterosexual relationship, but we are both bisexual. That little inkling of homosexuality really drew me to him when we first met. He also told me early on about his previous girlfriend, who looked like a “suicide girl” (tattoos, short skirts, dyed black hair, heavy eye makeup) but had serious issues (they had sex only 10 times in three years). I’m by no means a suicide girl. I’m pretty average looking with natural hair and no tattoos. I don’t wear makeup, and I have an affinity for baggy T-shirts and jeans. I love having sex but rarely do I present myself as “sexy.” Recently I learned that my boyfriend follows hundreds of women on Instagram, and 95 percent of them look absolutely nothing like me. (Remember the hot suicide-girl girlfriend? They mostly look like her.) It made me really upset. I felt insecure about myself. I felt distrustful of his positive comments about how I look, like he doesn’t actually think I’m sexy. It certainly doesn’t help that I want to have sex way more often than he does. He’s always “tired.” I was angry at him and instantly craving to go back to a sexual relationship with past partners who thought I was the bee’s knees. He has no idea why I would be upset. He says he feels like he’s supporting these women and that they feel “empowered” by all the men leaving comments like “Show me your boobs” and “I wanna shove my cock in you.” He says he deleted his Instagram just to make me happy, but I still feel shitty about the whole thing. Am I being oversensitive? Is he being insensitive? Could we be sexually incompatible? At this point, I’m ready to look outside of our relationship for sexual interactions.

A: I don’t listen to your podcast, either, YVOIG, so that makes us even. (I assume you have a podcast. Everyone does these days.)

Zooming in: You don’t have a great sex life with your boyfriend, YVOIG, as you seem to have mismatched libidos—and one partner “always” being tired isn’t a problem that gets better over time. These are both signs that you probably need to end this relationship. (Already looking outside your monogamous relationship for sexual interactions? Another sign.) But you can end things without having a meltdown about the fact that your soon-to-be-ex-boyfriend was also or usually or, hell, even exclusively with one notable exception (YOU!) attracted to “suicide girl” types. Instead of telling yourself that every compliment your soon-to-be-ex-boyfriend ever gave you was a lie, you could tell yourself that while your soon-to-be-ex-boyfriend definitely has a type, he also found you attractive. Because you are attractive. You’re so attractive that you caught his eye despite not being his usual type.

In other words, YVOIG, you don’t have to feed your self-esteem into a shredder as you end this relationship.

P.S. Your soon-to-be-ex-boyfriend may have deleted his old Instagram account, but I promise you he quickly created another one. And here’s hoping your soon-to-be-ex-boyfriend only directs “empowering” comments like “I wanna shove my cock in you” at the kind of people on Instagram who regard those types of comments as “supportive.” They’re out there—men and women—but there are fewer of them out there than too many men, gay and straight, seem to believe there are.

Q: I’m a 28-year-old straight guy with one kink: I want to be collared and on a leash. That’s it. In private. Basically, I just want to curl up at my girlfriend’s feet with the leash in her hand. Just me on the floor next to the couch while she watches television, or me on the floor next to the bed while she reads. I’ve had three serious girlfriends, and all three laughed in my face when I told them about this. I’m dating a girl now that I like a lot, and she actually asked me if I had any kinks, and I couldn’t bring myself to tell her. I’m worried about her laughing in my face, too.

A: People often have knee-jerk, sex-negative reactions to kinky requests not because they necessarily think peeing on someone or leashing someone is hopelessly perverted or disqualifying, LEASH, but because they’ve never imagined themselves peeing on someone or keeping a boyfriend on a leash. The request conjures up a mental image that conflicts with a person’s self-conception—they never thought of themselves as the peeing-on-other-people or keeping-the-boyfriend-on-a-leash type—and nervous laughter is a common response to that particular brand of cognitive dissonance. It would be better if people didn’t have this reaction, of course, but you should brace yourself for it, laugh/shrug it off, and then proceed to explain why this is such a turn-on for you and what’s in it for her. (It sounds like a pretty easy way for her to crank you up when she’s feeling horny.)

If the reactions of the last three girlfriends left you scared and scarred, LEASH, tell your current girlfriend via text. (“Hey, remember when you asked if I had a kink? I do: being on a leash.”) Then, if her first reaction is to laugh, you won’t be there to hear it. You might get a “LOL, what?” in response, but don’t let it shut you down. Keep texting, keep it light and playful, show her that you have a sense of humor about it… and you could finally end up on that leash.

Q: I’m a 43-year-old woman who has been enjoying the company of a much younger man (he’s 24). His energy, enthusiasm, and straight-up bravery in the face of the current horrors of the world are giving me a renewed sense of purpose. Plus, the sex is phenomenal. What’s giving me pause is that my generally sex-positive friends are deeply creeped out by this relationship due to our age difference. He lives on his own, he has a degree and a career, and he supports himself—so this isn’t a “sugar mama” situation. I have no authority over him in any capacity. I also have no delusions of this lasting forever. Am I really so wrong for enjoying this while I can? My friend circle includes all manner of kinky and queer folks, so their reaction is really throwing me for a loop.

A: My hunch is that your sex-positive friends have made two assumptions. First, they’ve assumed you have more power in this relationship because you’re older (as if youth and maleness don’t confer their own powers!). And, second, they seem to have assumed you have to be abusing your power somehow. It’s a legitimate concern—power is so often abused, and we should all be thoughtful about it. But “often abused” does not equal “always abused,” TOWNY, and in no way are you abusing this grown-ass 24-year-old man. If your sex-positive friends give you any more grief about the age difference, give them grief about their ageism and misogyny.

On the Lovecast, we take on money AND vaginas: savagelovecast.com.
[email protected]
Follow Dan on Twitter @fakedansavage
ITMFA.org