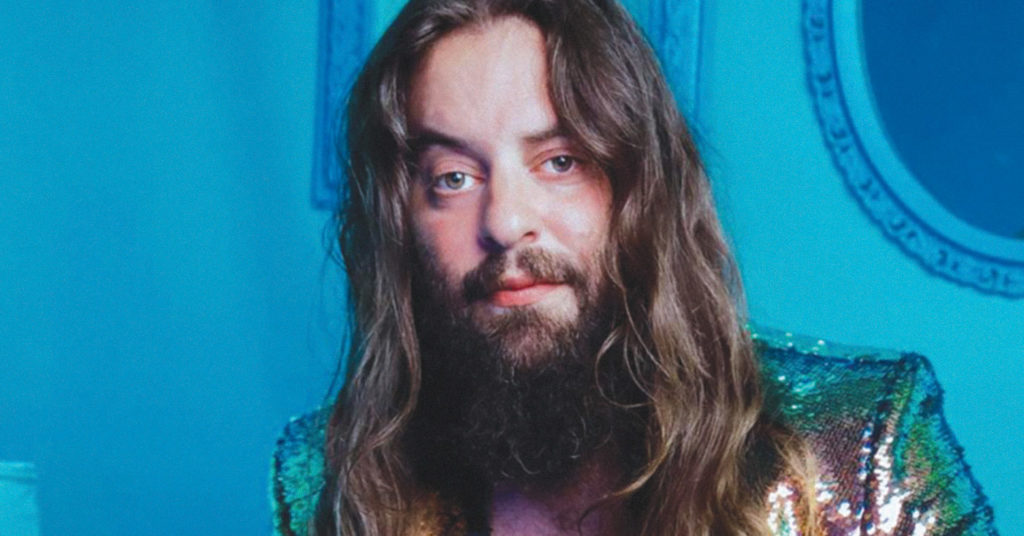 Timothy Showalter likes to talk, “especially when it’s about Louisville.”

Known for being the architect of Strand of Oaks, the Philadelphia-based indie-rock singer-songwriter broke on the scene nearly 10 years ago, but Showalter credits his latest release, Eraserland, to Louisville and to the city’s renowned La La Land Studios, where it was recorded.

“For me, I’d always flirted with Louisville,” he said. “I love this place. I grew up in Indiana, and it was somehow eight hours away from where I grew up, because Indiana is so long. It felt like this long process, but man, I spent the best time of my life ever making this record, like ever, and that was all thanks to Louisville. I’ve got a very special place in my heart for that place.”

It was his fast friendship with Kevin Ratterman, owner of La La Land, that brought him to the city to record. They met on the road when Twin Limb was opening for Strand of Oaks.

“I was just having a casual conversation with Kevin, who was playing guitar with [Twin Limb],” Showalter said. “I was like, ‘Oh, were you ever in any bands before this?’ He was like, ‘Oh, I was in this band called Elliott.’ I saw my wife for the first time ever, probably 2002, 2003 at an Elliott show in Wilkes-Barre, Pennsylvania. I love Elliott, and I love the whole Louisville scene. So that was when the celestial gods of fortune smiled on me, and it just started this rolling effect of me visiting La La Land and becoming best friends with Kevin in a tough time of my life.”

When it came time for Showalter to begin preparations for what would eventually become Eraserland, he found himself in a “way, way down” place with zero songs. Still, after talking it over with Ratterman, Showalter booked some studio time. Fortune yet again shined upon Showalter when he received another opportunity: My Morning Jacket (sans Jim James) assembled as his studio backing band.

“I had no material before I knew that the Jacket boys were coming in,” Showalter said. “But, there was studio time booked, and they were committed to kind of help me out, because I was pretty fucking depressed. I think they caught wind of it, and they wanted to help me out. They committed, and we had studio times booked, and I had zero songs written. There wasn’t that much time. I was tasked with the challenge: to have one of my favorite bands ever backing me up and needing to write songs that were not going to waste their time.”

Showalter had things figured out by time that the studio sessions rolled around, writing parts for each instrument, but also lyrically turning in one of his most honest, direct, and confessional performances yet.

”I was on a mission to write songs for them — I was excited,” he said. “I wanted to write a drum part for Patrick [Hallahan]. I wanted to think about a bass part for Tommy [Blankenship]. I was just composing a record for them almost as a thank you letter for my appreciation, but in reality, I was writing a very personal record. It really helped me get out of my head, because I was just excited for the first time in a long time in my life. The songs just came out.”

The end result was something far beyond what Showalter had originally envisioned, a point made gleefully evident from Showalter’s ever-abundant giddiness when talking about the experience.

“What was so cool is they all played half as much as I gave them,” he said. “I don’t know how to explain it. They played so much less than what I wrote. They made it so much more breathable and minimal. Whereas, I would have seven guitar parts for no reason written, Carl [Broemel] would just pick a few notes out of it. Those two notes out of the 30 were perfect, and nothing else was needed. That was my first experience ever with that. This is not only professional musicians but profoundly creative musicians that you work with. You know the Groundhog Day thing? If I can have the day where we recorded ‘Forever Chords’ on a loop, I would be fine with that. That was perfect. That was a perfect day.” •