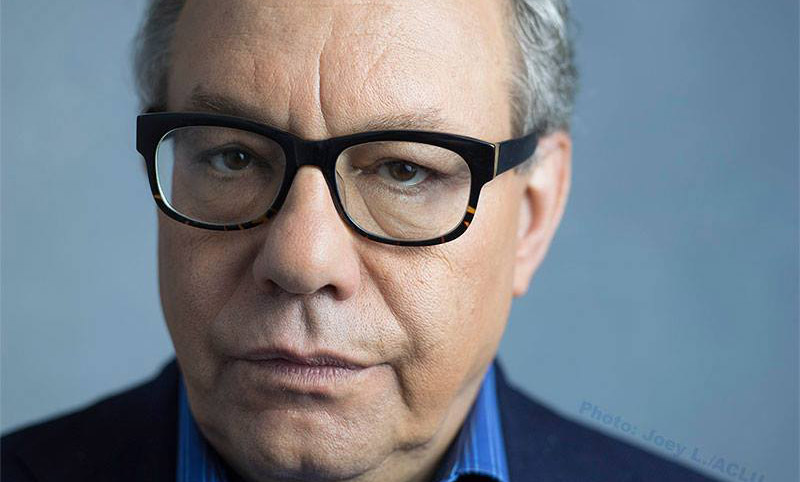 Lewis Black grew up in Washington, D.C. and recalls when politicians knew how to compromise to get things done. Not any more, he told LEO: “I believe it went off the rails when these people stopped drinking.” Black is one of the more recognizable faces in comedy. He is in town for a one-night only engagement, Thursday, Oct. 3, at the Kentucky Center.

LEO: A lot of comedians stay away from politics because of such jokes have short life spans. You run headfirst toward that topic. Why?
Lewis Black: It’s not politics. … It’s more social satire than it is political satire. It’s not about the schmuck who came up with the healthcare plan. It’s about the healthcare plan. It’s about health insurance. It’s about assisted living. It’s about education and not paying teachers. It’s about: The reason that we don’t educate our children is because we don’t want them to be smarter than we are. Another part of it is that I was raised in and around Washington, D.C. So, my local news was national news.

Was it exhausting having all of that in your face growing up?
That’s why I don’t live there anymore. In retrospect, they had a lot more respect for each other. In retrospect, they knew that the reason they were elected was to compromise. That whatever either side had wasn’t that important. Whatever you have that is important, you put it together with what’s important on the other side and come up with a compromise. That’s why you ran for office in the first place, schmuck. I believe it went off the rails when these people stopped drinking.

It has become voracious loyalty to party over the people.
It’s ridiculous. It’s absurd. The profound problem is beyond politics. It’s the fact that there are no adults in the room. I’m not a kid talking about this. I’m 71 years old. These people are appalling. These people who claim to be adults. Are you serious? Then, act like adults. What you do affects people. You live in a bubble. Get out of the fuckin’ bubble. See how people are living. See how they’re being hurt by your inability to get shit done.

How do you like the Democratic primary contenders, so far?
I don’t really care. It’s way too early. They shouldn’t be doing this already. How many emails am I supposed to get that say, ‘Send me a dollar?’ Fuck you. In a country that doesn’t want to pay taxes, we sure spend a lot of money for people to run for office. It’s ridiculous. So they can run and not do anything? How dumb are you?

Is it too early, or even necessary, for them to be as nasty as they’re being to each other? Doesn’t that play to the other side’s advantage?
It’s that there are no adults. The problem is not just the Republicans. The problem is also the Democrats. Seriously, the moment Trump said that Mexicans were rapists and criminals, you needed to have someone, and I don’t care who it is, someone, and it really should have been a Republican and a Democrat together, needed to stand up and say, ‘That’s not true.’ You can’t have no response to something like that.

Is it a positive step forward that corporations like Walmart are self-policing through their gun purchasing policies if the government won’t do it?
What’s amazing about that is, you would think that corporate America would be the last motherfuckers in the room to step forward. But at least they’re doing something. Nothing else is occurring. Nothing is occurring in Congress. Nothing is happening in the presidency. Ninety percent of people want some kind of reasonable gun control. There’s a bit I have, and it’s a true story about how two people got shot during a gun safety class at a church. That’s how you have to come at it ­— the absurdity of it, not the politics. The idea was that everyone can have all the guns they want to, to protect themselves. Well, that’s not working out. You can talk about it all you want to, but it hasn’t worked. So, now the adults need to figure out what to do. This isn’t up for discussion. It’s hard to come up with a solution, yes. But we need to deal with it. There will never be a complete solution. We can’t keep all of our citizens safe from all of the things that will befall us. But we have to do better. •