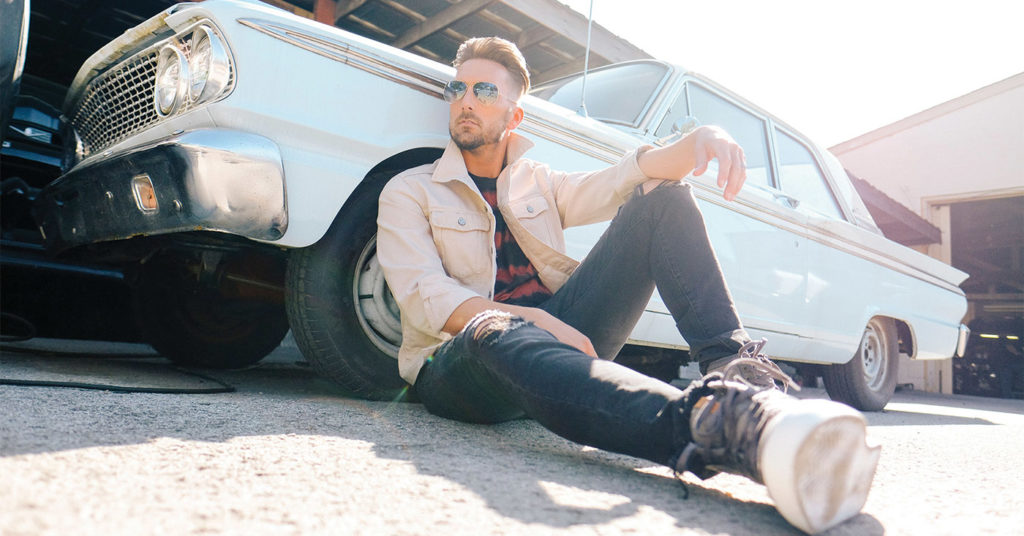 Taylorsville native J.D. Shelburne picked up the guitar at 19 after his grandmother passed away and fell in love with the instrument immediately. Shortly after, he started to pick up sporadic gigs at small bars, but lately he’s been on a hot streak, performing at big venues like the Ryman and the KFC Yum Center, while recording three full-length albums since 2014. His newest album Two Lane Town blends country tropes with a touch of pop to put a spin on a classic sound. In advance of his upcoming performance at Hometown Rising, we caught up with Shelburne to dive into a few of his songs.

LEO: In ‘Born for This,’ I like this line, ‘From the campfires to the county fairs, as long as there is a crowd I’ll play anywhere.’ I’m interested in your relationship to the crowd here.
J.D. Shelburne: I started around a campfire. We’d have parties around the house. We’d just sit out by the campfire and play our favorite songs or whatever was popular on the radio. At the time, that was the highlight of my life. I’m the life of the party. I never dreamed that I would get this far and get paid for it —to do what I love. I literally started at campfires, then I worked my way up to a church, then I played nursing homes. Then gradually it went to county fairs and festivals. It’s been a gradual climb. As long as there is a crowd, I love to play music live.

There are allusions to religion throughout the album. Tell me a little about your relationship to religion.
I grew up in a Baptist church with my parents. My mom and dad were heavily involved in church. That was literally the first stage I played on was a church. I’ve always been a believer in God. Everything I do, I do for him. When I first started with my guitar in college, I started to outgrow it. I told my mom and dad if you buy me a new guitar for Christmas, I’ll sing in church. And lo and behold that Christmas they brought me a brand new guitar. I performed in my hometown church next month. That’s kind of where I got my taste for the stage.

‘Stuck in My Memory’ is about nostalgia. Can you tell me how important nostalgia is to you and your music?
Believe it or not, I was actually going home to visit my parents. I was stuck in traffic on Highway 65 in Taylorsville. I got behind a tractor, and this traffic was driving at least four miles per hour. And I was like, I have not been behind a tractor in at least, I would say 8 years. I was just going to enjoy it. From the time I got behind the tractor to the time I got to Taylorsville, I wrote that song.

What inspired the low-key hip-hop elements — trap work — of ‘Lovin’ on a Dirt Road?’ It’s definitely an interesting choice in context, although one that makes plenty of sense.
I’d had the song in my repertoire for a while. I wrote this song a couple of years ago, and it sat in a folder on my desktop for a while. I just started testing out songs at shows. And folks were like, ‘Is that on an album?’ I think country music is changing. I do love the change. The sound is different. I kind of love it. It’s really hard to represent that in the shows without a track. There are so many fills in this song that you can’t represent in a band.

The song ‘Superman’ is about everyday heroes. What makes for a hero to you and why?
My dad growing up, he was always at every ball game. Everything we ever did, my dad pushed us. Made sure that when I turned 16, I had a truck to drive. If something went wrong on my house, my dad fixed it. I co-wrote this song with a couple of other guys who had the same kind of upbringing as I did. As we’ve gotten older, as your dad gets older as well, maybe he can’t do what he used to. That’s what we wrote about in this song. Luckily, my dad is in great health. But my co-writers though, they aren’t so lucky.

What’s next? When should folks expect a new record and what should they expect from it?
My new record is going to come out next year. This last record put two videos on CMT. I’ve played 145 shows this year. My next step is getting a talent agent in Nashville, getting on a national tour and hiring a manager. I’ve worked really hard for every single thing myself. It’s time to kind of lean on someone else so that I can just focus on the music. •