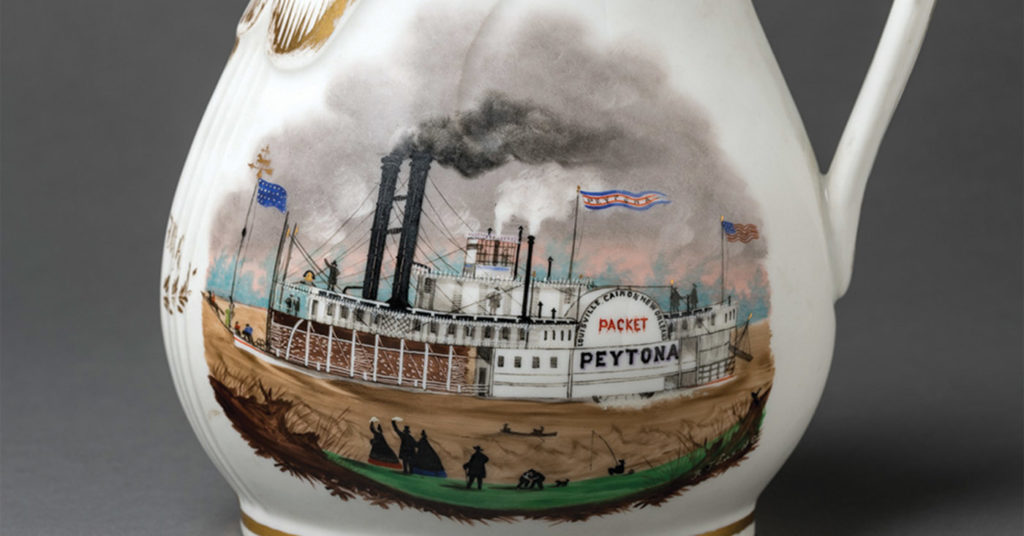 The Speed Art Museum had 13,000 objects in its collection as of 2018, many of which were on-loan. But from whom, it’s not always clear.

For the past three years, Chuck Pittenger, the museum’s chief registrar, has been actively looking for the owners of a little over 1,000 of these objects. The current batch, which Pittenger listed in legal ads in the Courier Journal and the Lexington Herald-Leader two weeks ago, included a dragon-decorated sword and spear, a newspaper clipping announcing the death of Abraham Lincoln and several vintage household objects, such as an egg cup and goblets.

Most of the objects were donated to the museum before World War II, when record keeping was sporadic and unorganized, said Pittenger. As such, many of their owners are no longer able to claim them, but the museum wants to identify their origins for several reasons: It helps it clean up the records and, if no one speaks up, the items officially become the museum’s property — allowing the Speed to either repair them if needed, transfer them to more appropriate museums or sell them.

“It’s trying to get holes and loose ends cleaned up,” said Pittenger. “Any number of museums are doing this.”

The Speed and other Kentucky museums pushed for the Kentucky state legislature to pass a law 23 years ago that allowed them to gain the titles to items whose loan agreements expired seven years ago and whose owners couldn’t be found.

Many of the items donated before World War II have only simple descriptions associated with them. “White petticoat,” one might say (no dimensions, of course). Or “Vase. X inches tall.”

“You couldn’t even find that in your house,” Pittenger said.

Today, objects are still loaned to the Speed, but Pittenger thinks the system is good enough to ensure that their owners are no longer forgotten.

Since the Speed has started trying to find owners for some of its objects, no one has stepped forward to claim any of the pieces. Pittenger believes that many of the items were donated by Hattie Speed, the founder of the museum. The ads have generated some interest from curious members of the public, including one person who wanted to know if the Speed still had an item that a family member had given the museum.

“They didn’t get it back, but they know that it’s in the museum and that it’s being properly cared for — that  it’s still here,” Pittenger said.

The Speed’s items with unknown owners often don’t fit into the museum’s current displayed collection. In some cases, they were given as part of an estate in which case, the museum received the deceased person’s art collection but also their household items. Now, they reside in hidden chambers in the Speed, where some haven’t seen daylight for half a century.

Vintage weapons, too, have been sent to the museum in the past, as well as one piece of the first transatlantic cable. The Speed has been able to transfer those types of items to historic homes throughout the state, the Kentucky Military History Museum and the Kentucky Science Center.

The item could also be an object that the museum wants to display but wants to own before it can invest the money to repair it or to get it authenticated. Such was the case for a pitcher painted with an illustration of a steamboat, which had a chip in its handle and is now on display at the museum.

The museum also sells items that it doesn’t believe have a place in other institutions. But Pittenger said that any money generated must only go toward procuring new objects for the Speed. Once a new item is bought, the Speed will display it with the phrase “by exchange,” and the name of the donor who lent the item whose sale price was used to buy it (if their name is known).

“The spirit of transparency is paramount to us,” Pittenger said.

The Speed goes to great lengths to ensure that its loaned items are taken care of. If the museum knows who an item’s owner was, but can’t find them, they’ll send a letter to their last known address. That means a lot of notices sent to parking lots.

But Pittenger doesn’t mind when the letters show back up at his office.