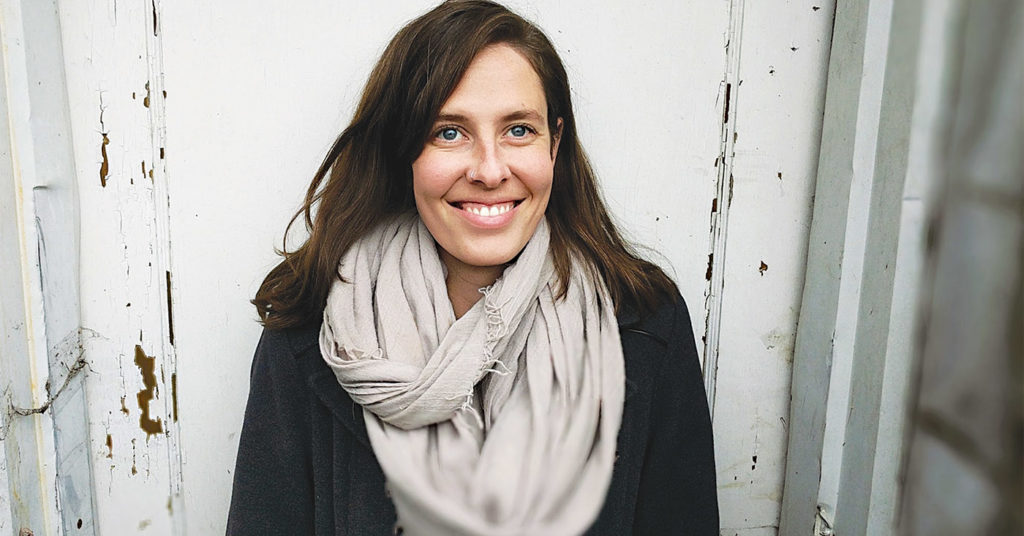 For Berea’s Alix E. Harrow, this is a time to celebrate.

Celebrate what? Well, she can take her pick. A couple weeks back, she received the vaunted Hugo Award for Best Short Story. Her winning work was “A Witch’s Guide to Escape: A Practical Compendium of Portal Fantasies” — a cute, socially conscious and uplifting tale from Apex Magazine (receiving it not long before that Lexington institution for publishing speculative fiction shut its doors).

But, now Harrow has delivered something with a little more weight. “The Ten Thousand Doors of January” is a fantasy novel with coming-of-age and historical-fiction elements as well as thrills. It’s not completely dissimilar from the award-winning short: Both show young people encountering and then learning to escape troubled lives through means that leave reality behind.

Harrow works very well with young characters — but she’s not specifically writing “YA.” The nominal setting of “January” — the early 20th century, with the Victorian era giving way to the age of robber barons — gives opportunity to subtly address American imperialism, with hints to how it has carried forward to affect our lives today.

LEO recently spoke with her over the phone. The talk started with her approach to connecting difficult parent-child relationships to vivid tales of the fantastic.

Alix Harrow: When I started writing [“January”], I was doing the convenient thing: to get a kid to have adventures, you have to get the parents out of the way. Parents make things safe, and they help and protect — and that’s inconvenient if you’re trying to have a plot. But halfway through the first draft, my first kid was born. It reshaped a bunch of stuff in my head. I could no longer have absent parents for whatever reason — I had to have their perspective. Not much of the actual plot changed, but the emotional heart pivoted and it was much more about family connections.

LEO: How did you choose the time setting of the beginning of the 20th century?

I have my master’s in history, and that is the period I studied. So, to save myself time… I was naturally drawn to the turn of the 20th century. It was a moment where the world’s power dynamics are spectacularly clear and vivid and kind of horrific. I was interested in looking at them in fiction.

Winning the Hugo for a shorter work, and now you have an immersive fantasy novel: Are readers or editors going to be looking for you to quickly deliver more of one or the other? Would it have been easier for you if these two events had been spaced further apart?

I can’t wish for anything to happen other than the way it did! This has been an amazing year for me. I’ve turned in my second novel, to the same publisher and am working on revisions — so there’s definitely going to be at least one more longer work. And I have some contracted-but-not-announced short stories and novellas. I like letting my ideas be whatever size they want to be. Science fiction/fantasy is the genre that is so receptive to novellas and novelettes.

Has Berea been a good location in which to incubate a writing career?

We’ve found friends and support … and it is extremely affordable. One of the greatest things I’ve been able to do is take risks — adjunct, part-time and indulge in things that might not make very much money — because we bought an abandoned house in rural Kentucky. Having low living expenses has been really freeing. •