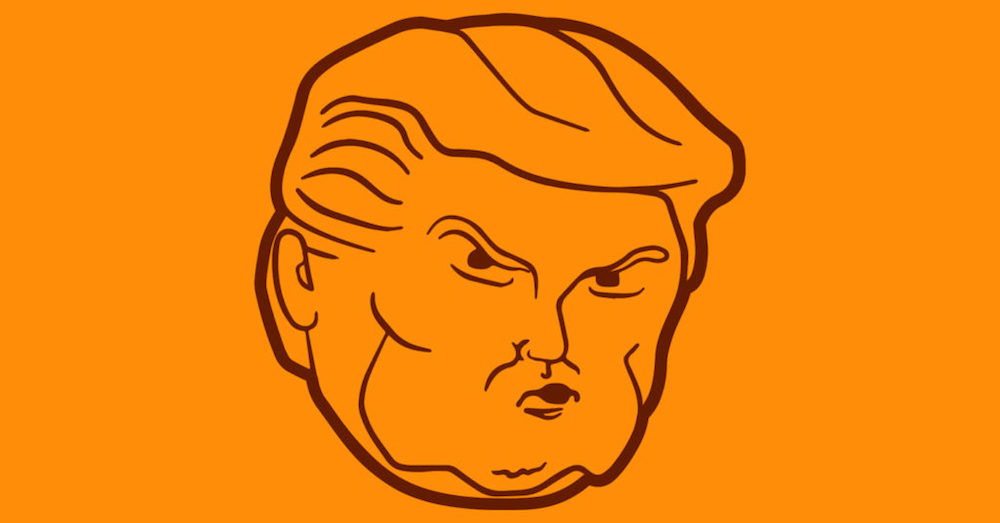 On Aug. 21, Trump visited Louisville, shutting down several downtown streets and the entire Interstate as he traveled to and from the airport and the Galt and Seelbach hotels.

This sent tourists and city professionals scattering (many downtown employees worked from home), taking away business from downtown restaurants and attractions.

“Just from what I hear from people that I know in the business, he effectively killed the business that day downtown,” said David Henning, owner of Main Eatery, which is located, unsurprisingly, on Main Street.

On Sunday, though, when Democratic presidential candidate Bernie “The Infallible” Sanders dropped in on Louisville’s main commercial district: “We actually got more business,” said Amanda Scott, general manager of Dish on Market, which is located, unsurprisingly, on Market Street.

In keeping with the tendency of today’s world to declare one, narrow example to be incontrovertible proof, this is clear evidence that Sanders would be infinitely better for the U.S. economy than Trump. (All arguments to the contrary will be ignored).

More proof: Trump caused the Frazier History Museum and the Muhammad Ali Center to close prematurely on Wednesday, losing how much in revenue for the institutions? Um, well, we couldn’t say, because the Frazier never got to back to us, and the Ali Center’s Jeanie Kahnke said only that the museum closed just 75 minutes before last-call admission time. But we’re sure that it was significant given that it was on a weekday afternoon — key tourist hours, as any stable genius would know.

The Subway sandwich shop at the corner of Main and Seventh streets lost out on about half of its revenue for the day, said owner Casey Copple. Business was also slow at Osaka, said owner Seo Sangwon. And Dish on Market closed completely for the day.

But… (feel free to skip the next few paragraphs if you’re not into gray areas) Sanders is not our president, no matter how much you wish he was, and Secret Service is not shutting down entire highways for him.

And, Seo remembers well the day former President Barack Obama came to town in 2015, on his way to visit the former headquarters of Indatus on East Main Street. “It was the same,” he said.

An entire Reddit thread was created in remembrance of the traumatic slowdowns caused by Obama’s rush hour visit: “I remember that shit. It was fucking horrible,” said a user named shitflavoredlollipop.

Trumper and Fireman Franks owner Joe Storzum was cheerful as he recalled being downtown on Wednesday, serving up hot dogs near the Galt House. Sure, business was a little slow, he admitted, but a presidential visit is a presidential visit. And those restaurant owners upset about a little lost revenue?

Another fact: All restaurant owners interviewed said that one day of lost business wasn’t going to bankrupt them.

But one business that might reap the benefits, or negatives, of Sanders’ visit for a long time to come is Momma’s Mustard, Pickles & BBQ.

Sanders dropped in on the Louisville favorite late Sunday afternoon. He ate and took some photos with the staff. Momma’s posted the pictures on its social media pages, even though the owner knew it could cause controversy. “We knew we’d start an argument, but we’re going to stay out of it,” owner Jamie Givan said. “And people can decide. If they don’t want to come because he came here, that’s fine, but they’re welcome.”

Sanders liked the beef ribs, calling them the biggest he’d ever seen. Maybe Momma’s will sell more of those?