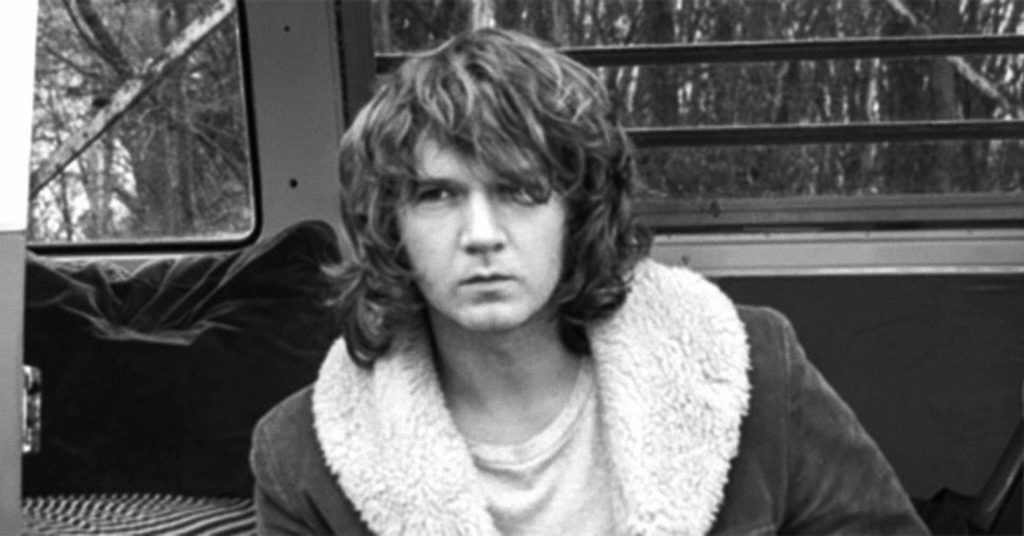 The wisdom in songwriter Ian Noe’s Between the Country, his first full-length, is in his ability to listen and process experiences of the people he is surrounded by. His subject matter is often bleak, reflecting the desperation of small-town Appalachia, where he grew up, and he’s backed by a band that channels the Americana spirit of John Prine and Neil Young. You can catch him this Thursday night at Zanzabar. We caught up with him to take a deep dive into the characters and allusions in his newest record.

LEO: There are a lot of characters in your songs on Between the Country. Is that to intentionally obscure or remove yourself from that equation? Are these real people or experiences?
Ian Noe: For the most part, it’s real people. Not the same names, but it’s just real people that I grew up around and heard about for the most part.

In ‘Irene (Ravin’ Bomb)’ I like the juxtaposition between the mother and Irene, especially with the line, ‘She said with fire, like a gospel choir, a saint immune to sin.’ Is the mother a saint from experience, or just in contrast to Irene and the choices that she’s made?
It’s Irene that’s the one that’s calling herself a saint, not the mother.

Really? That seems a little full of herself. What do you think that’s about?
Well, she was drunk when she showed up and she was talking about never lacking charm, so she just came up with the most smart ass thing that she could say. Know what I mean?

‘Barbara’s Song’ is a heavy song and one that deals with death and accepting your final fate. The music doesn’t seem to reflect that same heaviness, at least not in a direct way. Was that intentional?
Unintentional, yeah, but happy afterwards that it worked. It’s a fun story, but, at the same time, it’s a train falling to its demise. So, I mean, you know, it’s almost like a cartoon really, with that happier melody and the sad story. It’s happy enough to where it doesn’t sound gruesome, does it?

What is the ‘that kind’ in ‘That Kind of Life?’ The refrain, ‘I ain’t got no roarin’ train to hop, and take me to the shore, but you know it’s all right, it’s just the kind of life, that nobody lives no more … ’
Things that are gone. Just a different time that you remember that’s gone. Like nobody really grows. Kentucky used to be a big tobacco farming state, and it’s not at all what it used to be. It’s not putting down the future. It’s just looking back and seeing how it used to be in a good life.

In ‘If Today Doesn’t Do Me In,’ you mention ‘heavy rain.’ Water, specifically flooding, is a central figure in many of these songs. Where does that affinity come from? Did you live near the river?
We’ve got two rivers where I grew up. The river was always getting up if it would just rain a little bit. I noticed that myself, when the record was done. It was unintentional. You can get a lot of different moods going on when you’re talking about a flood. You can stick any story to it.

The song ‘Meth Head’ has an especially unsympathetic view of addiction, or at least addiction to meth. What’s your relationship to addiction in general, whether that’s through your own experience or just in knowing other people.
I’ve never known a meth addict, personally. Seemed like for a couple of years there, a few years back, there is always a meth lab blowing up somewhere. You’d hear horror stories about people getting burned and burned up in the back of the trailer, with their skin hanging off. I had that tune for that song, and it was supposed to be about the war. And I kind of felt like I was wasting the melody, because I had a couple other war story songs.

Closing out with the title track, what is between you and the country? The line ‘Where a long life is a blessed one, I’m told,’ implies that you — or at least your character — are outside observers.
Yeah, that’s kind of how it is. I always remember my grandparents growing up to say that. I know this isn’t verbatim, but ‘Honor your father and mother and your days will be long upon the Earth.’ And that’s kind of where that came from, even though it’s not a Bible verse. It isn’t talking about Eastern Kentucky, specifically. But I just got to thinking about them telling me that. It’s supposed to be a song to sum up the rest of the characters on the album. Some make it out and some don’t.  •