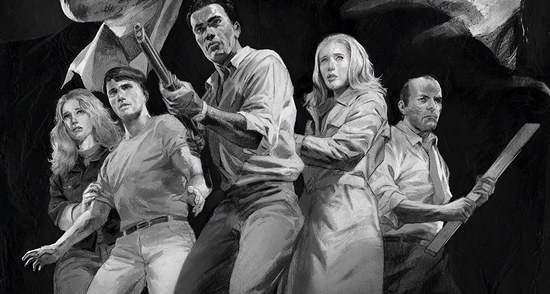 PeteFest 2019
Jones Fields
$35+  |  Times vary
Starting on Friday, PeteFest is three days of music and mental health advocacy. Created in honor of Pete Jones, a local percussionist who died by suicide in 2016, PeteFest melds Jones’ love of music with activities such as morning yoga sessions and a suicide prevention workshop. Twenty-seven bands will play this weekend, including Friday headliners Luthi, Marbin and MojoFlo. On Saturday and Sunday, bands like Rebirth Brass Band, GRLwood and Mamma Said String Band will perform. Want to stay all weekend? Camping options also are available.

Louisville Pagan Pride Day
Brown-Forman Amphitheater
No cover  |  11 a.m.-6 p.m.
Pagans are real, they’re in your community, and they want to show you what they’re all about (i.e. spirituality without dogma). Learn more at Pagan Pride Day by catching one of its panel discussions, or just have fun with spiritual dance performances and lessons, drumming and chanting and wand making classes for the kids. Over 40 vendors and community booths will be there, including Avalon Spirit Tarot and Wizard’s Emporium. Grab some food from Sweet ’n’ Savory and J Mos Hibachi truck — and don’t forget to bring a donation of canned food.

Highlands Festival
900 block of Baxter Avenue
No cover  |  1-11 p.m.
The annual Highlands Festival is back! On Baxter Avenue from Highland Avenue to Broadway, peruse over 100 booths from local art and craft vendors and nonprofits while snacking on food from seven Highlands restaurants and listening to the sounds of Soul Circus and Wax Factory. Drinks will be available for purchase from Four Roses Bourbon, Yuengling and Tito’s Handmade Vodka. For the kids, there’s a Family Fun Zone. Proceeds benefit The Arrow Fund, an animal rescue group.

Night of the Living Nerds
Copper & Kings Distillery
No cover  |  2-11 p.m.
There’s something for almost every genre of nerd at Nerd Louisville’s Night of the Living Nerds. For video game nerds, see who you can beat at Super Smash Bros. from 2 to 3 p.m. For other game nerds, there will be Dungeons and Dragons and open board gaming starting at 2 p.m. For comedy nerds, Sidetrack Improv will perform at 4 p.m. with a stand-up comedy hour starting at 5 p.m. For anime nerds, your favorite shows will be broadcast on the “Big Screen” at 6 p.m. And for horror nerds, catch a screening of “Night of the Living Dead” with comedic commentary from RiffTrax.

Big Four Arts Festival
Big Four Bridge
No cover  |  10 am.-5 p.m.
Kentucky really is a state of the art. The third annual Big Four Arts Festival is back to reflect this sentiment, unify the Louisville art scene and uplift local artists. Hundreds of artists and their pieces will be featured, as well as food vendors and local musicians, including Uncle Louie and Barefoot Soul. The festival starts Saturday but continues on into Sunday.