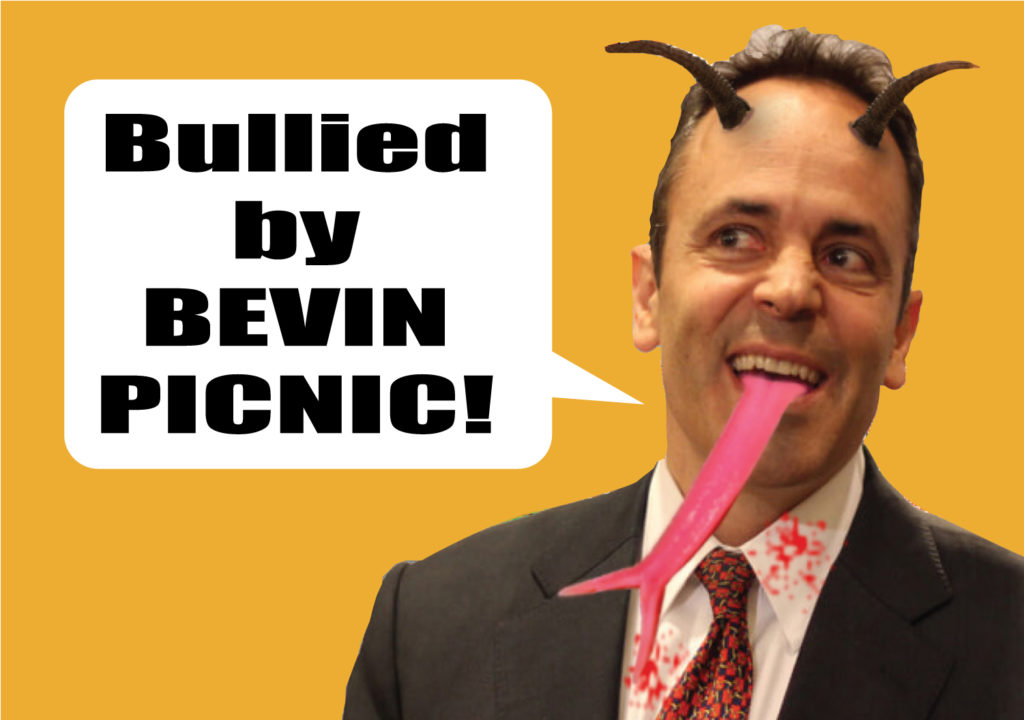 NuLu Fest
NuLu neighborhood
Free  |  11 a.m.-11 p.m.
Three full blocks of local food, microbrews, shopping and vendors. Now in its 11th year, NuLu Fest has eight live music performances on two stages, headlined by Frederick The Younger, plus four DJs spinning for two hours each. If 12 hours of Fest isn’t enough, the official after-party goes till 4 a.m. at Taj Louisville. All of this food and excitement means a little too much activity for doggos, so no pets will be allowed at this street fest.

Bullied by Bevin Picnic
1107 Holly Ave., Fairdale, Kentucky
Free  |  2-6 p.m.
As governor, one of Matt Bevin’s accomplishments has been pissing off a lot of types of people: teachers, chess club members and his own lieutenant governor, to name a few. Republican state Sen. Dan Seum counts himself among that group. That’s why he’s hosting this picnic and inviting all those who have felt bullied by Bevin, including but certainly not limited to nurses, veterans, retirees, union members and “the cannabis community.” The event, which Seum has described as nonpartisan, will take place at his Fairdale home, about 30 minutes from downtown Louisville. There will be informational tables and free entertainment. Seum has endorsed Democratic Attorney General Andy Beshear for governor and publicly voiced his support for medical marijuana legalization. He told the Courier Journal that all elected officials are welcome to his catered event, “except for one. Because when you insult my family and you insult me personally, then you’re not welcome.” *cough,* Bevin, *cough.*

Audubon Park Auktoberfest 2019
Oriole Park
Free  |  4-9 p.m.
Louisville has a significant German heritage and, as such, Oktoberfest activities abound in the fall. In the Audubon Park neighborhood, there will be live music from Cull Hollow and Hog Operation, food trucks (including Germany’s #1 Food Louisville and Bourbon Bent BBQ), fall activities for the kids (such as pumpkin painting and a petting zoo) and craft beer (of course). This weekend, you can also attend Germantown’s Oktoberfest Block Party and Floyd County Brewing Co.’s music-driven Oktoberfest celebration on Friday. Or, you can check out Ottofest at Falls City Brewing Co. to try the Louisville brewery’s 2019 version of its Oktoberfest lager or enjoy three bands and a beer tent at Holsopple Brewing — both on Saturday.

It’s been about five months since the heroes and villains of Louisville Championship Arm Wrestling have flexed their biceps onstage. Now, they’re back for the fifth season of this WWE-style show, and we hope they’ve been keeping up with their Shake Weight regimens. “The disturbing events of Arm-Wrestle Mania 4 left the LCAW Faithful in a state of distress,” organizers say. “Don’t miss out on what might be the most dramatic installment of the LCAW saga yet!”

Madison Chautauqua
Downtown Madison, Indiana
Free  |  10 a.m.-5 p.m.
There’s no better time to visit the quaint river town of Madison (about one hour from Louisville) than on Chautauqua weekend (Saturday and Sunday). The juried art festival, featuring 250 vendors, spans three streets in the Indiana town’s national historic landmark district (possibly the country’s largest, according to the National Park Service.), where you can enjoy an atmosphere of beautiful homes and riverfront views. Quality food vendors visit year after year (I recommend the German food truck and kettle corn booths), and recently, the stately grounds of the nearby Lanier Mansion have been home to jazz music. If you’re a fast walker, you also might have time to explore the city’s shops, grab a glass at the Thomas Family Winery or visit Clifty Falls State Park.