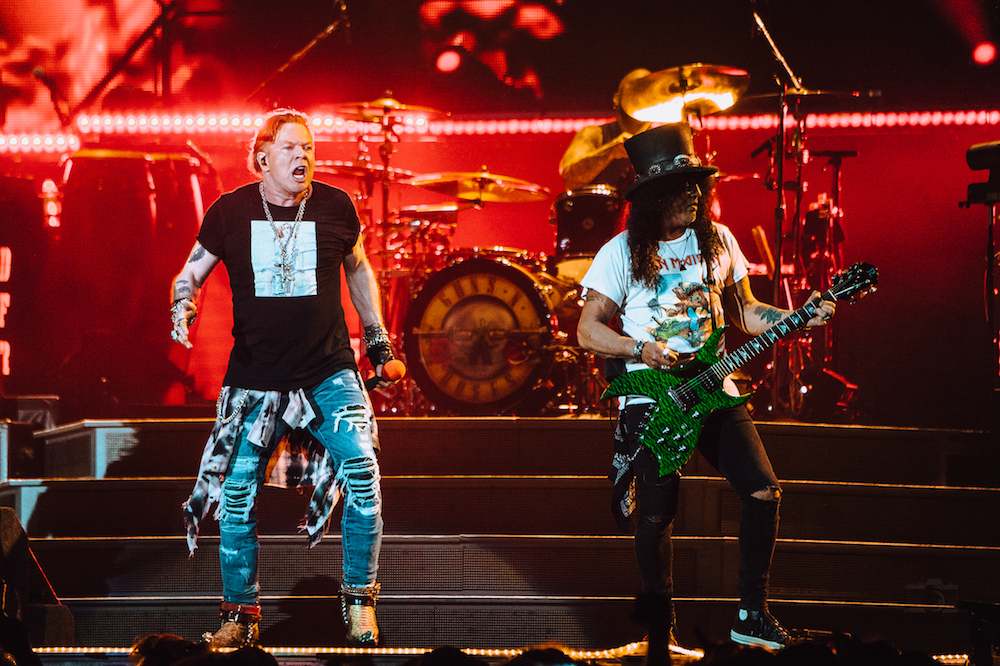 1) GWAR concerts are wildly violent, heavy metal theater shows. They cultivate an aura of depravity that commands attention. Nobody walks out their shows clean. Be prepared to be covered in fake blood. —Nik Vechery

2) Staind performed a set on Friday night that was heavier than their usual midtempo radio presence. While they still played the hits, they were most impressive letting deeper cuts get heavier, and it worked into their favor. I have to apologize to the band for talking a mountain of trash about them before the festival because I walked away impressed. —NV

4) They showed up late, as you would expect, but Guns N’ Roses played nearly 30 songs, delivering an enormous, solid set in their three-hour time slot. —SR

5) Guns N’ Roses played quite a few covers and not just the ones you would expect such as Wings’ “Live and Let Die” or Bob Dylan’s “Knockin’ On Heaven’s Door” — they also played Soundgarden’s “Black Hole Sun” and Pink Floyd’s “Wish You Were Here,” among others. —SR

6) You know that standard drawing of Jesus that’s on prayer candles? Someone had that on a T-shirt, but with Axl Rose’s face. —SR

7) Wild T-shirts are definitely prominent at Louder Than Life, especially variations of the phrase “zero fucks given,” which was the fashion trend this year. —SR

8) White Reaper was a bright spot in the early afternoon on Sunday. Their energetic and charismatic sets are always a blast at festivals. They have a new album on the way Oct. 18. —SR

9) Marilyn Manson and Rob Zombie brought the theatrics, with colorful, ominous stage visuals and plenty of hits. Some people complained that their sets were disappointing, but paying for nostalgia and walking in with sky-high expectations is a dangerous game.  —SR

10) The official count for the attendees hasn’t been released yet, but I would imagine that it is a very large number. There was a sea of people all three days. —SR