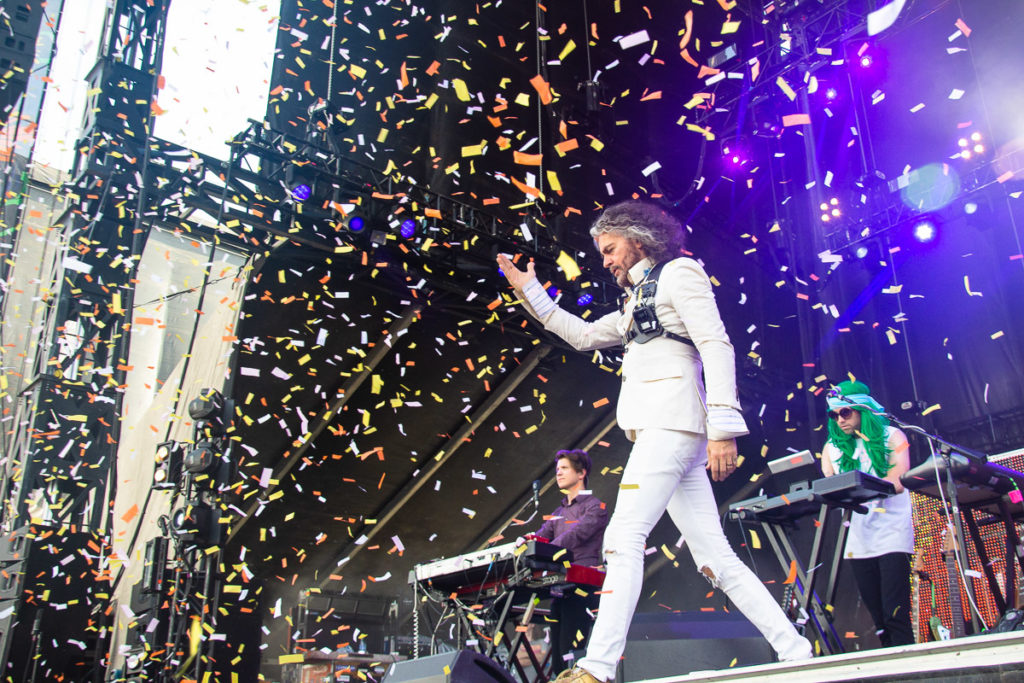 1) Punk innovator Joan Jett played a few Runaways songs and her solo hits in a well-balanced set that was one of the best from the entire festival. Any time you have a chance to see her live, definitely go.

2) The Flaming Lips aren’t afraid to get weird. Their colorful, theatrical set was magnetic — perfect for a music festival. Late in the set, they covered “True Love Will Find You In The End” by the brilliant indie songwriter Daniel Johnston, who passed away earlier this month.

3) John Fogerty is a supercharged walking jukebox. And I mean that in the best way possible. I forgot how many hits CCR made. A half century ago, he played at Woodstock, and he still has the energy and voice to match that celebrated set. A side note that I found interesting: He covered Sly & The Family Stone’s song “Everyday People,” which Joan Jett also did earlier that day.

4) The Foo Fighters are widely respected for their live performances. Their hits are radio rock staples, but I’ve always sort of thought their records were just average. Yet, they excel live — they’re the kind of band that throws 100% into every set.

5) Robert Plant might not have the vocal range that he once did, but the rock god is still a great performer. He played quite a few Led Zeppelin songs, which I’m glad he doesn’t shy away from.

6) Margo Price is one of the best country musicians out there right now. And her live set is incredible. In a festival that leaned toward classic rock giants, she added some modern punch.

7) Singer Jade Castrinos left Edward Sharpe and the Magnetic Zeros in 2014, and they never replaced her. Without her harmonies and parts, especially on the songs from that first album, the band sometimes feels a little bit empty.

9) Last year’s Bourbon & Beyond was rained out after one day, so they moved it from Champions Park to the Kentucky Expo Center. The new venue is part grass field, part gravel field and part parking lot, and it’s not nearly as nice as the old location, but at least it didn’t flood, I guess.

10) Forecastle has water stations everywhere. Bourbon & Beyond this year did not. There were two places to get free water. One refill station and a single office-style cooler in the Jack Daniels tent. The waits were extremely long. And it was extremely hot out. Not a great decision by the festival.