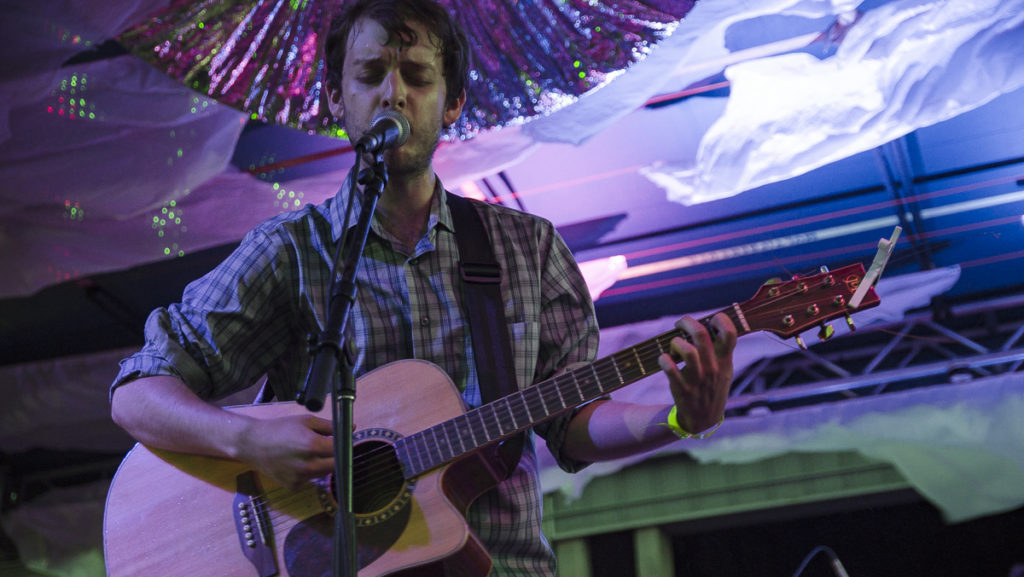 KMAC Poetry Slam
KMAC Museum
Free  |  7-9 p.m.
Local poets speak their truth aloud in this poetry slam competition hosted by Lance G. Newman II. Ten will perform before a panel of judges. See who wins this month. This event is free to watch, but $7 to compete.

The Universal Roast
Kaiju
Free  |  9-11 p.m.
Nothing is safe from ridicule in this comedic roast that features rants on whatever the audience suggests. Some examples of categories are art, food and abstract ideas like philosophies. Featured comics are Lucas Murphy, Lena Beamish and Ben Collins. Nathan Woodward hosts.

Debate: ‘Did America Have a Christian Founding?’
Ekstrom Library
Free  |  6-7 p.m.
Mark David Hall, PhD, believes that America’s founders were “profoundly influenced” by their Christian faith. Andrew Seidel, JD, denies that the country was founded on Judeo-Christian principles. Both have written books on the subject. They’ll debate their point of views at this Constitution Week event moderated by Colin Crawford, the dean of the Louis D. Brandeis School of Law.

Beer with a Scientist
Holsopple Brewing
No cover  |  7-8 p.m.
Grab a beer and get ready for an enlightening conversation with Sam Cotton, program manager for the Geriatrics Workforce Enhancement Program at the UofL Traeger Institute, who will present the latest research on brain health and Alzheimer’s.

Reading by Morgan Parker
Ekstrom Library
Free  |  6-7 p.m.
Morgan Parker is a writer who The New York Times describes as having “considerable consequence in American poetry.” At UofL, she’ll read from her newly released book “Magical Negro,” about how white people characterize the black experience. She will take questions afterward.

Space Out
Kentucky Science Center
Free  |  10 a.m-3 p.m.
Astronauts aboard the International Space Station will beam into the Kentucky Science Center for a live Q&A sesh on the big screen. Get there early for free admission into this fascinating and fun museum and to participate in special hands-on activities, aerospace exhibits and demos and the Owsley Brown II Portable Planetarium. This is during the work day, so it’s understandable if you can’t make it, but you will be able to tune into the Q&A from wherever you are by visiting www.nasa.gov/nasatv.

Oktoberfest
German American Club
$5  |  4 p.m.-midnight
Every year, the German American Club tries its best to bring the Munich festival of beer and bratwurst that is Oktoberfest to Louisville. And it does a damn good job of it. Its outdoor courtyard is lit, figuratively and literally, with fairy lights, the sound of polka and long lines for German beer and food. Get your grub on from 5 to 9 p.m. and hear from the Rheingold and Prost bands from festival start to festival end. The celebration continues Saturday afternoon.

Gaslight Festival
Various locations
No cover  |  6-10 p.m.
Jeffersontown’s annual Gaslight Festival weekend kicks off with a balloon glimmer at Skyview Park with hot air balloons, music, festival food and activities for the kids. In the Historic Gaslight District just a few minutes away, the streets shut down for 135 arts and craft vendor booths. The experience continues into Saturday and Sunday.

Mixed Feelings: Dane Waters / Rob Lee / Macy Ninette / Quality Cable
Against the Grain Brewery and Smokehouse
Free  |  7-10 p.m.
How do you feel about indie pop? What about R&B? This family-friendly music show curated by local producer Chmbrs is all about crossing genres and seeing what you think. The overarching theme this time is “angelic voices.” Featured artists are: Quality Cable (indie pop), Dane Waters (dynamic vocals over keys), Rob Lee (R&B and pop) and Macy Ninette (vocalist).