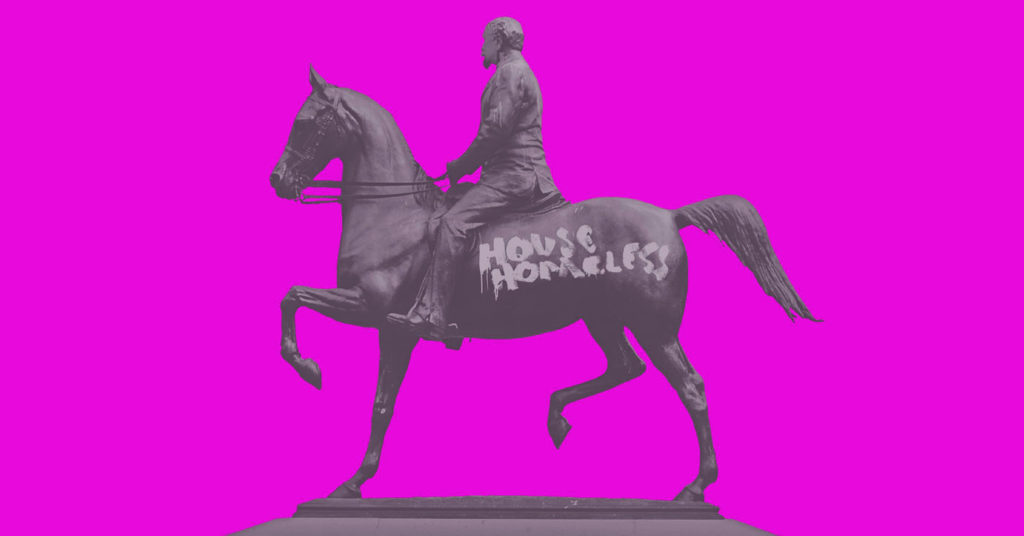 The John B. Castleman statue.

Art Taking Place: New Directions and Inclusion in Public Art
Main Library
Free  |  6:30-8 p.m.
As the debate rages over the John B. Castleman statue, the city will hold this talk on the history and future of public art in the country. Activist, writer and LEO contributor Hannah L Drake, Louisville Metro Public Art Administrator Sarah Lindgren and Susan Rademacher of the Pittsburg Parks Conservancy are scheduled to participate.

Analog Cannibal / North by North / So It Was
The Butchertown Social
No cover  |  9 p.m.-midnight
Chicago rock-and-roll duo North By North hitch a ride down south to play with Louisville bands So It Was, a folksy solo project from Daniel Lobb and Analog Cannibal, from Patrick Hume and John Kleemeier, who hope to be the weirdest band that you’ve ever heard.

‘Reel’ Latin American Film Festival
Floyd Theater
Free  |  5, 7 p.m.
Catch two films in one night as part of Louisville’s 25th “Reel” Latin American Film Festival. The first is “Who is Dayani Cristal?” a documentary about the body of an immigrant found by Arizona border patrol in the Sonora desert. The next is “The German Neighbor,” another documentary about Adolf Eichmann, the seemingly pleasant German immigrant living in Argentina who was later revealed to be one of the major organizers of the Holocaust.

Pride Keynote Address: An Evening with Dominique Jackson
Uofl Student Activities Center
Free  |  7 p.m.
This talk and Q&A featuring Dominque Jackson, currently a leading character on the FX series “Pose,” is sold out, but no-show seats will be filled on a first-come, first-serve basis. An overflow room will also be available.

St. James Court Art Show
Old Louisville neighborhood
Free  |  10 a.m.-6 p.m.
You know what it is: a three-day, juried fine arts and contemporary crafts show with over 700 artists, surrounded by historic, Victorian homes. The St. James Court Art Show has been going on for 63 years for a reason, and it all starts on Friday.

Shop of Horrors Art Fair
Pints&union
Free  |  6-11 p.m.
Shop of Horrors is like every other art fair, but it will be held in the evening and feature “oddities and other alternative curiosities.” Expect over 15 vendors, including Southern Indiana artists, such as Amber Bananafish, owner of Bananafish Tattoo Parlour.