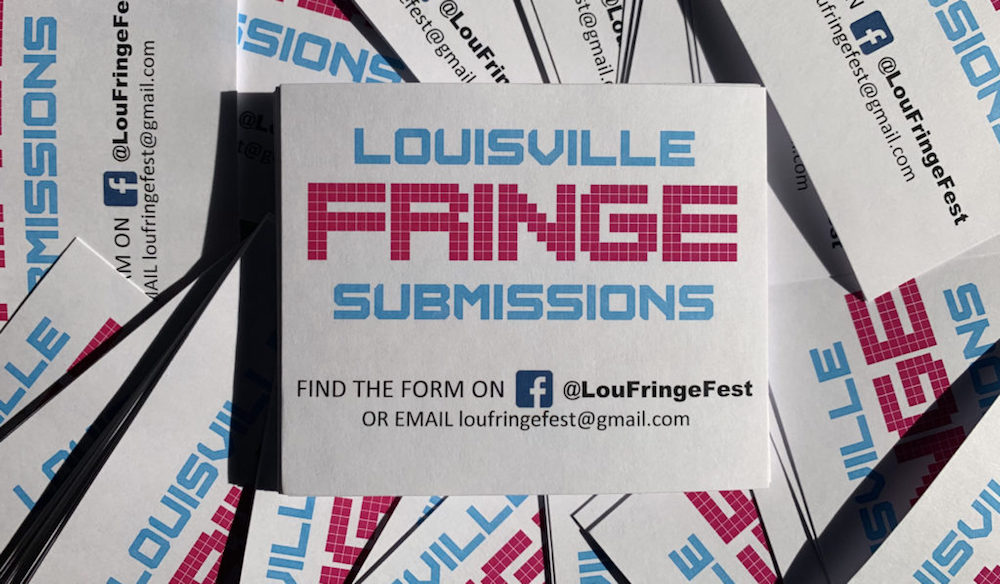 A festival for all things outside the box and underrepresented, the Louisville Fringe Festival is organized by Eli Keel and Nicholas Hulstine, both local performers, actors and playwrights. The Fringe Festival, which is an offshoot of other festivals held around the world, aims to provide a space for bold performing art that might not have a platform otherwise. While the multiday festival itself isn’t until Nov. 6-16 (and will be held at several venues downtown), Keel and Hulstine are currently accepting submissions, which closes on Aug. 16. There are no entry fees, so shoot your shot while you can at bringing your weirdo vision to an audience.

LEO: How can people sign up?
Eli Keel: People can find all the submission stuff by hitting up Louisville Fringe Festival on Facebook.

Are there any entries so far that you’re excited to learn more about? Any that have piqued your interest?
The best thing we’re going to have this year is almost certainly some shit I don’t even know to be excited about. Like, it’ll be some random thing. Like, last year, it was this insane show about rape and stand-up comedy called ‘Brandy Alexander.’ It broke every rule about what should work with an audience. It was too intense for too long and asked too much from the audience. But it worked. It more than worked. It was the bravest goddamn thing I’ve ever seen.

Give me the backstory on Fringe Fest.
Fringe Festivals are something that happen all across the country. Of course, the mother of all festivals is in Edinburgh, and that’s where the concept started. The idea is that people that are doing weird stuff or that are kind of challenging norms will have a place to perform. What Nick and I sort of envisioned this festival to be, is that it’s also in some ways focused on helping out people in Louisville who are doing good work but maybe aren’t quite yet savvy enough to know that this is how you advertise something, this is how you book a space. Or, maybe even know how to do it — just don’t have the social capital or connections to kind of jump into that stuff themselves. The other idea being that if we bring a whole bunch of weird shit together in one place, they might be able to share audiences. You bring somebody that loves belly dancing to see belly dancing, and if right after that there is burlesque, maybe they’ll discover that they love that. And by putting those things together, we can combine and grow our audience. There is a phrase I’ve heard a couple of times, I’m not sure where it originated, it goes something like ‘instead of arguing over pieces of the pie, you need a bigger pie.’ The ballet isn’t my competition. Netflix is my competition.

How did it go last year?
Last summer went pretty well. I like to say that I had done shows before, so I thought that doing 10 days of shows would be 10 times as hard as doing one day of shows. But instead it was like 100 times as hard. Fringe doesn’t just happen by itself. You have to start months and months out. You have to find artists. You have to encourage artists. One of the things that we really want to stress to the artists is that we do not expect finished pieces. We do not expect full scripts. We do not expect fully blocked shows. We expect you to fill that out, and it includes an idea. And we say, ‘Hey go for it.’

To you, what is fringe? When does something stop being fringe?
If you define what you do as being on the fringe, then come play with us. Last year, we were very excited that we were able to find time and space for every single person that applied. We are not here to say this is good and this is bad, we’re here to give every artist a time and space.