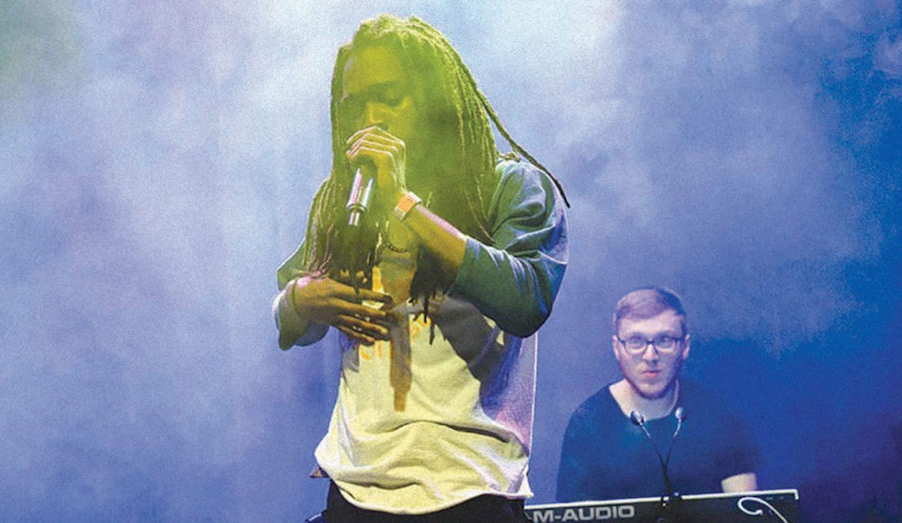 Sincerity is at the core of Deva, the newly-released album by Louisville hip-hop artist Jordan Jetson. Named for a Zoroastrianism term denoting the pantheon of gods, Deva is a complex pastiche of earnestness and allusion, balancing confidence and insecurity. Jetson is leaving in early October to move to a small town outside of Atlanta, Georgia, so he offered Deva up as a parting gift to the city. We caught up with Jetson to break down Deva song by song.

Jordan Jetson: As far as intros go, I know they’ve always been like the statement song — I’m here, the most braggadocio song usually. I tried to flip that on its head by making it like an anthem for people who are alive. Instead of being like, ‘Welcome to the EP, I’m the greatest,’ it’s like, ‘Welcome to the EP, life’s hard — I’m the leader of people whose life sucks.’

It’s basically an ode to women who are the missing pieces to men — that missing component that makes everything work for them. Considering the world, or the bad things in it, my enemies, she is my second set of hands, my third eye.

I always like to say it’s a good little pun that encapsulates the idea for me. I like to say that space is nebulous. For everybody, there is a sector for space. For me, it usually just represents individuality. To assume that because you’re a rapper you’re supposed to be something, and if you’re not that thing then you yourself are lying, is itself a lie. I’ve actually tried to maneuver away from the term rapper for that reason. If you’re a rapper, you have to fit a stereotype that I feel like is outdated at this point. You know, like, toxic masculinity is dead, so all the ‘fuck bitches’ is dead. Violence, I don’t know why you would perpetuate violence against people that look like you. It’s an outdated model, so I’m trying to grow past that.

In my darkest hour, I was basically trying to monetize my blood, if that doesn’t sound like the most sinister corporate thing in the world. I was trying to take the pain I felt into a win or a boon for the people around me.

It is a very true story. It happened exactly the way that I said it. As soon as I got home, I saw my friends on the news. They were in jail for three years. I definitely would’ve been there. One of the guys had like a long conversation with my mom. She was really upset about the fact that I wanted to be a rapper. I told her back then that I was going to be a rapper, and nothing was going to stop me. Now she’s one of my biggest fans, so it’s funny. Back then, she was talking to that friend of mine and the way that she explained it to him, it basically convinced him to stop doing stuff. He’s been in jail ever since.

That song has kind of a double meaning. It’s one about Claire. It’s also about Louisville and me leaving Louisville to go pursue my dreams and hoping when I come back, it’ll still be Louisville to me. I have to get up and go, and hopefully when I come back, you’ll still be here. It’s a blend of happy and sad elements. I do like to express my sadness, but I feel like to a certain extent, I don’t want to make sad music anymore. The happy music that I make it kind of accentuates the better parts of life. If I dwell on sadness all the time, I’ll just be sad all the time.

I was talking to a cousin of mine actually and he had a few doubts about his music career. He was like, ‘There are artists that are pretty much bred for this.’ I was like, ‘Well, if you think about it man, we are kind of are bred for it.’ That made me go back to why I feel like we’re destined and to give my projects about what that destiny is. •

Deva is currently out and available to be streamed on Spotify or purchased through Apple Music.