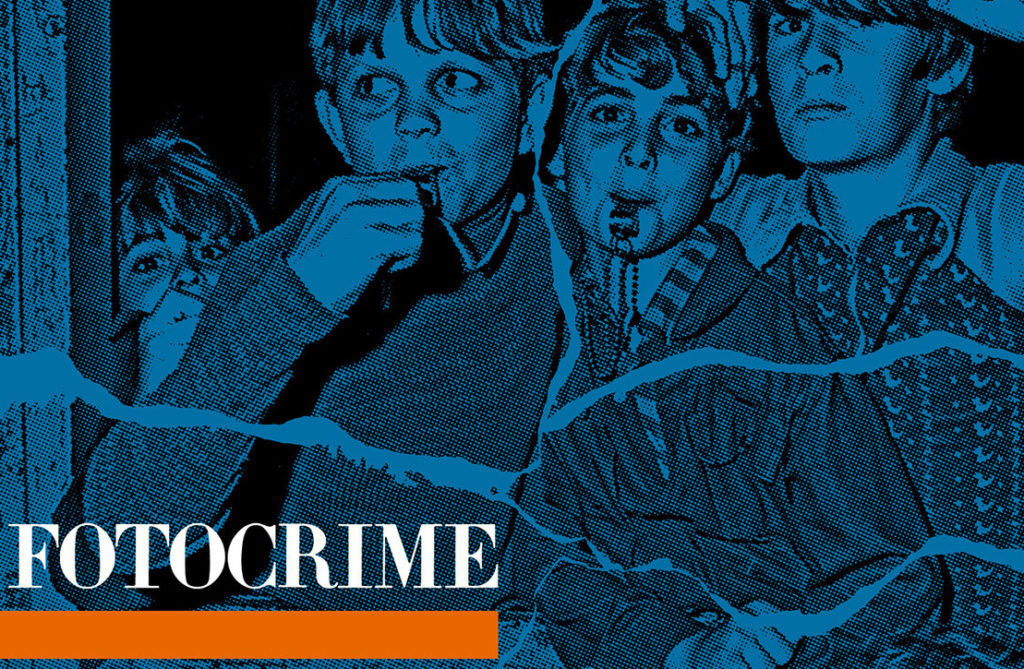 Art from Fotocrime's single ‘Head On.’

Cirrus Wav — ‘A Shape Emerges’
Singer-songwriter Jonathan Glen Wood returns, joining indie duo Cirrus Wav on their latest. Primarily centered around a rotating guitar pattern and Wood’s baroque voice, A Shape Emerges is a Sisyphusian rumination on the daily grind. As such, there is darkness to the track in terms of Wood’s sweeping narrative and the Shipping News-esque guitar figures that shape the track. Punctuated by light keyboard sweeps, the song has a calm, yet coiled restraint. This is equal parts angry and world-weary, although not quite bleak: We face our battle every day, but return tomorrow to fight again.

Fotocrime — ‘Head On’
With this cover of the Jesus and Mary Chain classic, singer/guitarist Ryan Patterson updates the song with minimal changes. Filtered through Fotocrime, “Head On” is tightened up with retro-industrial tones and big guitars. Patterson’s growling baritone and subtle accent brings the track home, reframing the original into a late-night Midwestern croon. This is the soundtrack to your pensive moods, which matches the escapist darkness of the original. The bass and guitar drive, throbbing along to a steady backbeat, while Patterson puts himself in the shoes of legends.

Jaye Jayle — ‘Soline’
With each release, the music of Jaye Jayle becomes somehow simultaneously more complex and more direct. Structurally, these songs are relatively straightforward in their composition, with just a few parts that recur through each, loosely adhering to a “pop” structure. Still, as a unit, the band build on this in ceaselessly interesting ways, here with a who’s who of vocal talents (including the wonderful Emma Ruth Rundle) and the violin work of Cheyene Mize. In spite of some many moving parts, the core of the track has an underlying simplicity, which is perhaps some of the most Western music that the band has created. As is their purview, this is an intensely moody and moving track that shimmers like the desert heat, a psychedelic swirl of lyrical allusions that paint a picture.

Savage Master — ‘Myth, Magic, and Steel’
Imagine if Lita Ford sang about wizards, magic and hammers. Such is the case with Myth, Magic, and Steel by Savage Master, which features an ‘80s metal aesthetic sans the hair and with way more Satan. The compositions live and die on the strength of the riffs, chugging guitars that grind and palm mute until they’re called upon for epic soloing. The band accompanies singer Stacey Savage, who has an undeniable presence behind the mic, delivering a performance that shares the operatic leanings of Bruce Dickenson as filtered through the sneer of “Crazy Train”-era Ozzy. That the band unabashedly leans into their narrative tropes makes for a fun visual, the stuff of D&D legend set to song, backed by incredible backing vocals. You put this on as you slay orcs and get rowdy with your friends.

Jack Harlow — ‘THRU THE NIGHT (feat. Bryson Tiller)’
It’s impossible to hear “THRU THE NIGHT” by Jack Harlow and not feel at least marginally cooler. Joined here by Bryson Tiller, this track is all flex and no filler — the duo waxing poetic about a night living large with friends. With a video set at classic Louisville skate spot Robin’s Roost, there is something incredibly affable and at least a little innocent, a sweet but never saccharine take of youthful romance, albeit with a lot of swagger. Harlow flips that on its head for the last quarter of the track, which takes a dark turn. The production turns to hard 808 beats, sub-bass bumping and a grimy take by Harlow. As a cohesive narrative, this plays like a snubbed Harlow lashing out, using some unidentified pain as an opportunity to completely rewrite his own character, from the plucky low-key kid kicking it at the skating rink, to the parking lot hood not about to take your shit.

Lempamo — ‘Outer Pulse’
Recalling the ambient house of Gas or Pan•American, “Outer Pulse” by Lempamo is a lo-fi electro track built on plodding bass drum work and arpeggiated synths. Instrumental, “Outer Pulse” uses panning to move sounds spatially throughout your headphones, and warbling keyboards that bounce to the beat. Lempamo uses repetition to draw you into a trance, which is extended by virtue of soft drones that lull you into relaxation. This is a meditative track that plays against the traditional tropes of the genre to create a sense of calm in a sea of movement. This is an easy song to revisit.