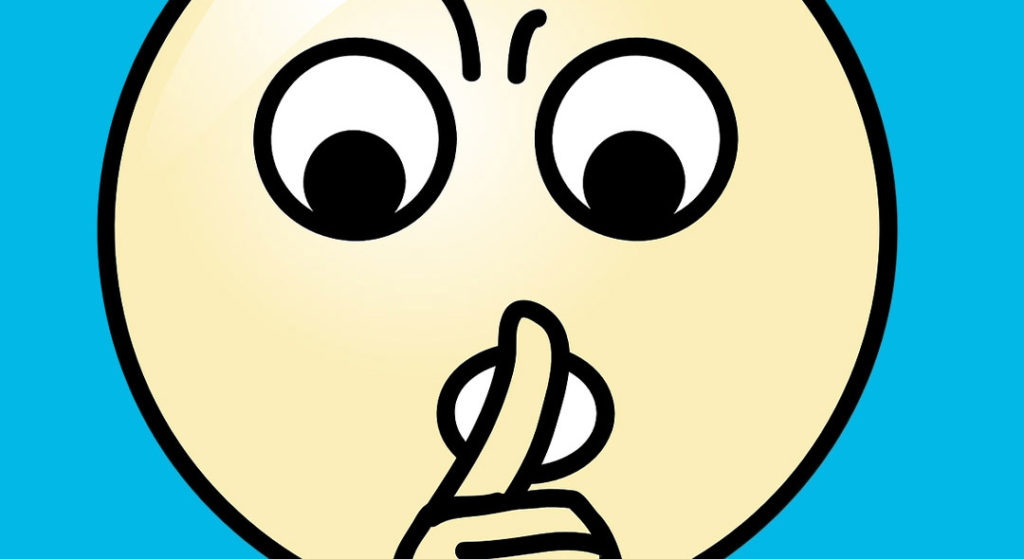 This article is part of the 2019 Summer A&E Guide. For more, click here.

For some, Mark Zuckerburg’s motto dominates this era. That notion seems to harmonize with some studies or news items emerging nearly every other week about our brains, beliefs, financial or health accounts being hacked one way or another.

What is not acceptable is hacking anyone’s experience of theater or dance.

Cursed be that audience member who diminishes the experience. Those people who reject etiquette or respect in the theater don’t only dis those in the next seat but also the performers on stage.

Dance and theater provide an escape hatch — a break, if you will, from daily life and screen time. Both offer lenses to see the world in new ways. That theater space filled with artists offers a place for respite, laughter, inspiration, reflection and entertainment.

Audience members are often sitting and looking forward with their brains set for a sensory experience. So, don’t ruin it with rude behavior. Think and act before and during your theater-going experience. Here is a primer based on basic human senses.

Turn it off. Yes, it is about the phones and more. No lights. Best yet, hide that light from your activity trackers (Fitbit) and digital watches (Apple Watch). Your beam next to anyone makes for a real buzzkill. That’s especially true at particular dance or haunting theater performances — think Actors Theatre of Louisville’s “Dracula” — when technical designers have worked hard to create moods for artists on stage.

Invisible you. Being at the theater is about the performance. It is not about you. Take your place and leave your seat only if absolutely necessary. And if you are wearing a hat, take it off so anyone behind you can see. (I am short. My cohorts and I will appreciate this.)

The nose knows. So, pay attention to grooming. My mother saved my first program for me from “You’re A Good Man, Charlie Brown,” brought to town decades ago by the Louisville Theatrical Association, which now brings this city the Broadway in Louisville series. She made sure my sister and I wore dresses, and she styled our hair. We also had bathed.

I don’t always dress up like people did then for the theater. Some do; some don’t. For operas people like to put on the Ritz. For one matinee a few years ago, all I remember is the smell of an area of the balcony. Pee-ewee. It was as if a real-life Pig Pen from the cartoon was in our vicinity.

Think before you spray, as well. That overwhelming perfume or cologne — especially in the close space of theater seating — can overwhelm the olfactory senses and distract as well.  Remember, many people have allergies.

Be a good neighbor; don’t be a space hog. You will be close to people and attention to touch comes to mind, especially in Louisville. Here, many venues have small seats that are very close — or shall one say cozy. Sharing armrests is required so don’t shove your elbows on both of those armrests, severely restricting the space of your neighbor.

Be mindful of your cups and chomping. These days, many venues and arts organizations pull in revenue from serving drinks and small snacks. But that doesn’t mean visitors should be oblivious to where they place their cups after use — lest they fall and roll on the ground making disturbing noises. Also, when drinking, the only clinking of ice I ever want to hear is the ice Martha talks about in Edward Albee’s “Who’s Afraid of Virginia Woolf?” Also, eating during a performance under most circumstances is quite rude. That chomping, unless one had blood-sugar issues, should be left for before or after the theater.

Put away your noisemaking devices. I hear this phrase said before nearly each performance at Actors Theatre of Louisville. It almost always makes me giggle as I picture myself with the actual noisemakers and horns people wave on New Year’s Eve. But the phrase covers the gamut: phones, pagers and candy and gum with wrappers. Someone before the show even spells all these items out.

• Yes — take that candy out of your wrapper now. Do it.

• Turn that phone off. Even if it is on vibrate, it will inevitably happen during the quietest moment in the performance. Cringe.

• Also, if you have gum in your mouth, just get rid of it. It will be gross in a short matter of time anyway. Sooner than that, it will be a source of irritation to a stranger very close to you with impeccable hearing.

You are not the star. Don’t sing with the production. At a Broadway series production some years ago, a woman nearby was so excited before the curtain rose. During the show, she sang several songs fairly loudly. I’m sure no one around her paid for that and wanted to hear the performers. So, please, to you fans of musical cast recordings, do not sing along to the moving “Ring of Keys” when Pandora Productions premieres “Fun Home” in Louisville in November or to the beautiful song “Omar Sharif” when the Broadway series brings “The Band’s Visit” in December. Thank you.

Think twice before you set off to the theater if someone wishes you gesundheit. Coughing, sneezing and wheezing become a common occurrence in certain seasons. If you don’t feel good, rest and take proper medications to soothe or suppress a cough. You can take cough drops to pop during the performance. (Do remember to unwrap prior to curtain.) But you have to ask yourself before going to the theater: Will your rattling bodily noises be enough to make you and those around one of les miserables throughout a performance? If so, you should pass.

Do applaud. Throughout when deserved and especially at the end — applaud. Do not see the finale as the sign to use your hands to retrieve your coat and keys and beat everyone out of the venue. This is one time you have the chance to connect with the rest of the audience in appreciation of the performers and the hours they have just worked for you — in addition to the many hours over days and weeks of rehearsal that led to that performance. Do you have no heart? •