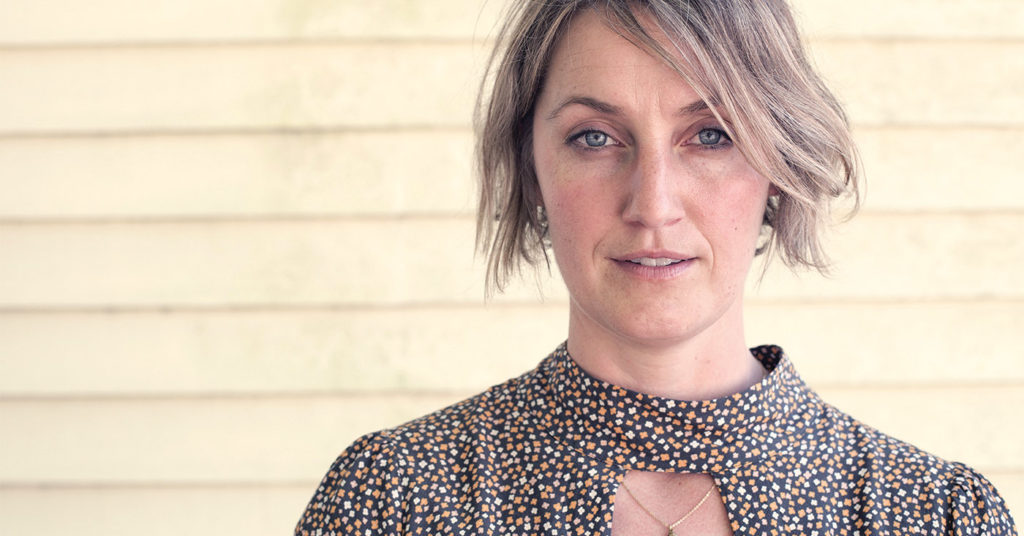 “The Fading” is one of the most striking songs from Joan Shelley’s new record, Like The River Loves The Sea, but not just because of the magnetic vocal melodies, the warm harmonies with Will Oldham or the powerful, stark string work. It’s because there’s a darkness to it. And that darkness is layered, ambiguous and ominous, but it’s also sort of optimistic — that as things slip away, be grateful that they were there to begin with. In the face of disaster, pull together.

“I guess I wouldn’t see it as positivity as much as… presence,” Shelley said about the song. “The way that a tornado striking the neighborhood makes the neighbors come out and ask each other what they need for the first time in maybe years.” 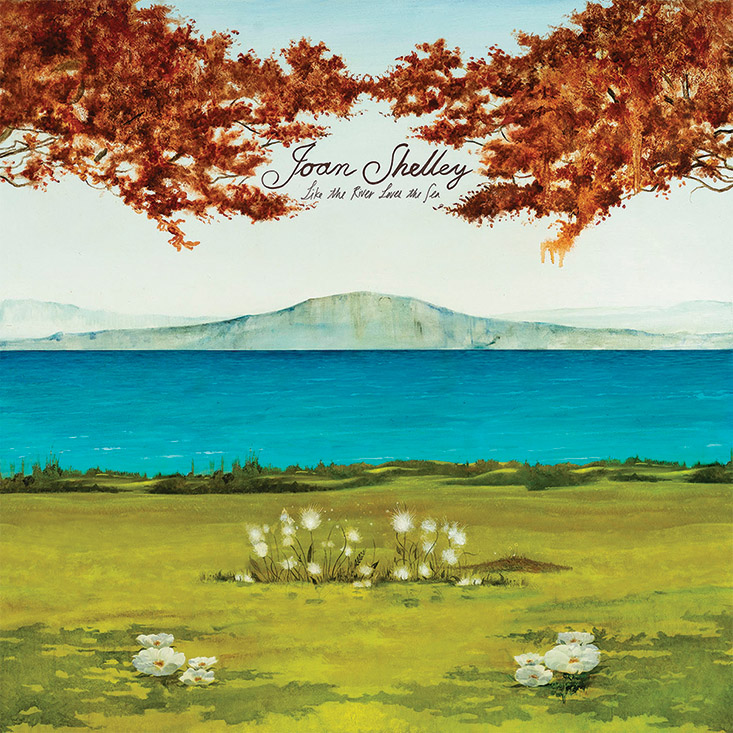 “The Fading” is a song about collapse and working through it. Maybe that’s a fractured relationship. Or an environmental disaster. Some of it’s open-ended. But, the final verse is pretty clear, when Shelley sings: “And oh, Kentucky stays in my mind, it’s sweet to be five years behind. That’s where I’ll be when the seas rise, holding my dear friends and drinking wine.”

“There’s a beauty to it, but it’s definitely not desirable,” she said.

Like The River Loves The Sea is Shelley’s fifth solo record, which was recorded in five days at Greenhouse Studios in Reykjavik, Iceland. The folk-leaning singer-songwriter recorded this album as an ode to her native Kentucky, but through the lens of traveling a lot — contextualizing home, its meaning and its purpose, from a distance. And while being removed is a lyrical theme, it also applied to the instrumental aspects of the recording process.

“We just kind of played with whatever was there,” Shelley said of recording at Greenhouse. “There wasn’t a banjo. We couldn’t find a banjo in Iceland, so we used one of the steel guitars from another musician on the island. We made do. It felt like a good limit to go to Iceland. We’re on an island in the Atlantic Ocean and far from home. [We] got to look back at home, while not being within our habits.”

Anyone who has spent almost any amount of time listening to Shelley’s records won’t be surprised to hear nature unravel as a theme. It makes her music evocative, and she uses it as a connective force, stringing reflection, relationships and doom into scenes of the outdoors. Shelley excels at using the complexities of nature to add nuance into several topics that she writes about, but, ultimately, she sees nature as something that’s hopeful — maybe not for the future of human existence, but for its resilience.

“Nature is reassuring to me in the way that it will carry on in the face of a lot of the things that we do,” Shelley said. “When you see a strip mall overgrown, that’s the best — like a tree growing through one of the cracks in the sidewalk, or asphalt. That’s amazing.”

From the album’s opening song, “Haven,” Shelley’s piercing vocals and agile poetry are on full display. But there’s a lot of depth packed into these songs, added with the help of a lot of familiar faces and a couple of newcomers. Like The River Loves The Sea features longtime collaborator Nathan Salsburg on guitars, producer James Elkington on percussion, backing vocals from Will Oldham, Cheyenne Mize and Julia Purcell, as well as Iclandic sisters Þórdís Gerður Jónsdóttir and Sigrún Kristbjörg Jónsdóttir on strings. But, what continues to be Shelley’s most impressive asset is her ability to create songs that are catchy and captivating, while also being unique and intricate. She said, through the years, she’s challenged herself to never fall into the trap of having a consistent songwriting strategy.

“My process over time was kind of pushing away from formula, but building song structures that felt free to me — that felt true to me,” Shelley said.

“I still think of them as pretty wild songs, and I’m trying to keep them wild,” she continued. •

Joan Shelley’s Like The River Loves The Sea will be released via No Quarter Records on Friday, Aug. 30.