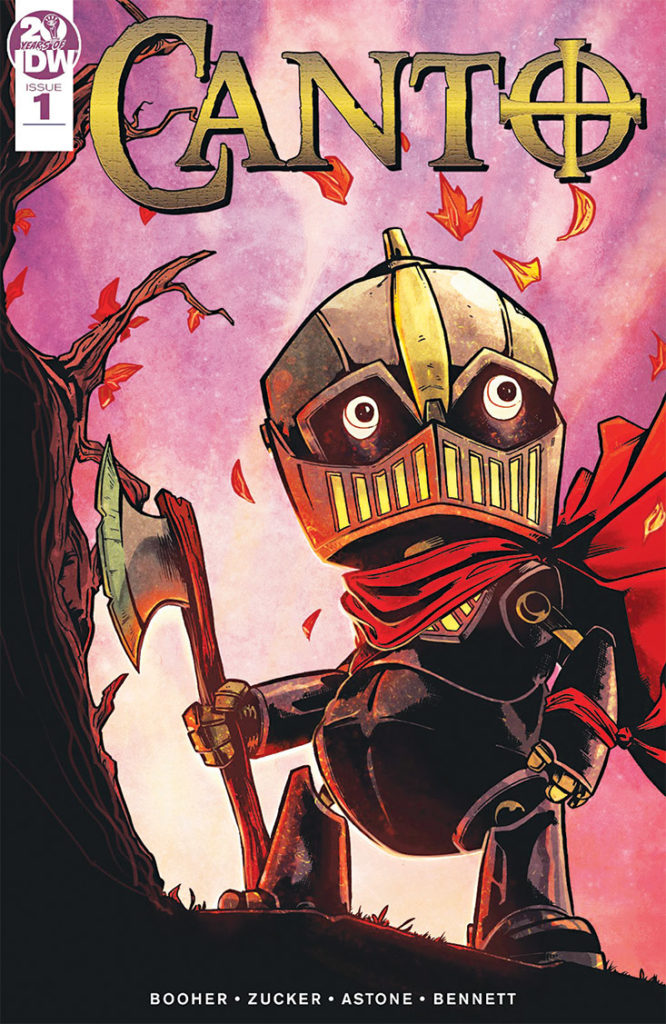 We are drawn to stories like those of Link, Frodo and Littlefoot because it feels good to have someone to root for: We want to follow their journey, watch them face off against evils bigger than themselves and cheer them on as they save the day. For those same reasons I was drawn to IDW’s “Canto,” a new hero’s journey to cozy up with.

Long ago, the people of Arcana were enslaved, and their hearts were replaced with ticking clocks. The world is one of hard labor and misery. Canto’s people are not allowed names or love for each other; however, he is set apart from the rest for having both. When the girl he holds dear is mortally wounded, it is up to him to travel to distant lands and retrieve the heart that would replace her broken clock. With no real guarantee that he will find what he seeks, he must seek out the Hermit on his own.

Writer David M. Booher and artist Drew Zucker bring us a fresh world of underdog heroes, unlikely sidekicks and gnarly monsters. It hits all the marks of a classic adventure tale, with the whimsy of “Bones” and “Elfquest.” Sitting down with Canto feels like reading a childhood favorite, leaving you feeling hopeful for our little knight in ticking armor. • 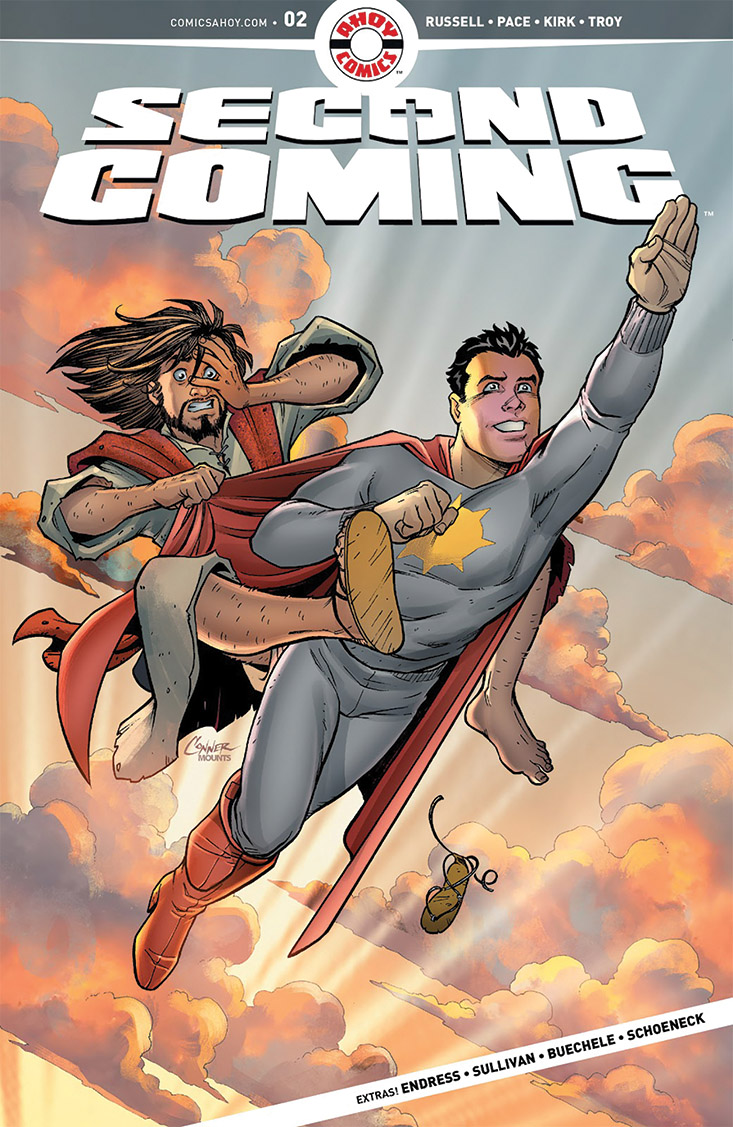 The premise of Ahoy Comics’ six-part series “Second Coming” is that God has decided that it’s time he sent his son Jesus back to Earth. He is a bit upset about how things went last time. He’d hoped that Jesus would whip the planet back into shape, but due to his kind, nonviolent ways, he ended up getting arrested and crucified. He’s decided that the superhero Sunstar (obviously based on Superman but with some pretty big flaws) would be a great role model and sends Jesus back to be roommates with him.

In issue No. 1, Sunstar beats up some bad guys and asks Jesus to keep an eye on them. When he comes back after the rumble, he sees Jesus standing alone and asks where are the bad guys? It seems Jesus healed them and sent them on their way. These are the kinds of jokes that are in this book. Issue No. 2 delves a little more into Jesus’ and Sunstar’s different views on how to deal with humans and their various quirks, problems, etc.

I’m not a theologian, so, of course, being a comic book and not a serious study of religion, I’m sure there are things in this series that won’t be considered accurate, but I think its depiction of Jesus is awesome. Now, God is depicted as a bit of a jerk, but if you’re OK with that, pick up this book for a sweet take on the personality of Jesus versus the uber-violent, power-driven superhero culture as well as on our modern society. If, on the other hand, you can’t accept a lighthearted look at religion, steer clear! Please! •