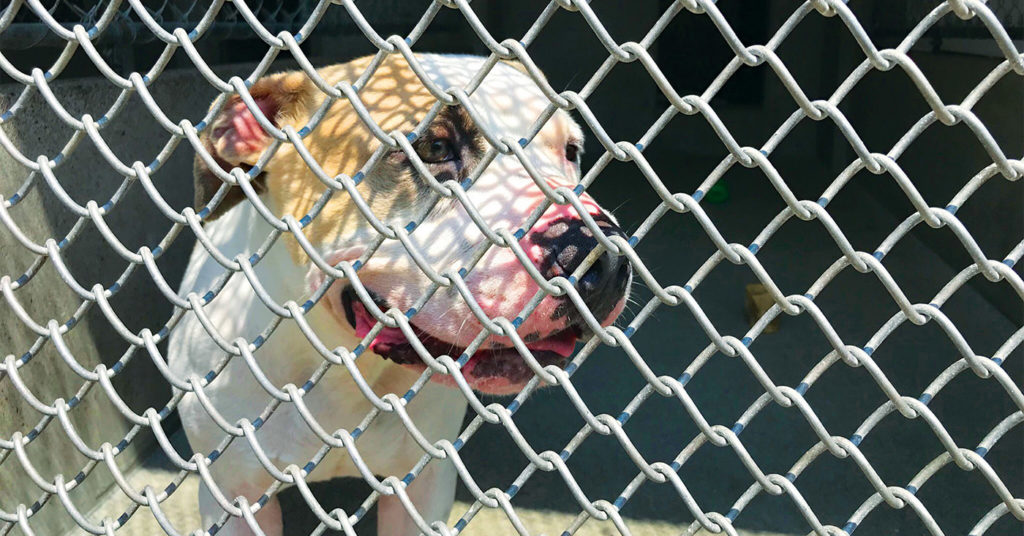 More dogs at the Louisville Metro Animal Services shelter may be put down because of city budget cuts, the shelter’s director said. Without enough animal care specialists — two of the positions eliminated by the $300,000 in cuts — the shelter will have less time to mold aggressive dogs into adoptable pets.

Animal Services employs animal care and behavior specialists to train and care for the dogs daily, and their loss is a hard void to fill, the department’s director, Ozzy Gibson, told LEO.

“We’ll look at the ones that we deem aren’t adoptable, and, if push comes to shove, those will be the ones that get euthanized,” Gibson said.

In 2018, the shelter euthanized 643 animals, and, after the city’s cuts, that number will most likely increase this year. So far, in 2019, the shelter has had to euthanize 261 animals for various reasons, the main cause being requested euthanasia, usually by surrendering owners.

The shelter, like most others in the state, is dealing with issues of crowding. Its kennels are already full, but during the summer breeding season for cats and dogs, more animals are being brought to Louisville Metro Animal Services, or LMAS, every day.

“That’s going to be a problem, because I don’t believe in stacking them up. That’s inhumane to hold them just because you can’t do the right thing,” Gibson said.

The budget cuts come as the Metro Council adopted a budget to close a $25 million deficit caused by growing costs for state pensions. The council had rejected an insurance premium tax that would have cost the average homeowner $12 a month.

Gibson says the department will receive $300,000 less from the city this year, for a total of $4.5 million. Because of these cuts, Gibson said, he eliminated six positions from his staff, including a public education coordinator, administrative clerks and animal care specialists.

The department is getting squeezed on both ends.

LMAS is looking for alternatives to euthanizing dogs. The shelter was recently able to take around 15 dogs to shelters in Minnesota to free up space.

Additionally, the shelter waived all fees for dogs during July (not including vaccinations).

“My motto is, that somewhere down the road here, if we end up having to euthanize dogs, it’s not gonna be because we didn’t offer the community everything. And we have.”

So, if the shelter is receiving less money, how are they still waiving fees?

Nonprofit organizations such as Friends of Metro Animal Services, or FOMAS, are raising money to maintain Gibson’s initiatives. Since he became director in 2016, Gibson has received $1.3 million from FOMAS, per his reports. Gibson said the fund primarily relies on a few “biggies,” including the Harshaw Family Foundation, a nonprofit founded by Frank Harshaw in 2012.

Regardless of funding (or lack thereof), LMAS has to take in any stray animals that are brought to them. LMAS is an “open shelter,” which means it has to take all animals, regardless of whether they are full. “We are governed by state law that requires us to take strays and aggressive animals and farm animals,” Gibson said.

LMAS is working with the Kentucky Humane Society to try and alleviate some of their overcrowding.

“When we have the space, we’ll open our doors,” said Andrea Blair from KHS. •

The shelter waived all fees, regardless of breed or size, for the month of July. The promotion has since ended, but dogs over 40 pounds will still be free of adoption fees.