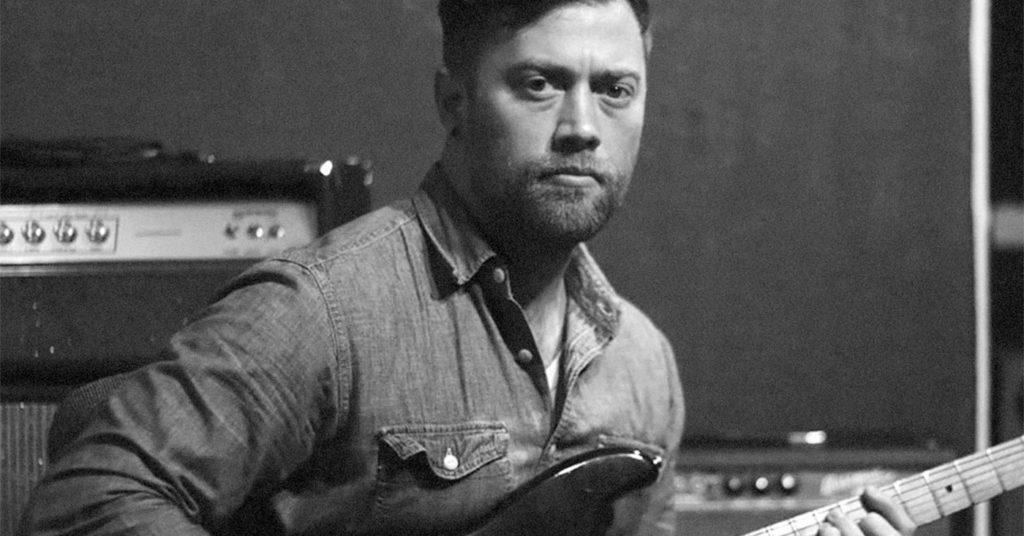 Songwriter Brooks Ritter is a poet, extrapolating the small details of everyday life and setting it to music. On “Wears My Face,” he showcases his ability to elegantly get to the source of emotions, minus any unnecessary saccharine — a trait often sought, but hard to find.

“The song is about humanity — the darkness and light that we see each day in the eyes of the people we pass along the streets,” Ritter said. “The idea, that there’s something deeper in us, that’s either struggling to come out, or that we’re suppressing. I’ve watched horror movies for years, which is a whole other story, but that plays into the first verse, the idea of being chased while you don’t know where the hell this hallway is taking you, and yet you keep running. Life, right?”

“Honestly, the inspiration just came like most of my writing — often, it’s me sitting at my kitchen table, with a cup of coffee, or if it’s the evening, maybe some bourbon, with guitar and notebook in hand, trying to make sense of life,” Ritter said. “This song is mostly written in first person. The horror movie imagery is me trying to reach the metaphorical end goal of life. What that is exactly is different for everyone, but the similar feeling we can all agree on is, ‘I see where I want to be personally, but I don’t know how the hell to get there.’ I resonate with that deeply.”

Ritter also cited the song as a particular and personal highlight of his music career.

“I remember [at] the album release show of Stereo of Steel, I played ‘Wears My Face’ just like the record — just me. And the amount of people who already knew the tune and were singing their asses off, just blew me away. It was a pivotal moment for me, personally. I take that memory with me each time I step on a stage.”

And while Ritter seemingly enjoyed discussing “Wears My Face,” it would seem that, in general, he prefers maintaining a tighter lip. To him, a song can mean anything to anyone and he’s not one to ruin the experience.

“I love discussing the meaning of songs, one, because I’m such a fan of writing and of music in general,” Ritter said. “Like all of my songs, I’m trying to say something. Something that’s meaningful to both me and my listeners. But for me too, I absolutely love the mystery behind it all. I’m fine with not knowing what a certain song means, as a fan, and, even more so, I love when people attach their own meaning to my songs. That’s the beauty of songwriting.” •