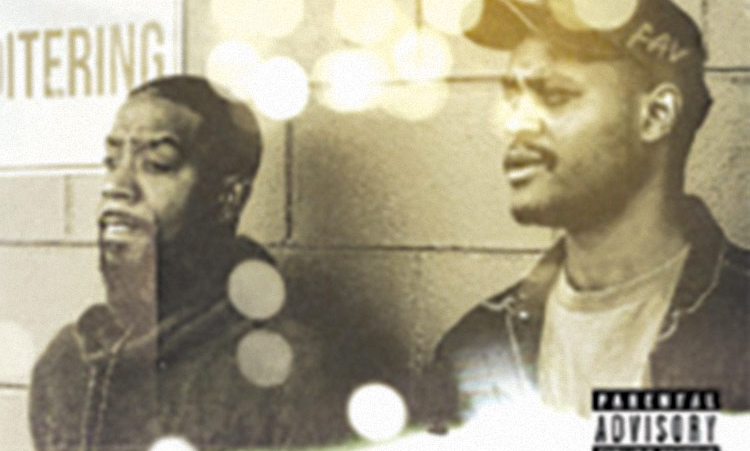 If it sounds like Kendall Robinson has the blues in Barrel & Biscuit’s “All I Got,” it’s because he knows a thing or two about having them. Take, for example, the time, six years ago, when Robinson, aka Kendall Ellijah Dynamite, took a hard gamble by leaving his home with nothing but a suitcase and an uncertain future.

“I left my hometown of Hyattsville [Maryland] after an intense breakup and during something of an existential crisis,” he said. “I’d just met my current girlfriend online, and I decided that I was either going to change things up or, well, die there. I packed everything I could fit into one suitcase and caught a bus here like an old blues song. We knew each other for all of maybe two months, and it could’ve gone wrong for sure, but we’ve made it work now for six years.”

“All I Got” rolls with a tamed grace, subtly blending contemporary polish and bluesy grit. Along with Rmllw2llz (Romell Weaver) — the other half of Barrel & Biscuit — Robinson lays out a smooth-as-hell, mid-tempo bounce and groove that will have you nodding your head and swaying your hips before you know they’re moving. For his part, Robinson prides himself on being a student of the Delta blues, an influence that shines brightly in the grime-ridden guitar tone, while his light, soulful singing smacks of ‘70s Motown slickness.

“I had an intense period of listening to almost exclusively Delta blues,” Robinson said. “Musically, this song is influenced by a criminally unknown blues artist named Jimmy Lee Williams. He has a song called ‘Hoot Your Belly’ that is about an affair that he was ending by skipping town. And his guitar tone was so deliciously crunchy, I had to emulate it. I came up with the riff first while playing around in Open D, and everything kind of tumbled out. But, when my girlfriend start singing it later that day, I knew I had a good song.”

At its core though, “All I Got” is pure love song, an ode to the tangling of two people’s separate lives. According to Robinson, he wanted to compose something that could be held along the same lasting lines as Kris Kristofferson’s “For The Good Times” or Johnny Cash’s “Ring Of Fire.”

“It’s hard to make the past disappear when new love blooms,” Robinson said. “But hell if it ain’t worth trying, you know? Love has saved my life countless times, and this song was my attempt to capture the perfect blend of style and substance about that, about love.”

Though Robinson is the first to admit that you shouldn’t look to him for answers. He’s only got questions:

“It’s like, I know we’re in love, but how the hell did we get here? Are we staying? What did we sacrifice to do it? How much does the outside world matter to us, to this love? Are we going to try and keep this flame lit eternally? Can I continue to grow as a person while giving and receiving this love without losing my way? And as long as these questions exist, other folks and I will continue to write about it.” •